Canada is one of the wealthiest countries in the world, the second largest country based on land mass, and a nation with a massive fresh water volume in lakes and glacial basins. But it hasn’t always been easy, and over the years we’ve seen ongoing boundary disputes between the Canadian government and First Nations, the US, and even some parts of Europe. Some of these dispute even continue today.

The 10 border disputes below focus on both historical and recent spatial boundary disputes that have shaped what our country is today.

In 1973, Denmark and Canada established the maritime boundary separating the Kennedy Channel, and Hans Island fell right on the boundary. Since the first boundary agreement in 1973, there have been countless disputes regarding the small, uninhabited island.

In 2005, Canada and Denmark signed a joint statement to civilly continue the boundary settlement. Although this island has no economic value, giving up the island (on both parts) can cause potential issues with arctic claims. 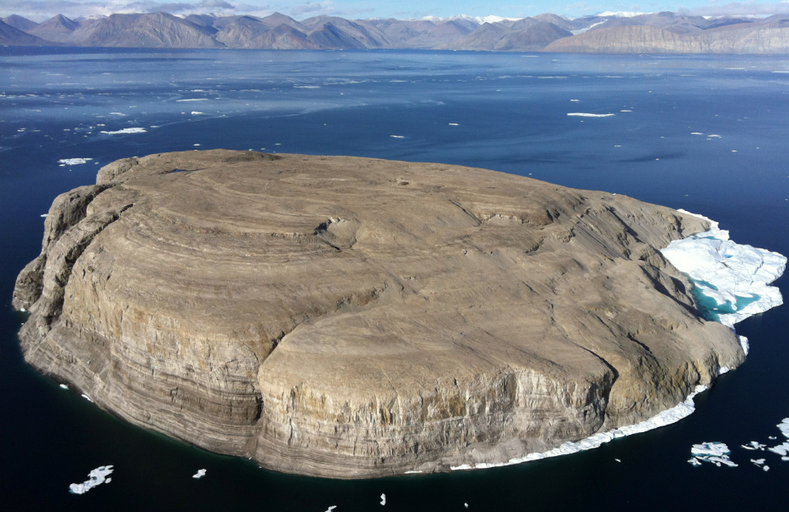 The Enbridge Northern Gateway pipeline was created to transport oil from coast to coast in Canada, as well as create international trade ties with China. The Canadian government sees the pipeline project as an economic boost for trade ties.

The pipeline will run through Aboriginal land, which was given to First Nation groups by the Crown. For a pipeline to invade that space to provide economic value to the government has proven to be a national issue because First Nations rely on and live off the land using traditional methods. Many First Nations tribes, such as the Métis and Cree, will be impacted. The pipeline can also cause environmental issues. If there is a leak in the pipeline it will heavily impact First Nation land, causing food and resource supplies to rapidly diminish.

The Enbridge pipeline is still an ongoing issue trying to be resolved by the government and the leaders of the impacted First Nation communities. 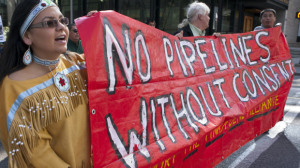 This boundary dispute between the two largest provinces in Canada is more of a political issue between provincial and federal governments. Numerous moves and plans from Québec have been made over the years regarding the desire to separate from Canada. The boundary disputes have not only affected Canadian citizens, but have also impacted the economic market, especially the real estate market, causing the border property prices to drop significantly.

The Parti Quebecois has since lost their standing in the provincial government, and there have been no recent discussion regarding the past boundary disputes. 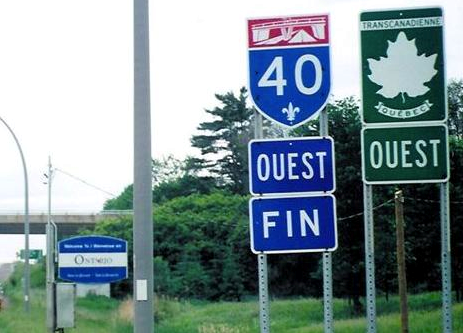 When the US purchased Alaska from Russia, the issue arose as to where the international boundary between Canada and the US would fall. The main point of debate was the issue of the fjords. The Fjords along the border provide a direct, accessible trade route for northern territories, including the Yukon.

The boundary dispute was resolved in 1903, which proved to be helpful to have the US as allies with the British, allowing them to work together during World War I. 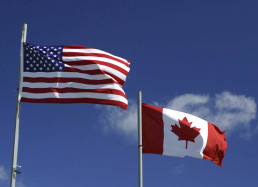 The Northwest Passage is a corridor that runs through Canada’s Arctic and the northern coast of North America.

Europeans explored the Northwest Passage for centuries to determine if it was a viable route for commercial trade. The Passage is now one of the most accessible passages to get supplies to the Arctic. With climate change, it is becoming more of an issue. The ice that used to cover the Northwest Passage has depleted, making the passage-way more accessible to be used for trade, supply shipments and further Arctic exploration. There is no settlement for the claim of who owns the boundary of the Northwest Passage.

Canada claims the Northwest Passage to be Canadian internal waters, while some parts of Europe and the US say the passage is an international strait. 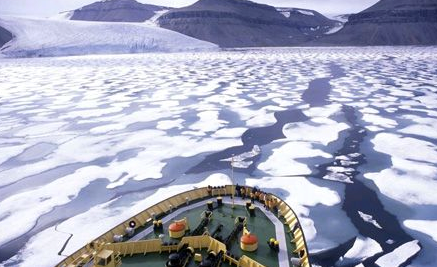 This historical dispute lasted 3 months from July to Sept 1990. The initial conflict sparked when the town of Oka planned to expand a golf course by 9 holes. The expansion plan of the golf course fell onto the burial ground of the Mohawk tribe that was marked by the tombstones of their ancestors. The Mohawks decided to fight the expansion by creating barricades on the boundary of their land using police vehicles.

After 3 months of constant fighting and protest, the mayor cancelled the plans to expand the golf course, bringing the Oka crisis to an end. 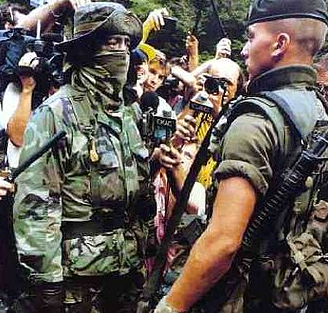 The Juan de Fuca Strait is an area of water that runs between Vancouver Island and Washington State. The waters of the strait have high concentrations of halibut and salmon, making access to the strait a commodity.

It was a very civil settlement on how to divide the strait for fishing areas. The Canada and US decided to use the principle of equidistance to claim fishery zones using their baselines. 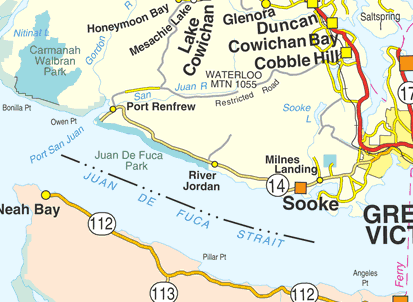 Machias Seal Island is a small Island in the Bay of Fundy and Gulf of Maine. In the 1980s, the International Court of Justice created the boundary to separate New Brunswick and Nova Scotia from Maine; however, they left out the small surrounding islet area. The island has a low number of inhabitants, and a lighthouse that was built by New Brunswick in 1832.

Since it is such a small piece of land, both the US and Canada have put the land claims on hold. 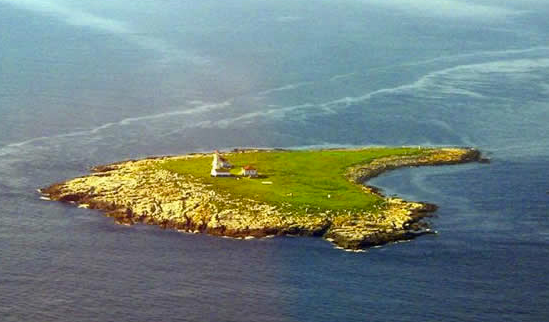 Claim: Québec vs. Newfoundland and Labrador

The Labrador boundary dispute was a major and historical issue that began in 1927. It involved the territorial limit between the province of Québec and Newfoundland and Labrador (which was not part of Canada at the time). The boundary between the two provinces is the longest inter-provincial boundary in the country, measuring a total distance of 3500km.

The boundary dispute came to an end when Newfoundland joined the confederation in 1949. It was at this time when the boundary between the provinces was confirmed and marked. 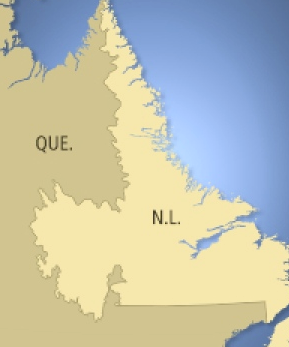 Saint Pierre and Miquelon is located southwest of Newfoundland and is the closest European nation to Canada. The main issue regarding the island was how to establish boundaries to resolve the fishing zones.

In 1989, the boundary was established based on the exclusive economic zones from France and Canada. The island of Saint Pierre and Miquelon is French owned territory. 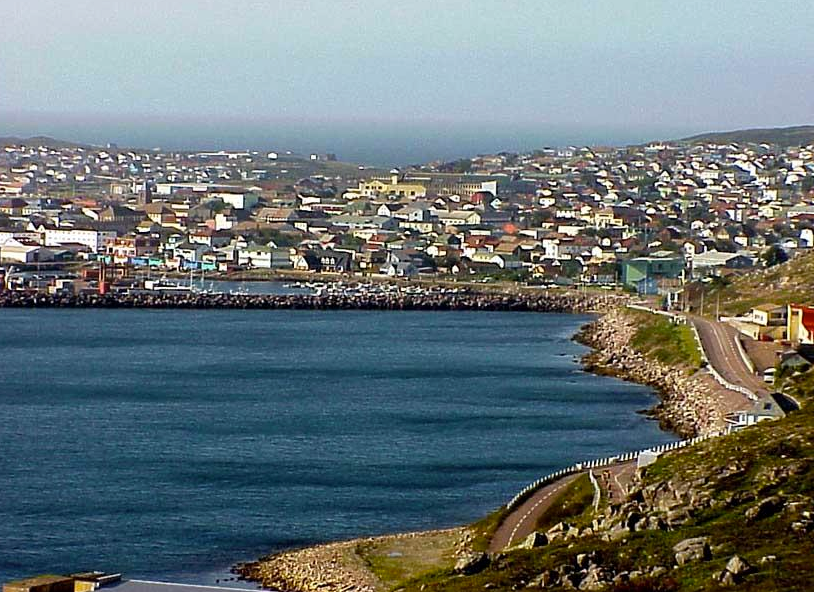 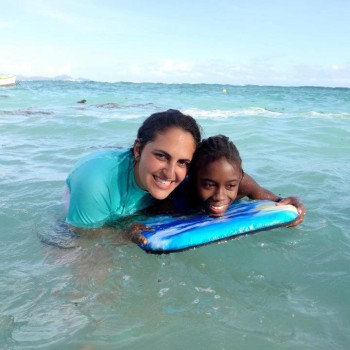 One comment on "10 Canadian Border Disputes that Shaped our Country" 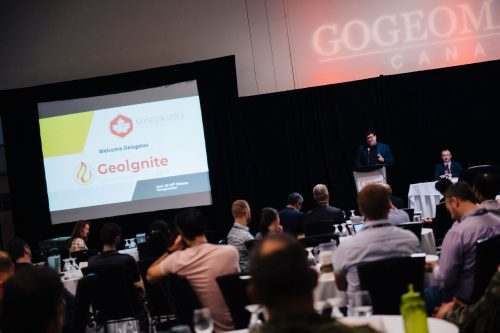 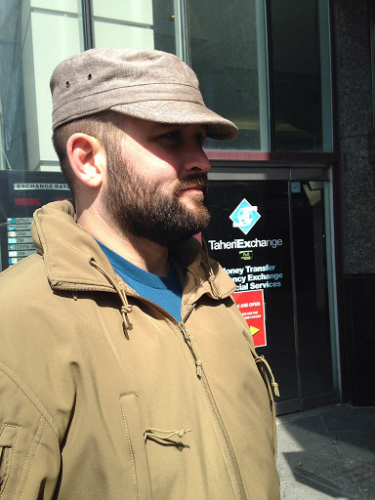 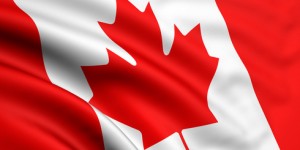