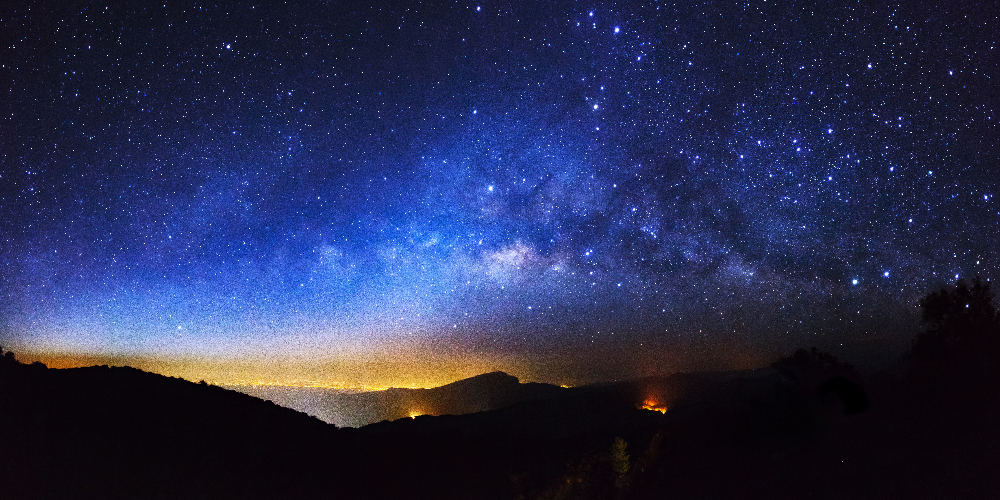 It was another long weekend (Victoria Day) and as usual I was searching for accommodations in and around BC at the very last minute. I was almost about to give up on my search when I saw an article about an Observatory in Osoyoos, BC, which is also a bed & breakfast. I had been thinking of visiting Osoyoos for a long time owing to its very special geography. 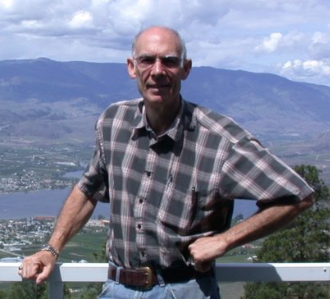 Jack B. Newton, Canadian astronomer, and award winning author and amateur astrophotogragher in both film and CCD.geography.

Osoyoos pronounced “O-sue-use,” is a version of the Okanagan word “Sooyoos,” meaning, “the narrows of the lake” or “the place where two lakes come together.” It is Canada’s only desert, having the warmest annual temperature, lower precipitation (though there have been weird occurrences of hail in the month of July), and is home to the warmest Fresh Lake.

Besides Mt. Kobau, Anarchist Mountain offers dark skies with minimum light trespass from Osoyoos. The Town of Osoyoos has restrictions in place on upward-pointing lights and is encouraging the use of full cut-off lighting (i.e., lights that are shielded and point downwards rather than into the skies above). 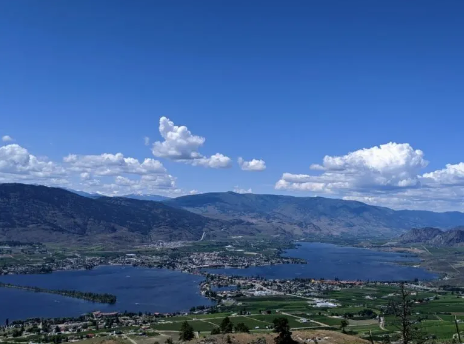 I did not realize the accommodation I was looking for would turn out to be such an unforgettable and astounding experience. Osoyoos is undoubtedly one of the best places in Canada for stargazing, but Jack’s wealth of knowledge is what leaves you spellbound. 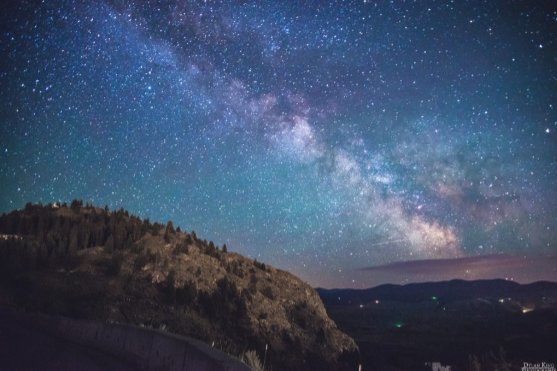 If you go to Google maps and turn on the Satellite Layer, search for the Anarchist Mountain Lookout in Osoyoos. You will be able to identify an interesting and distinctive white, dome-shaped structure. That is where Jack and Alice Newton Observatory is. We drove from Vancouver to Osoyoos to just visit the town, but what began after  was a tour of the entire universe.

Well, this is not the only Observatory that Jack built. He has left a trail of domes across the country, starting with the one he built back in 1969 at the south end of Winnipeg. Others followed in Ontario, Victoria, Florida, and Arizona. The Jack Newton Observatory, Bed and Breakfast, Osoyoos, offers superb views of the Osoyoos Lake, the charming town below, and the clear skies. Inside Jack’s dome, his impressive telescopes include a large 0.5 -meter (20-inch) Meade scope. One of the telescopes is specifically designed for viewing the sun and includes a hydrogen-alpha filter which allows the sun’s prominences and sunspots to be safely viewed with extreme clarity. 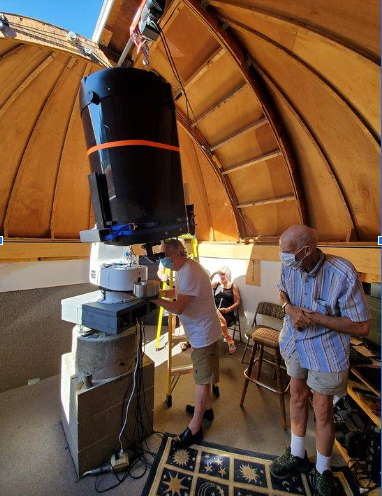 Evening tours for the B&B guests let you view constellations and galaxies, while the morning tours offer glorious views of the Sun’s surface, some planets, and even the Moon. We were lucky to view Mars, the North Star, and the Sun’s surface at two different times of the day, and we even spotted a space station when it was in orbit, at perfect timing.

Jack was generous to email us one of the shots of the Sun’s surface and it is magnificent. 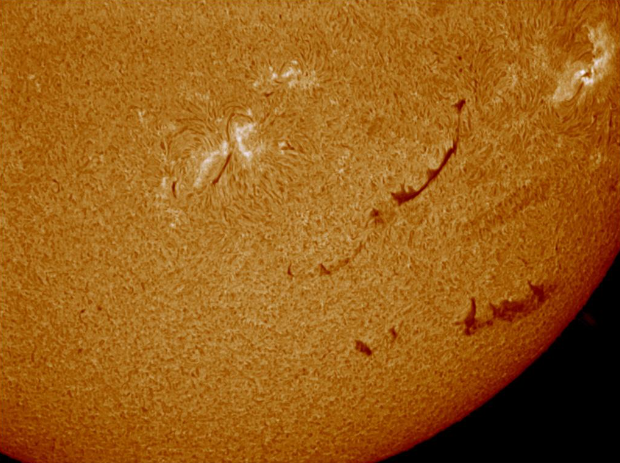 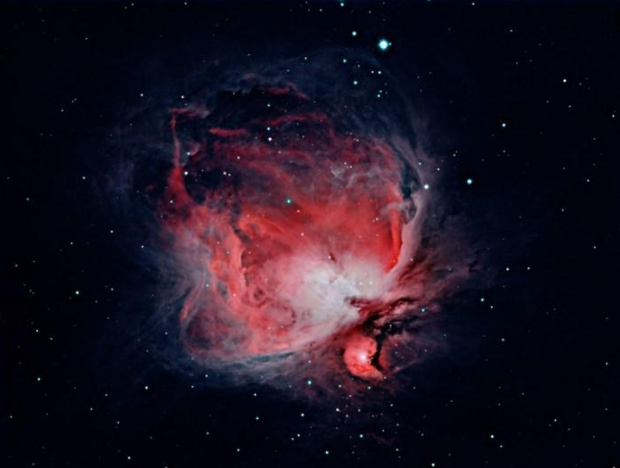 There is a compilation of amazing pictures using a sophisticated lens by Dr. Robert Berdan

Jack and his wife have even been honored by having a minor planet named after them. Jack has authored several books on astronomy, gives lectures, and provides one-on-one instruction on how to make high-quality astrophotography from his astronomy bed and breakfasts in Canada. 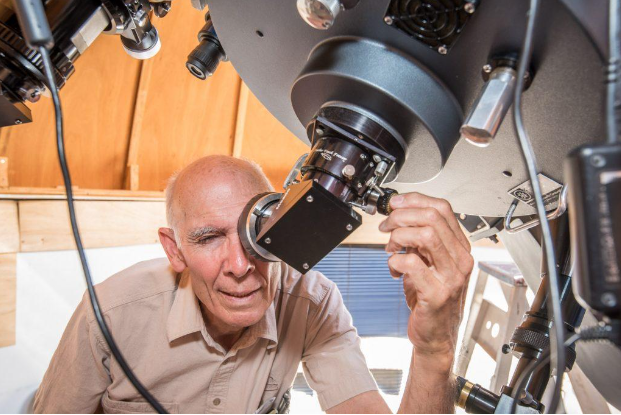 I hope you can make a visit to this Observatory and this beautiful town some day. I am certainly visiting again 😊 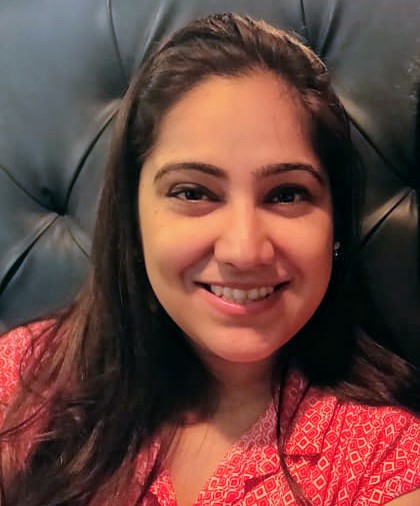