During the U.N Climate Change Conference (COP26) in Glasgow last week, the European Space Agency announced a new constellation of satellites to track human-made greenhouse gas emissions. The constellation, the European CO2 Monitoring and Verification Support Capacity (CO2MVS), will be a part of the ongoing Copernicus earth observation mission. The mission aims to enhance our understanding of two of the most common greenhouse gases, CO2 and methane, to keep on track for meeting climate change mitigation targets. The ESA hopes to have the constellation operational by 2026 as an effective tool to help meet emissions targets outlined in the 2015 Paris Agreement. To learn more about the new CO2MVS Constellation, check out the full article on Space.com.

With an estimated 700 million people (that’s 8.8% of the world’s population) going to bed on an empty stomach each day, hunger is still one of the biggest problems we face. While world hunger is a decades-old problem, a new map hopes to illuminate some of the unique issues facing different food-insecure communities worldwide. The HungerMap from the U.N’s World Food Programme highlights significant factors in the various regions that may be causing the food insecurity issues. Some of these factors include; hazards such as drought or flooding, conflict, undernourishment, vegetation, and rainfall. Using the map to visualize where these issues are most prevalent, the creators hope to provide targets for investment, allowing governments and humanitarian agencies to target their relief to the communities most in need. To learn more about the HungerMap, click here.

New developments from Sandia National Laboratories may change the face of global navigation as we know it. Researchers have created a new quantum device that may end our reliance on GPS for good. GPS signals rely on satellite networks for location triangulation and can be spoofed or jammed, reducing their reliability. The team from Albuquerque has created an avocado-sized vacuum chamber to demonstrate the initial implementation of the technology and additionally have designed a more practical case out of titanium and sapphire that works without a high-powered vacuum system. By containing clouds of atoms at the right conditions, these devices could track their locations without reliance on satellites, much like an atomic clock does. To learn more about this next-generation navigation technology, click here.

ProPublica recently completed a significant analysis of 5 years of EPA data, resulting in a new map highlighting some of the areas with the poorest air quality in the country due to industrial emissions. The map identifies more than 1000 “toxic hotspots” across the country and found that over “250,000 people living in [these areas] may be exposed to levels of excess cancer risk that the EPA deems unacceptable.” To learn more about the research, and explore the map for yourself, check it out here.

Smart Building Technology Poised to Explode Post COVID-19, but Should It?

Many companies are implementing new “smart building” technologies as a part of their return to office plans. However, many wonder what technologies such as under-desk sensors similar to parking spot occupancy sensors, introduced by some European investment banks, will be used for. The technologies exist to monitor employees in almost every way in an office setting, not just on the computer, by who and how they interact with the office. But should they be used at all? With prime examples such as the recent Facebook whistleblower scandal, should we be questioning the innocent or nefarious intentions of what these technologies can do? For an interesting discussion on the topic, find more here.

Large construction projects often involve various contractors and companies and can be spread over a large area, making traditional monitoring processes difficult and time-consuming. A new tool taking advantage of earth observation platforms is hoping to change that. ConsTRACK is a new tool developed by the ESA based on information from Sentinel satellites such as optical, thermal, multispectral, and air quality data. Landsat multispectral and SAR are also used in some situations. The automated tools rely on machine learning and deep learning to classify features and time-sensitive data to detect change throughout the completion of a project. For more information about this exciting new tool, click here. 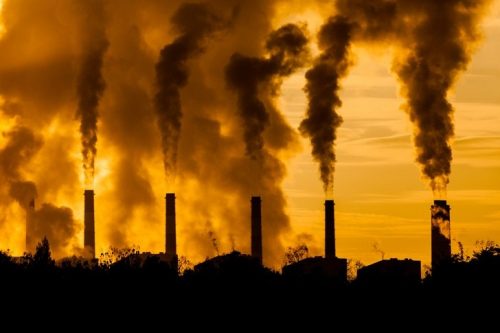