Students at School of Military Mapping at Algonquin College

Whether its businesses, governments or for personal use, Geomatics offers everyday solutions to the worlds questions. The Canadian Armed Forces is no exception. These highly trained and dedicated Geo Techs  are members of the Military Engineering branch. Military Geomatics Technicians are primarily employed by the Canadian Army, but they also support the Royal Canadian Navy and Royal Canadian Air Force. Like everyone who uses Geographic Sciences, the military uses cutting edge technology for the measurement, management, presentation and analysis of geospatial data, on land bases, ships at sea and as field technicians.

Upon graduation from basic military training, members attend a 20-month Geomatics Technicians Course at the School of Military Mapping at Algonquin College. When deployed, they use satellite images, aerial photography and field collected data. All the pieces are used to create the GIS files that is used to plan and execute battlefield sorties or exercises. While not all of what they do, these are some of important jobs that a Geo Tech in the Canadian Military performs daily.

Computer Software and Hardware.
As an integral part of a team of Geomatics Technicians, members are taught the how to troubleshoot and repair the hardware and software used to carry out their responsibilities within their command. Whether the member is on a base in Canada or overseas, they must know how to keep the computer hardware and software functioning.

Collecting Raw Data.
Terrain changes over time and for many reasons. While satellite images are useful, the location of certain roads, buildings and landscape can be accurately pinpointed using GPS units and physical data collection. A military technician can go out in the field and collect survey and GPS data. This provides the most up-to-date information for any battlefield operation.

Geographic Information Systems and Data.
Similar to civilian jobs, the Geo Techs are responsible to maintain and compile GIS data in the form of shape files. This means converting data that has been collected in the field, as well as importing GIS data from government agencies.

Using Remote Sensing Data.
A field technician must be able to acquire and integrate satellite imagery to create terrain models to aid in the creation of battlefield plans.

Using aerial photos captured by military aircraft, technicians are responsible for georeferencing and integrating the images for use in real time exercises or battlefield maneuvers.

Ultimately, a geomatics technician will produce local maps that shows the surrounding area, with the most up to date information. This includes satellite and aerial photography as well as GIS shape files. These maps could show enemy locations and possible terrain impediments that would make a planned battle unattainable.

Cartographer.
As well as being a GIS Technician and a Remote Sensing Technician, the military technician must be a Cartographer. It is important to have a properly designed and correct thematic map to aid in the planning and execution of any exercise.

In a large battlefield exercise or actual wartime operations, it is paramount that everyone has the same maps, based on the most current data, and is distributed to the proper personnel. The military relies on a command structure, and not all members need to have the information that a military technician produces, but they better be the same map. Out of date and poorly designed maps are of no use to anyone.

In this ever-changing world, up to date and accurate information is essential for modern warfare. Whether it is the soldier, boots on the ground, going building to building in search of terrorists. The pilot, looking to make a clean bombing run at high altitude, or the naval vessel firing ordinance from five miles off the coast. GIS plays a role in how modern warfare and modern peace keeping is carried out in the military. The military Geomatics Technician works in all branches of the military – land, sea and air. It is a technical and complex career, but it is very much important in keeping the Canadian Military Personnel safe and able to return to their families.

A Canadian surveyor sights a bearing with a traverse table alidade during the First World War. After the war, hundreds of trained surveyors applied their skills to mapping Canada 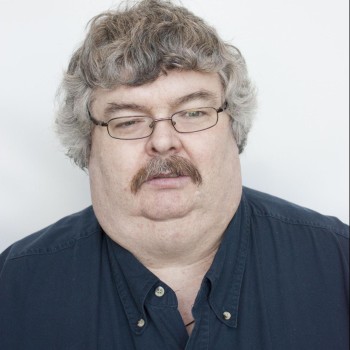 Richard Davenport was a Naval Communicator in the Naval Reserves for 9 years, from 1983 to 1991. Recently, he has graduated from NSCC Lawrencetown – Centre of Geographic Sciences (COGS) with a diploma in Geographic Information Systems, and is currently seeking for employment in the Geomatics field.