In today’s geomatics society, ArcGIS, developed by Esri, is a giant and dominates the GIS software market. However, there are some other great and powerful GIS software applications. QGIS is a typical GIS application among all of them.

Quantum GIS (QGIS) is one of the most popular open-source geographic information system (GIS) applications in recent years. More importantly, it is free to public. The free access is quite attractive for students and researchers with tight budgets. There are many other advantages that make QGIS stand out from the various GIS applications. This article will bring you through the creation and development of this popular open-source GIS application. The merits and demerits of QGIS are pointed out in the second part of the article.

The invention and development of QGIS

A former senior technical analyst, Gary Sherman, began the development of Quantum GIS in 2002. The first release was in June 2002. Initially the developers wanted to create a GIS application that could be run on Linux. Currently QGIS runs on multiple operating systems (Linux, Unix, Mac, and Windows). After nearly 7 years of development along with more than 10 previous versions, QGIS officially launched its 1.0 version in Jan 2009.  Users and developers could customize functions that they needed by integrating plugins developed in C++ or Python.

Gary Sherman and his volunteer support teams continually release new versions of QGIS, adding and revising functions for both the core application and plugins. The most recent version for QGIS is 2.18. Versions of QGIS higher than 2.0 are able to use database language Oracle spatial and MySQL. Recently, the QGIS official blog announced that they are planning to release QGIS 3.0 with many improvements.

Different from ArcGIS and some other commercial GIS software/applications, QGIS is supported by a large volunteer group. The volunteer group is managed by a project steering committee (PSC). On the official website of QGIS, there is a section that allows volunteers to participate in developing and maintaining the application and its plugins. Detailed information such as coding standards and unit test procedures can also be found in the same section. With countless contributors involved, QGIS will keep going forward and benefit for all users require open-source GIS application.

QGIS has several advantages. When you want to import different types of data, QGIS is a good choice, as there are more than 70 GIS data formats supported. Unlike some other open-source GIS applications, QGIS tries to provide a user-friendly interface. QGIS also provides a smooth data entry process, the input and table settings are completed when creating the shapefiles. Compared to ArcGIS, QGIS can help you solve geospatial problems without paying a license fee (free license available). As I said in the beginning, this impressive advantage makes QGIS stand out and it is a main driving force for many volunteer developers. The more than 300 of plugins give users great convenience for customized analysis. New plugins can always be added to the QGIS, through the plugin web portal, and you can even upload plugins created by yourself. Moreover, for labeling GIS maps, QGIS offers choices to show maps with aesthetically correct visual effects. Lastly, QGIS has a multi-language support application, supporting more than 40 languages.

Of course, there are still some aspects that QGIS could be better in the future. But, due to the limitations of its code and its algorithms, complex analysis such as network analysis and 3D analysis, require longer time or cannot be done by QGIS. It cannot be denied that QGIS could benefit from faster analysis speed for most operations.  “Topology error” is another headache for cartographers. Unfortunately, QGIS will not tell you how to fix it. You might think it’s crazy when there are hundreds of topology errors waiting for you. Before applying geostatistical tools in QGIS, you’d better have a good background knowledge of these tools. QGIS will not explain the stats for you. Model builder functions in ArcGIS is an ideal sample for GIS modelers with few experiences. If QGIS were to develop and improve its graphical modeler in future versions, I believe, users would be appreciative.

27 differences between ArcGIS vs QGIS Link

The use of QGIS is increasing

Along with its fast development, QGIS become an alternative to commercial and research GIS. The QGIS official website shares case studies (user stories) provided by QGIS users all over the world. Users presented their projects and indicated the benefits by using QGIS.

In December 2011, an interesting analysis on QGIS user location was completed by Gary Sherman, the founder of QGIS. By geocoding the I.P. addresses where QGIS was downloaded, Gary found that there were at least 100,000 worldwide users.  As this was a previous data retrieved 5 years ago, now QGIS has a much larger user group.

Andrew Jeffrey from Snowy Hydro Limited (SHL) in NSW, Australia applied QGIS to automate the snow classification process and created a GIS dataset for future statistical analysis in February 2015. The classification tool is proven to be repeatable and consistent. Similar analysis could be applied for Canadian research institute or government as it is believed that our country needs many geographic research or analysis regarding snow and its simulation.

The latest story was shared by QGIS user from eCampus Unversity in Italy. The author used some QGIS tools and plugins to create links connecting different linear layers of Cesena’s city wall with pictures and established a 3D model of Cesena in November 2016. QGIS was believed to have the only effective analysis tools for the numerical map contents.

The future of QGIS

As QGIS 3.0 is already on its way, users are excitedly waiting for the next release. A lot of current users want 3D view and additional functions applied in QGIS 3.0. Some other users are looking forward to the further development of database and plugin pools. Last and the most important, we hope QGIS would keep free access to the public in the future. 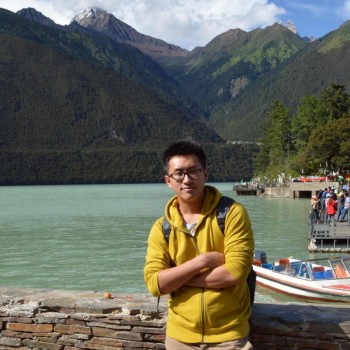 Francis has recently obtained his Master of Environmental Studies degree from University of Waterloo. Before he came to Canada, he attended China University of Geosciences for his undergraduate study. Now he is working at Leica Geosystem Ltd. in the geomatics sector.

3 comments on "The Future of GIS Software? QGIS A Popular Open-Source GIS for the Masses"