On Thursday, May 16, 2013 and the following Friday in Toronto, I had the privilege of attending a conference on the development of urban centres and their current and growing issues of the future. The CityAge Conference entitled and with a focus on “The Modern Metropolis” was a gathering of industry leaders, business people, politicians and the likes, voicing their expertise, enthusiasm and ideas to handle the growing problems of our growing cities. http://www.cityage.tv/toronto/

Although the conference touched on several aspects of city development ranging from the economic concerns, demographic changes and planning, the use of geomatics was time and time again referenced and used to illustrate and better understand how we can improve and better prepare our environment for an increasingly urban world. Three themes that were recognized and were of interest were the importance data, the use and maintenance of digital infrastructure, and of course the role of the geomatics building on the previous two themes as a tool for city success.

The conference consisted of panel discussions and presentations one after another, which included a strong Canadian involvement in the discussions, but also international expertise and experience. The Keynote Address was given by Richard Michos, Global Vice President, Smarter Cities, IBM. His presentation was entitled “Resilient Cities: How Visionary Leaders are creating opportunities through innovation”. Using examples of IBM and the idea of fusing business, data and technology, Michos stressed that smarter cities can use information and data to anticipate problems and better utilize resources across multiple disciplines.

Presentation by Richard Michos of IBM

Big data was the term frequently used referring to the importance of accuracy and large quantities of data to make informed decisions. He argued that Big Data can better continue growth of urban populations, citizen engagement, sustainability and resiliency and Michos strongly spoke of crime fighting, public safety and emergency response. One example that was used to stress how big data can help society, especially urban areas, was in analytics used by the police to see trends in locations, improving police presence, crime fighting and reducing crime rates. http://www.youtube.com/watch?v=_ZyU6po_E74

This theme of data importance which frequently dealt with location analysis was extended with the session on “Cloud Cities: How the data age is shaping our urban future”. The Panel Chair for the session was Siri Agrell, Senior Manager of the office of the Premier of Ontario and known Urban Affairs Reporter. The panel consisted of:

The discussion on of the “Cloud City Era” spoke of how cities through open data are creating innovative management systems to better reflect the 21st century. This allows professionals to tackle urban problems as diverse as the people who live them, from traffic and of course crime. Digital infrastructures quickly became a concern for the panelists, pushing for data storage in suitable buildings to house data and allow proper function, use, quick access and high security. Current practice of digital infrastructures involved unmarked buildings with high levels of security.

A number of subtopics arose from the discussions of the panelists as well as contributions from questions from the audience. Toronto, as many know, is an amalgamated city that formed its current size and political borders in the late 1990’s. With Municipalities uniting as one big city, Toronto entering the 21st century had to handle the paper base and quite fragmented data of the newly shaped city. Digital infrastructures and Big Data now had the problem of transferring and equalizing the amount of the data throughout the city into technology and making it easier to handle, store and work with it. For those of us in geomatics, it is understood that working with data with discrepancies is undesirable when making an accurate analysis using GIS, remote sensing, and practising cartography.

Health was referenced as a question due to increasing wireless technology especially in portable devices. The panelist from Ericsson Canada answered back with regulation from the proper authorities as the best way to balance human health and the advancement of technology which was mentioned to incorporate GPS. This also brought about the concern of privacy and surveillance.

Using twitter as an example, a member of the audience spoke of the shortening of information and data, the municipal politician was alarmed by the fact that city debates were being cut down to the mere resolutions, completely cutting off the debate that led up to it, being released to the public.  This concern was bridged into the digital infrastructures, questioning if in deed urban politics was fully making use of the data being collected and used in informed decisions and not being compromised.

Jay Mezher, National Director, Virtual Design & Construction, Parsons Brinckerhoff, had a presentation on “Visual Design and its Contribution to Resilient Infrastructure”. Mezher effectively illustrated the success of combining data, technology and the use of geomatics to make informed decisions on grand urban scales.

His project on the Alaskan Way Viaduct and Seawall Replacement in Seattle was the jewel of his presentation, promoting 3-D and 4-D modeling and GIS to map out construction plans before issues are realized during construction. His visuals were widely accepted by the conference as the future of city building thanks to the exceptional use of data and technology in architecture, construction, engineering and of course geomatics.

My experience at CityAge’s Conference on the Modern Metropolis both educated and reminded me of the responsibility we all have as educated, technology savvy professionals to treat data as a resource. Through decision support, data and technology, whether from geomatics or not, can help us plan our cities for the issues of today and the problems of tomorrow. 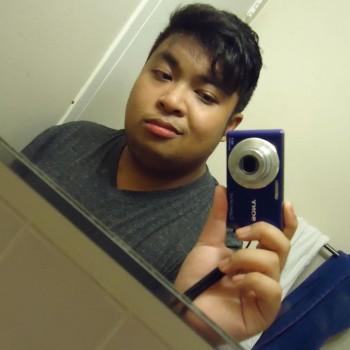 One comment on "The Modern Metropolis & the Role of Geomatics: Toronto City Age Conference Review"