VICTORIA, Esri Canada User Conference –Western Canada Marine Response Corporation (WCMRC) was presented with an Award of Excellence by Esri Canada for implementing a GIS strategy to improve operational efficiency with the Geographic Response Planning Tool (GRPT).  As Canada’s only west coast oil spill response organization that is certified by Transport Canada, the ability to manage assets and disseminate information in a timely manner is mission critical to response planning.

“Our vast response area requires us to not only coordinate vessels, equipment and personnel, but also to ensure that we can visualize where available assets are at all times. We recognized the valuable time lost converting information from existing documents onto maps and the advantage of having our area plans prepopulated into Esri’s mapping technology,” said Jocelyn Gardner, Response Readiness Coordinator, WCMRC. “The major benefit has been the creation of a shared and accessible repository to house all response information including assets, coastal resources, sensitive area locations and spill response information.”

Covering the entire 27,000 kilometers of Western Canada’s coast line and extending out to the 200 nautical mile limit, WCMRC is mandated with ensuring a state of preparedness to mitigate the impact of an oil spill if it were to occur.  The GIS-enhanced GRPT has become an important part of the strategic planning process aimed to protect wildlife, economic and environmental sensitivities, as well as the safety of responders and the public alike.  With immediate visibility of data, WCMRC can now quickly identify areas that may require a protection strategy based on topography, surrounding infrastructure and known threats and hazards. The specific area plans contain related information on unique operating issues, notification protocols, mobilization procedures, logistical resources and operations and planning materials.

“WCMRC has been tasked to safeguard one of our most prized natural resources and it’s vitally important for them to be prepared for any incident that can potentially impact the environment,” noted Alex Miller, President, Esri Canada. “Utilizing GIS technology to power the GRPT puts dynamic map data into the hands of responders and allows them to make quick, informed action plans to mitigate the impact of emergency incidents.  We applaud the WCMRC for their efforts to protect our beautiful coast line.”

Currently, the tool is used for response planning and contractor training exercises to identify the right equipment and resources that are to be dispatched.  Moving forward, development of a robust live situation map will integrate trajectory spill modeling while field data collection will feed directly into the application.

About Western Canada Marine Response Corporation (WCMRC)
Western Canada Marine Response Corporation (WCMRC) is the only Transport Canada certified response organization for Canada’s West Coast. The organization is mandated under the Canada Shipping Act to deliver safe and effective oil spill response services along the West Coast and out to the 200 nautical mile limit. WCMRC has equipment caches and warehouses strategically located along B.C.’s coastline. In the event of a spill, WCMRC can draw on a pool of 500 available trained responders, including fishermen and marine contractors. The organization is industry funded and government regulated. Visit www.wcmrc.com for more information. 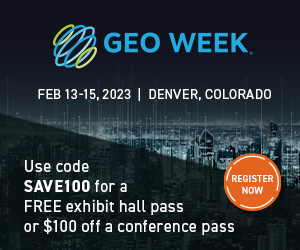