Not many companies undertake the ambitious goal of creating a new geospatial software suite from scratch. Ecere, a Canadian company based in Gatineau, Québec has been developing a software platform that has positioned them to do just that.

This article is first in a series of three in which we interview Ecere’s Chief Technology Officer and founder, Jérôme St-Louis. 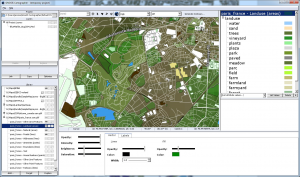 Please describe Ecere’s products and technology to our audience.

At Ecere, we’ve built hardware accelerated geospatial visualization software, capable of both three-dimensional and cartographic real-time projection. It features a 3D terrain engine performing dynamic mesh optimizations. We offer a cross-platform class library making it possible to build custom geospatial aware applications, with dynamic styling and real-time tracking capabilities, which can be overlaid over complex and large map data sets. We also provide a GIS tool, GNOSIS Cartographer, capable of importing, tiling, optimizing data from multiple sources (whether raster, elevation or vector), organizing and styling the combined layers, and publishing the resulting map either on the web or for print at high resolution. We developed capabilities to efficiently process point clouds into orthophotos and Digital Elevation Models (DEMs) which can also be used with our terrain engine.

Although we develop all the components of the GNOSIS SDK and Ecere SDK in the eC language, it is possible to write applications making use of them from a growing number of programming languages for which we will provide a native API, including C, C++, Python, Java and C# (as well as other CLI languages).

What plans does Ecere have to use the Industrial Research Assistance Program (IRAP) funding that it recently received?

The new round of IRAP funding we were fortunate to be granted will be highly instrumental in our R&D plans to complete the production of our GNOSIS Geospatial Software Suite.

In addition to improving the performance and expanding the capabilities of our GNOSIS SDK, we are building GNOSIS Cartographer into a full-fledged Geographic Information System, developing comprehensive map client/server technology which will aim to comply with OGC standards, as well as a powerful module to efficiently process point clouds collected by Unmanned Aerial Vehicle (UAV) and Light Detection And Ranging (LIDAR).

We are increasing our work force to achieve these objectives and are looking forward to bringing our full-fledged geospatial suite to the market in early 2017. 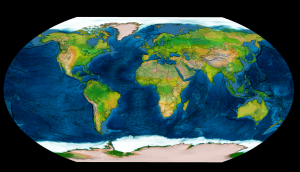 What improvement in Ecere’s products and services can we hope to see in 2017 and ahead?

The current R&D, partially funded by our National Research Council – Industrial Research Assistance Program (NRC-IRAP), will result, among other things, in significant improvements to our visualization machine at the heart of GNOSIS, both on the performance side and on the aspect of visual rendering.

We are integrating a powerful vector graphics engine into GNOSIS that will be ideal for superimposing real-time tracking information in a geospatial context.

Our products will see improvements to road maps, for which are already supported by the import and rendering of OpenStreetMap (OSM) data, including the OSM Simple 3D Buildings, as well as the Keyhole Markup Language (KML) / Collaborative Design Activity (COLLADA) models. We will introduce an advanced module for the treatment of points clouds, allowing among other things, to generate textured 3D models.

Above all, we can hope for a first full version of our GIS tool, GNOSIS Cartographer, which will allow to edit data, perform analysis and publish maps. The focus is on the interoperability of our tools. Thus supporting a large number of data formats and geospatial databases such as PostGIS and SpatiaLite is part of our objective.

Finally, new platforms will be supported and our GUI toolkit will be upgraded to perform automatic layout and cascading styling. This will greatly improve the appearance and user-friendliness of all our products, but also those of the applications developed by our users. In addition, it will be much simpler and faster to build interfaces with this new version, which can also adapt to different dot per inch (DPI) resolutions from one type of device to another.

With these improved tools, we will be able to provide more comprehensive services.

We intend to build an active user community around GNOSIS tools and encourage the development of open-source plug-ins that can meet specific needs.

We aim for significant growth as well as strategic partnerships that will enable us to offer services tailored to specific industries.

What predictions can you make about where GIS visualization will be 5 years from today?

I believe we will continue to see a growing number of GIS applications in various industries as well as in everyday life. I think augmented and virtual reality in particular will be perfected and find a lot of interesting use. Three-dimensional globe views will be more and more popular, replacing many current uses for cartographic projections. It is my hope that we will move away from Web Mercator projections, especially for worldwide views. I am looking forward to see the introduction of holographic displays as well.

Basic GIS analysis capabilities will be featured more frequently in mobile and online maps. The general public will become more familiar with it, especially as they start to support natural language recognition and users become capable of easily asking the systems to perform analysis relating multiple data sets. As open data is becoming more popular, I think we will see a trend in better collaboration between different levels of government and different countries to collaborate in producing and contributing to data sources. This will be particularly useful to address problems of a global scale. Similarly, useful data will be easier to find and access as meta-data is now standardized and catalogued better.

It is my opinion that wearable technology will become increasingly relevant, as GPS-enabled smart watches become fully capable devices on their own. Data collection from UAVs will be more automated, with improved sensors and more streamlined data processing, thanks in part to cloud based computing becoming more powerful and affordable. Sensors and the Internet of Things will power Smart Cities all over the world and present opportunities for optimization and help in reducing carbon footprint, as we strive to minimize our impact on global warming. I am quite certain open-source geospatial technology will see more adoption and become increasingly competitive with commercial vendors.

We are in fact working to position ourselves at the forefront of innovation related to a number of these areas and hope to contribute in pushing the boundaries of what is possible.

GoGeomatics wants to thank Jérôme for talking to us about Ecere and the future of GIS visualization. In the next article we will discuss how his passion with computer programming led him to embark on GNOSIS. 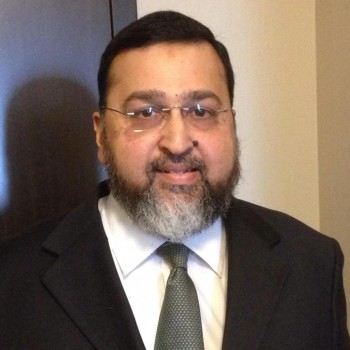 Ozair Khan is the CEO of 3i Consulting.

He has BS and MS in Electrical & Computer Engineering from highly competitive US universities as well as a Graduate Certificate in Writing from Canada.