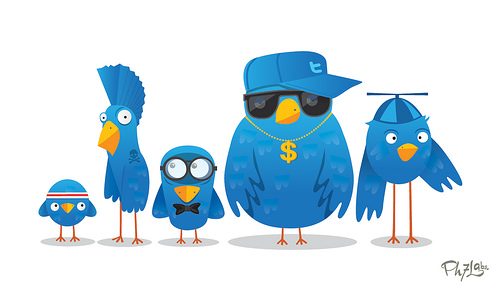 This piece is generated by my experiences with my own account @RebelGeo and as Tweeter for Canadian Geographic Education @CanGeoEdu.

GoGeomatics 2014 Canadian Twitter rankings for geomatics reminded me that I promised to write about ‘Followers’ and ‘Following’ in my last post. The ranking is qualified by GoGeomatics as based on the number of followers of each account. If you are familiar with my previous posts, you can come to two conclusions: 1. Something of interest is attracting attention or 2. It doesn’t mean a row of beans. Editors Note – The article described should have been called the 2014 Twitter “listings” and not “rankings.” The use of number of followers was done to order the article to make it easier to produce.  That being said, if no one is following you…nobody cares, so it one of the most important metrics.

I want relate again some deductions and experiences that will open your eyes to the power of Twitter. Effective use of any social media by professionals, businesses and organizations is all about connecting, exchange of relevant appropriate information, and the acquisition of something of value.

I am sometimes amused by the obsession of Tweeters with the NUMBER of Followers they have. I am also puzzled why they broadcast how many Followers they’ve gained and how many “unfollowed” them. That’s quantifying your experience. Twitter should be about qualifying.

Here’s what I learned to do. I would follow someone for a while and see what they’re Tweeting about. If there was nothing of value/interest there, I unfollowed. This was nothing personal, just preferential. I soon came to realize that some accounts I followed were invaluable. I will list them throughout the document. 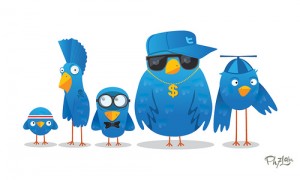 However if you are following someone of value, it’s nice to acknowledge them in some way with a retweet (give credit), a “Thank you” tweet or a #FF (Follow Friday) recommendation. Twitter is just like the real world where it’s not nice to be ignored. (@CanGeographers, take note.) However, those you are following may or may not follow you back. Don’t take that personally. I don’t always follow back because of sheer volume of the twitterfeed that can be generated.

I am also selective to a point about “Followers”. I make every effort to go through all new Followers to check authenticity. If I suspect an account is fake, spam, or phishing, I simply block it. Be wary of “ovals”, no connecting website, and little information. Scroll down to see what they are Tweeting about. You will quickly get a sense of their interests and motives. (Most annoying are the egocasters.) Some have very specific political agendas and want to lure a site of legitimacy onboard. Always check links/pics/hashtags (even from reliable sources) before you retweet or recommend.

By maintaining the optics of your account, you can become a recognized node in a network. This networking can become amazing. However, once you are perceived as legitimate, you have to maintain credibility and share as much of value and you receive. There should always be an ultimate goal in mind. In my case, it is to enhance geographic education in general, especially the geospatial skills taught by geo-technologies. I have made Twitter connections with amazing influential professionals worldwide. What I have discovered has been shared to practitioners in the broader community in Canada. The sense of purpose is gratifying by connecting easily with those of like minds who are on the edge of the latest developments, and knowing that you may be making some contribution to affecting change.

Besides being amazing, your Twitter network can become personal. One of the first geo-spatialists I encountered was on Twitter was James Boxall @JamesGIS of Halifax. Although I have known James through our work with the Royal Canadian Geographical Society, Canadian Geographic Education, and the Ministries of Education and Teachers’ Associations of the Atlantic Provinces we developed a deeper, daily exchange more efficiently effortless than telephone or e-mail. (James and I are from the same geo-evangelist factory.) Unbelievably, from connecting on Twitter, we morphed into part of a unique group. Next I discovered Jonathan Murphy @GoGeomatics and Dr. Andrew Davidson @AndrewMDavidson of Ottawa. I became acquainted with Rich Quodomine @RDQ_Geography of New York, Jonathan Murphy made me aware of Darren Platakis @DarrenPlatakis @Geoniagara. (Darren’s geo-enthusiasm is boundless.) Cross-links were established. Another key cog became Dr. Brent Hall and his team at EsriCanada. We would speak on the phone about shared geospatial interests/projects; and eventually we would all meet when Jonathan, Andrew, Darren, and Rich were inducted as Fellows of the RCGS in 2013 at the Fellows Dinner in Ottawa. (I can’t resist noting that it was here that James introduced us to the late Dr. Roger Tomlinson!)

Since then, all of this group has worked on a combination of shared projects related to the Canadian Association of Geographers, the Royal Canadian Geographical Society, or the Canadian Geomatics Round Table. So, a connection became a small network that into strengthened larger networks and resulted in products/events of value. We all shared the same focus, but from a different angle and all became real-life friends. Rich Quodomine, James Boxall, Brent Hall, and I participated in the formulation of the St. John’s Declaration in 2013. Another Twitter persona that we connected with was Karl Donert @karldonet of EuroGeo, who came from the UK to help with the St. John’s Declaration. Who would have thought?

Here are some more of the big players in the geospatial world that are of value. They are good Tweeters and in touch with the latest developments.