Nathan Heazlewood, in one of his recent articles, urges us Geomatics practitioners to be proud of the Geospatial profession. GIS and maps are the basis for many environmental projects because, let’s face it, all environmental projects have to happen somewhere. That “somewhere” is the surface of the Earth. The people responsible for the progress of their projects need to know important information like what’s happening, where, why, and who is involved.

I’m no stranger to environmental GIS projects. Many of them cross into other disciplines such as energy, finance, engineering, and let’s not forget politics.

One example of an interdisciplinary GIS project that I recently worked on is the Light Pollution Initiative with the City of Toronto. The city of Toronto was looking to reduce its lighting footprint and find methods of informing Greater Toronto Area (GTA) residents, about the effects of light pollution. Light pollution is mainly classified as any form of up-lighting and/or over-lighting that emits unwanted light into the night sky, known as sky glow. This has a number of effects, which include intense sky glow that spreads to suburban and rural areas and drowns the night sky and stars, deciduous trees having delayed adaption to season change because of prolonged exposure to light, decreased reproduction in wildlife (turtles, birds, fish, reptiles, and other insects), and increased risk of smog in urban areas. In us humans, light pollution has been linked to causing sleep deprivation in the short term, increased risk of cancer (breast and prostate), obesity, and an increased probability of early-onset diabetes.

Figure 1: NASA Image showing the eastern seaboard at night. One can clearly see the GTA, Niagara, Sarnia/Detroit, and Cleveland in the background of the image. Meanwhile, in the foreground, we see the New York Metropolitan Area, Philadelphia, Baltimore and Washington

Because a project like this can be sensitive to so many variables, like the layout of the power grid, culture of the city, socioeconomic class, and urban design of the city, it was a multidisciplinary feat, which required tactical thinking. Parts of the response were tailored from principles from Urban Planning, Environmental Engineering, Architecture, and Ecology, while being understandable to non-technical persons. Since the project was so specific to light, it quickly involved Illumination Engineering, Power Generation, and Energy Efficiency, due to the hundreds of megawatt hours in electricity being consumed by up-lighting and over-illumination. This brings more stress to an already aging set of infrastructure, not to mention that ailments caused by any form of pollution will add stress to the health network. It literally represented an onion at some points, finding hidden layers under hidden layers.

The project’s response called for highlighting areas around southern Ontario that are energy intensive. As suspected, these areas coincide with areas of heavy light pollution. The challenge, however, was to highlight light pollution at night, while most base maps show the earth during the day.

To find these highly over-lit areas, I obtained a Google base map and overlayed a geo-referenced satellite light pollution image of the Greater Toronto Area from NASA’s International Space Station (ISS). Areas of bright up lighting and sky glow around the city were obvious to the naked eye; however, the Effective Lighting Group of the City of Toronto decided to use effective lighting standards from the Illuminating Engineering Society of North America (IESNA). This meant that many installments of IESNA’s effective lighting series were involved, such as RP-8 for street and roadway lighting, RP-6 for sports and recreational lighting, RP-33 for outdoor lighting schemes, RP-2 for mercantile areas and RP-3 for schools and educational facilities. Each standard has a prescribed lighting threshold, which suggests the efficient and appropriate amount and type of light that should be used for each application. This added a twist to the project where I had to determine how much over the lighting threshold each sky glow area was, and the average amount of light in each area, in order estimate energy use figures.

I determined the areas brighter than the lighting threshold through blending the geo-referenced base map and the NASA light pollution image together in Image J image processing software, and passing that image through filters. Image J is an open source Java based image processing software. The first image filter I used was the Gaussian High Pass filter for image sharpening in order to highlight areas of bright light contrasted against dark areas. Then I applied a Gaussian Low Pass for smoothing the image and highlighting the contrast between bright pixels and dark pixels. Finally, I added the nearest neighbor filter in order to generalize individual points of up-lighting, and spread the pixels showing sky glow evenly around each area of up-lighting. This method highlighted individual points in the GTA that were contributing to up-lighting, but I still needed to find the amount of light generated by each point of up-lighting and the value that each point stands above the lighting threshold set out in IESNA’s standards.

Since Image J does not have the capacity to calculate exact threshold, I had to find another open source software package that was easy to use and used the same file formats as Image J did. My rebuttal was Open Source Computer Vision, better known as Open CV image processing software. I used the blended image output from Image J, input that into Open CV, and made some copies of it. This process called simple thresholding was applied in series. The first image was greyscaled in order to assign a value to each pixel in the image. The second image was used to classify pixel values. The third was used to set a lower lighting threshold value. These three images were then overlayed onto to each other and were made transparent in order to see the detail on all three images. This led to a pixel value being assigned to each pixel, and being able to determine the value of how much each pixel was over the defined threshold. This order of filtering was suggested by an Open CV technician, and delineated light pollution areas around the GTA with high precision. Open CV is very well suited to working with environmental GIS and has a strong point in working with polygons in photo interpretation. In retrospect, I’ve seen a couple photometric surveys of cities in my time, and I must say that the data created from this project is simultaneous with a photometric survey. And the best part is that it all happened through remote sensing. The outcome of this survey is ongoing, but there are a number of items in progress:

Discussion surrounding implementing guidelines for the GTA to implement full cut off/fully shielded light fixtures for outdoor lighting, as some parts of Ottawa have done. See the Report to Planning and Environment Committee, submitted by Deputy City Manager Planning, Transit and Environment. 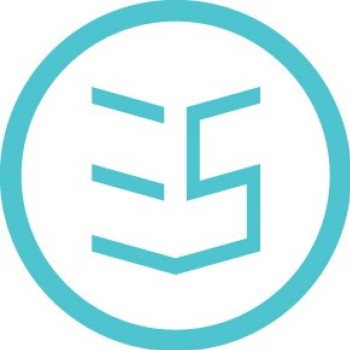