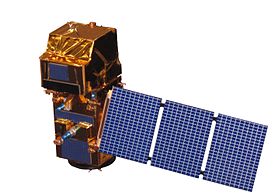 As the ENVISAT program is coming to an end, the European Space Agency has begun the process to develop the Sentinels family of satellites to fulfill the Copernicus earth observation program. In this program, constellations of Sentinels satellites will carry a range of technologies including radar and multi spectral scanning instruments for collecting data pertaining to land, ocean and atmosphere.

A constellation of two satellites sharing the same orbit, 180° apart, will cover the entire face of the earth every six days, delivering data to multiple ground stations located around the earth. This Sentinel-1 system also contains a laser data transmission system to deliver continuous data to the geostationary European Data Relay System. The first in the series, these Sentinel-1 satellites transmit advanced radar data for studying the earths surface 24 hours per day, regardless of weather, day-and-night. The Synthetic Aperture Radar (SAR) operates in C-band at a center frequency of 5.405 GHz. The mission paybacks include a variety of services capable of impacting human life and climate. Examples include the monitoring of Arctic sea ice extent, monotonous sea ice mapping, marine environment investigation, oil spill monitoring, ship recognition for maritime security, land monitoring for motion risks, natural resources mapping such as forest, water and soil management as well as mapping to support humanitarian aid and crisis situations.

This mission also comprises twin polar-orbiting satellites sharing the same orbit plane, 180° apart. The mission, once fully operational, will be to monitor the variability in land surface conditions with a global coverage limit from between latitudes 56° south to 84° north. This series will capture data in a wide swath and with a high frequency (on the equator, 10 days with one satellite and 5 days with two satellites) in multispectral bands. Sentinel-2 Satellite images are acquired on 13 spectral bands ranging from visible to Near Infrared (NIR) and Shortwave Infrared (SWIR) which spatial resolutions per the following summaries:

Sentinel data products (freely available) and download procedures will be discussed in a future article. 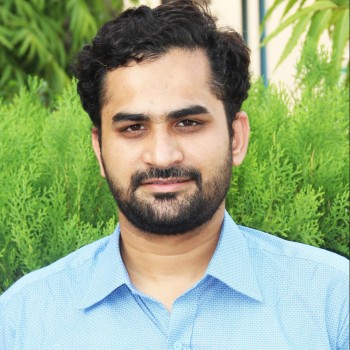 Muhammad Luqman has more than 5 years of GIS/RS experience, currently working as Assistant Manager GIS at The Urban Unit. He completed his Master of Philosophy in Geomatics in 2014 with a focus on application of Geo-Spatial technologies and Master in Space Science in 2011 from University of the Punjab. He is member of International Society of Photogrammetry and Remote Sensing, author of eight research publications and reviewer for SCIENCEDOMAIN international.

One comment on "Free Satellite Imagery For You: Sentinel 1 & 2"