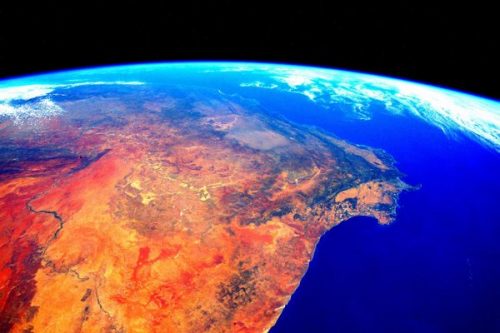 Using Australia’s Open Data Cube technology, countries in Africa and around the world are finding new ways to use data to address key development challenges.

During the week of May 7-11, countries and organizations gathered in Nairobi for the inaugural workshop of the world’s first regional Data Cube. The Global Partnership for Sustainable Development Data (GPSDD), the Committee on Earth Observation Satellite (CEOS), Amazon Web Services, Office of the Deputy President of Kenya, and Strathmore University have been working collaboratively to develop an Africa Regional Data Cube (ARDC), in support of participating countries’ national development priorities, the mission of the Group on Earth Observations (GEO) and the United Nations Sustainable Development Goals. 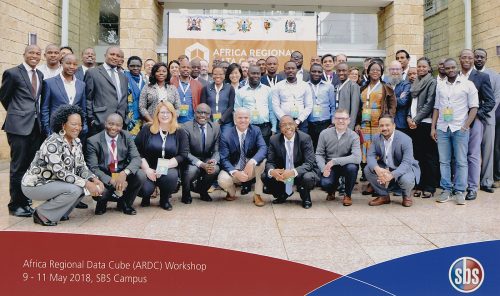 In 2013, Australia made a strategic decision to make use of their high performance computing facility and advances in software development, machine processing and information infrastructure to reduce the barriers to analysing satellite data. The result was the first Data Cube, known as Digital Earth Australia. This multi-year, multi-million dollar investment in new algorithms, machine learning and cloud computing architectures have overturned traditional data processing and distribution methods to provide a scalable solution for the whole of Australia.

The first Data Cube products developed included Water Observations from Space (WofS), an algorithm that tracks the presence or absence of water since 1987 for all of Australia. This product is being used for flood risk assessment, agricultural water tracking, coastal change detection and even mangrove monitoring. It allows for better understanding of where water is usually or seldom present, and where flooding has been observed by satellite. In terms of satellite image licensing costs alone this product has saved the Australian government in excess of $400 million.

The newly-launched Africa Regional Data Cube covers five countries in Africa: Kenya, Senegal, Sierra Leone, Ghana and Tanzania. These countries will be able to use the tool to inspect changes to any geographic area over the past 35 years. Open source algorithms can then be applied, allowing for analysis in a particular area – including on vegetation, land use, water coverage and quality, and urban expansion.

The adoption of Data Cube technology in this region is a significant achievement. Like in Australia, the technology is expected to become a key piece of public data infrastructure that provides users with an analysis platform for satellite imagery to address key development challenges, including food security, disaster risk management, coastal erosion and urban expansion.

The private sector will also be able to access stable, standardized data that can be used to produce innovative new products and services to enhance businesses and become more competitive in global markets. According to a recent consultation done by CRCSI in Australia, the industries most likely to benefit from the technology are agriculture, environmental monitoring, mining, smart cities, emergency services, banking and insurance, and state and local governments.

High level political support has been crucial to get this project off the ground. The Deputy President of Kenya, H.E. William Ruto said his government will use the data cube to underpin the success of food security, a pillar of its ‘Big Four’ priorities alongside manufacturing, universal healthcare, and affordable housing.

Ensuring broad engagement in the project has also been vital to ensure that diverse sectors can benefit from the technology. Organisations involved in the Africa Regional Data Cube initiative include government ministries, national statistical agencies, geographic institutes and research scientists, notably from Kenya’s Strathmore University.

Open Data Cube around the World

In addition to the Australian and Africa Regional Data Cube, there are other operational Data Cubes in Colombia, Switzerland and Taiwan (People’s Republic of China). Switzerland has already been using the Swiss Data Cube for snow observations, saving an estimated $6.5m. Six more Data Cubes are under development in Vietnam, Uganda, China, United Kingdom, Georgia and Moldova, and over 28 more  countries have expressed interest. ODC aims to have operational Data Cubes in 20 countries by 2022, while the long-term goal is continental or global coverage.

As this approach is scaled across Africa and around the world, the real and potential cost savings and other associated benefits are significant. The Group on Earth Observations has no doubt that Data Cubes will revolutionize how we view, model and analyze the Earth, and invites all countries and regions to contribute to this effort by connecting with ODC to learn more.

I have worked with location (often referred to as geospatial or geographic) tools, technologies and practitioners since the mid 90s. Most recently involved in working with and guiding national governments on issues, such as open data and open standards through engagement with the UN and the World Bank. I lead stakeholder engagement and external relations at the Group on Earth Observations (GEO) located at the WMO offices in Geneva advocating open EO data.