Walking Home is a book by Ken Greenberg on ‘the life and lessons of a city builder’. It describes the experiences of a urban designer/architect who was strongly influenced by Jane Jacobs. I picked up the book in Port Coquitlam, BC when I was visiting my grandchildren. 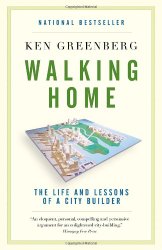 So we have the contrast between a concern for redefinition of rural (Nova Scotia) to immersion in the urban environment. This has continued with the time I spent in both Vancouver and Seattle. In Vancouver, I visited the Vancouver Art Gallery, where there was an exhibition: MashUp – the birth of modern culture. And I picked up the book by Karen O’Rouke ‘Walking and Mapping’ . Heather and I also stopped at the Bill Reid Gallery and enjoyed the work of Michael Nicoll Yahgulanaas. (Why did he have printed maps, as backing for his art work I wonder ?)

In Greenberg’s book, he talks about the work of Adam Vaughan (p. 312) who pioneered a method of informal, continued dialogue with his constituents about development. One of the steps is a web site that provides access ‘Graphic Information System-based community mapping, which was prepared through a Ryerson University student project. This interactive mapping layers all the existing features – streets, parks, public facilities and existing structures – and then highlights where any change is proposed, with links to all the emerging relevant information.’ 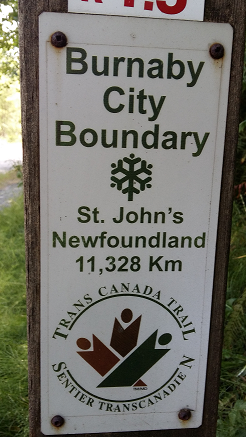 Last month, May, we followed exactly the same approach with our Lunenburg project.

Here we used a capstone project at COGS to meet the same objectives. An interesting case of ‘déjà vu’.

In addition, this weekend, we see the Georgetown 2.0 conference in PEI. It was in the Fall 2013, that the author, Heather Stewart, Edward Wedler and our dog, Bodhi walked the road to Georgetown from the Annapolis Valley to PEI, to collect and present our rural stories. In the urban context, today, there are many examples of ‘Jane’s walks’ to commemorate the contribution of Jane Jacobs to community planning in our cities.