From my memory (which is, unfortunately, diming with each passing year) the word “geomatics”, defined as the automation of geography, was first coined in French (Québec) as géomatique and then translated into English as geomatics. By my recollection, the word had little uptake outside of Canada and even less in the United States. I know that we started the Geomate project at MacDonald Dettwiler in the early 1990’s and that Geomatic was an alternate name to Geomate, but I don’t recall which word had more currency at the time.

As we move toward the middle of the second decade of the 21st century (I can’t believe I am saying that), it has occurred to me that Geomantics (the fusion of semantics and geography through automation) might be a word whose time has come, although I must confess it has an antique sound to it.

What might Geomantics be about? What standards and technologies might it embrace? How can we infuse more meaning into our modeling of geography so that searches can be more specific and meaningful, and so that the information we find can be a better fit for our applications?

When I first started working on the Geography Markup Language (GML) in 1998, we were in the midst of a new Internet that was driven largely by the emergence of XML and XML-related standards. Of particular concern was the ability to express more meaning about web pages, so that the semantic web might come into existence. A discussion with Tim Berners-Lee at the time convinced me that RDF/RDFS was the right way to go. The initial version of GML was written in RDFS, and carried the key ideas of application schemas, remote property values, and the object-property-value structure. The whole intent at the time was to be able to express meaning in relation to geography, with the belief that this was key to achieving wide area interoperability.

Intervening history has proven this assumption to be correct. While GML has blossomed as a data modeling language, leading to or providing the encoding of many concrete data languages such as CityGML, AIXM (aviation), DIGGS (geotechnical), GeoSciML, SensorML, etc., it has been less successful as a language for the general capture of meaning, something which is essential in all forms of wide area data integration, whether across an enterprise or across the globe. In my view, it is time to consider other ideas in relation to GML to infuse meaning into our models of geography.

One of these ideas is the use of the CSW-ebRIM data model. Note that I emphasize the data model, and that I am not talking at this point about catalogues, or registries, or even about web service interfaces. The CSW-ebRIM data model is a good mechanism for the expression of geomantics. It provides a generic object type called a RegistryObject, which provides a globally unique identifier, and to which one can attach properties, including geometric properties using GML. Typed objects, called ExtrinsicObjects, can be created with properties and can be used to represent various kinds of business objects, much like the notion of a GML feature. Here, however, the similarities end, and the value of CSW-ebRIM for geomantics begins. In CSW-ebRIM, there is the notion of a classification scheme (a.k.a. taxonomy or tagging), and any registry object can be classified according to such a taxonomy, which provides additional meaning to the data object. Moreover, a given registry object can be classified under multiple taxonomies at the same time, thus expressing different semantic aspects of the object. For example, the Jazz Club might be classified as a restaurant, a music venue, and a night club all at the same time. It is just not possible to do this in any remotely convenient way with GML.

CSW-ebRIM taxonomies (classification schemes) themselves can have properties, including geospatial properties, as can each of the categories (called C-Nodes) that make up the taxonomy. A taxonomy of wage categories might have the properties upper wage and lower wage for each category. Similarly, a taxonomy of soil types could have a multi-polygon valued property providing the spatial distribution of each category of soil type.

CSW-ebRIM also makes it easy to express relationships between objects. This is done using CSW-ebRIM Associations. For example, one can associate the Jazz Club to the building in which it is located, or to the home band that plays in it, or the menu of its restaurant. These Associations can also have properties, including geospatial ones. Associations can even be used to express the relationships between the categories of different classification schemes.

It should be clear that CSW-ebRIM is a powerful vehicle for the expression of meaning in relation to geography, and this is only half the story. Look for more articles on Geomantics in this space in the future. 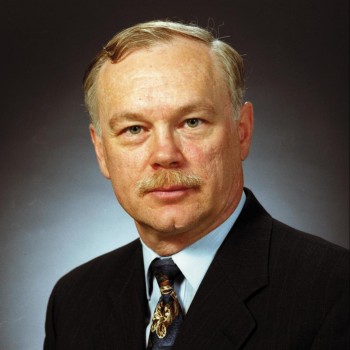 4 comments on "Geomatics to Geomantics"