GIS Technology and the Franklin Expedition: An Opportunity for Our Geomatics Sector

It’s taken nearly 170 years to uncover wreckage from the infamous Franklin Expedition, one of Canada’s biggest mysteries. Last week, the 2014 Victoria Strait Expedition made a groundbreaking discovery of one of the two lost Franklin ships (although they’re not yet certain whether it’s the HMS Terror or Erebus). At a time when it seems that our world has no more secrets left to reveal, this discovery is an exciting reminder that as we invent and improve on technology, we will be able to explore, map, and understand previously inaccessible areas.

In 1845, Sir John Franklin set out on an expedition to map what is now the Canadian Arctic. Neither he nor his 128-person crew were ever seen alive again, nor were the remains of their two ships. Until now, the locations of the ships have been told only through Inuit stories, which were misguidedly believed to simply be legend. 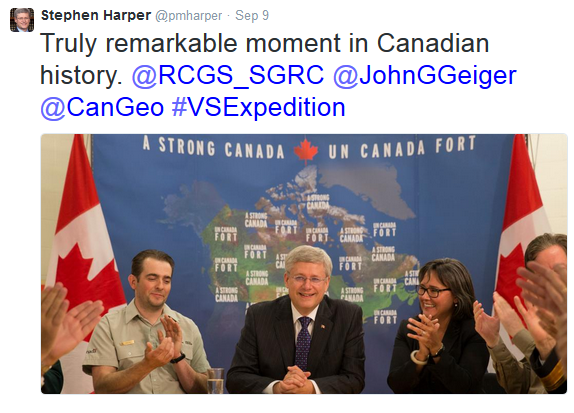 The discovery of the Franklin ship has caused a nation to reflect on our past of exploration, marvel at the technology of our present, and wonder what mysteries will be solved in our future.

Many players were involved in the success of this expedition, including but not limited to the minds at the Royal Canadian Geographical Society, Parks Canada, and the Arctic Research Foundation. However, some of the key players were undoubtedly the geomatics-related technology that allowed this discovery to happen at this point in history. After all, geomatics technology affects our lives in small ways every day, often going unrecognized. So it’s great to see it in the spotlight for once! 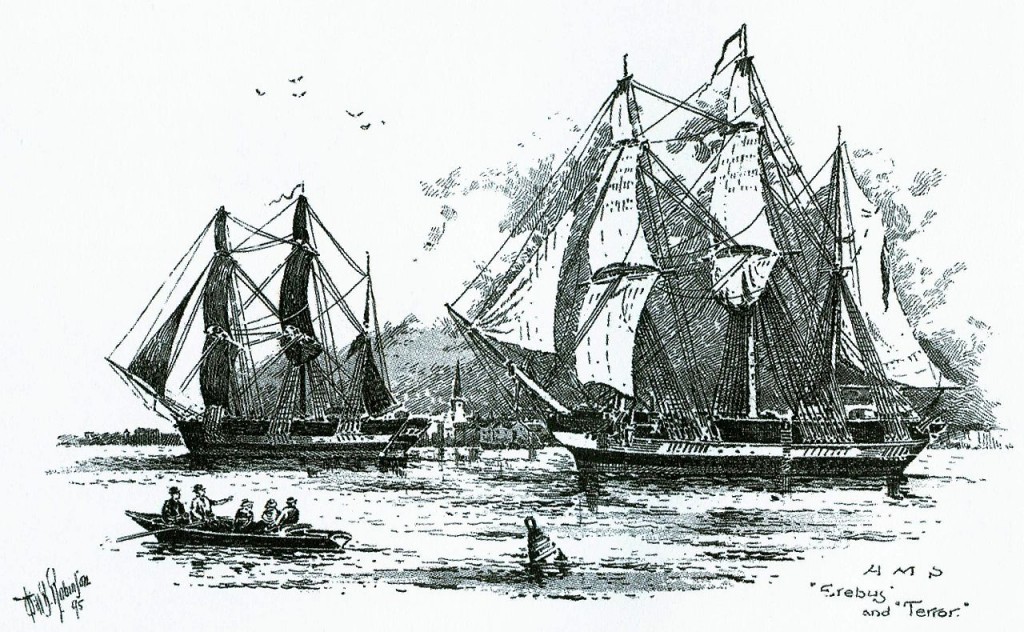 The Canadian Geomatics Community Round Table (CGCRT) has been looking for success stories and branding opportunities that showcase Canada as a world-leader in geomatics technologies. This Canadian success story is a gift wrapped marketing dream for Canada’s geomatics sector. As you can see below, many parts of the Canadian geomatics sector, both public and private, came together using our best and brightest technology.

Long before taking to the seas, researchers used marine geophysics to get better understanding of the earth’s underwater features. This helped them to pinpoint the areas they needed to search, and watch out for potential hazards. Because the Arctic waters are largely unknown, this technology was crucial in charting out the Arctic Ocean floors.

The Canadian Space Agency used RADARSAT-2 Satellite and other high resolution optical remote sensing imagery to provide the team with images, topographic data and shoreline hazards to help them better understand the physical location. This information helped to identify near-shore topography in this previously unsurveyed area.

This laser technology is able to create images from the air and on land in incredible detail. In this case, it was used to map out areas after the archaeological discover of artifacts from the Franklin ships on land. Along with the satellite images, the LiDAR technology was instrumental in mapping the surrounding sites.

The images revealed by the side scan sonar technology marked the first point of actual contact with the sunken ship. After finding on-land archaeological evidence of the wreck on a nearby island, the research team was able to determine where to launch the underwater investigation. They started with a side scan sonar towfish, pulled on an armoured cable. This technology works by sending out high frequency pulses; the time it takes for those pulses to bounce back creates an image of the object. In this case, the side scan sonar revealed the image of one of the wrecked Franklin ships.

These remote-controlled unmanned vehicles allow the human eye to survey places that the human body would never be able to go. In this case, it was the cold, icy depths of the Arctic waters. After the side scan sonar picked up the image of the wrecked ship, researchers sent out the Falcon Seaeye ROV that had been recently acquired by Parks Canada to authenticate the sonar’s images. The vehicle is operated from the surface by a fibre optic cable, and inspects any targets that are first identified by sonar. Not an easy task in the dark, tumultuous Arctic waters. Nevertheless, the submarine’s high resolution cameras, illuminating the scene with onboard floodlights, soon uncovered a clear image of the shipwreck 11 metres below the surface. By now, we’ve all seen those captivating images of the wrecked ship.