GoGeomatics Canada is pleased to welcome Kirsti Oja to the team as our newest Edmonton Social group leader. She’s coming in at an exciting time. After hosting our first Edmonton social in May, we’re going full steam ahead and adding this city to our growing list of cross-Canada socials (other social cities include Vancouver, Calgary, Toronto, Ottawa, and Niagara). Take a look at the upcoming dates here. 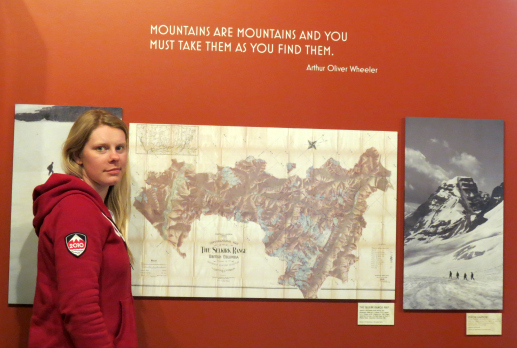 Kirsti at the exhibition “Proximate Truth: Cartography from the Collection of R. W. Sandford” at the Whyte Museum of the Canadian Rockies in Banff

Kirsti will be instrumental in building a strong GoGeomatics community in Edmonton, and she’s excited to take on the challenge. Although she currently lives in Calgary (she moved from Edmonton to be closer to outdoor activities like skiing and rock-climbing), she’s looking forward to have the monthly socials as a reason to get back to the city she loves on a regular basis. “I am pleased and excited to be the Social Group Leader in Edmonton,” Kirsti says, “to meet new people, learn about their experiences, and connect them with other professionals. I was always interested moving out West, and now I have.”

Kirsti graduated from Ryerson University in 2010 with a B.A. in Geographic Analysis. Her thesis project focused on the St. Clair Avenue West Retail Construction Zone, where she measured overall vacancy and demographic change in the region during construction of the streetcar right-of-way. She was influenced to study retail geography after first-hand experience on a summer internship with the Centre for the Study of Commercial Activity, where she visited retail strips and collected store data within the GTA.

After finishing school, Kirsti moved back to her home country of Estonia to experience, travel, and work for the map publishing company Regio and its sister company Reach-U. During this time, she worked in the cartography department, using ArcGIS for various projects. In her opinion, a love of geography and a love of travel go hand-in-hand. 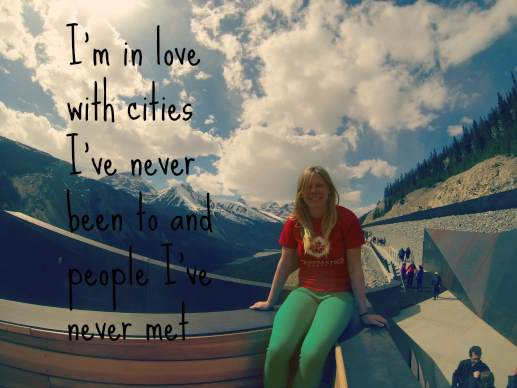 Since moving back to Canada, Kirsti has participated in several industry events. In April, she attended the 9th Mountain Cartography Workshop in Banff, where she met geographers from around the world who are interested in mapping mountains. She also attended the ESRI User Conference in Calgary, where she connected with ESRI Canada President Alex Miller, a meeting that she describes as a “privilege and honour.” She also plans to attend the TECTERRA Showcase next week to learn and connect with other geography professionals.

Kirsti explains why GoGeomatics socials are important to the Edmonton community:

Edmonton is known as the “Festival City,” and it’s home to some of the friendliest people. Edmonton is the hub for the oil and gas industry between Fort McMurray and Calgary. As geographers, we know how important location can be. By finally having our own GoGeomatics Social in the capital city, we’re bringing geographers together.

GoGeomatics socials are important to the community because they provide a place to network and mingle with people you otherwise never would have met. The socials provide a great space for meeting numerous people with common interests from different geographic industries. There’s no better way to expand your horizon than learning and sharing with like-minded individuals. Never stop exploring! 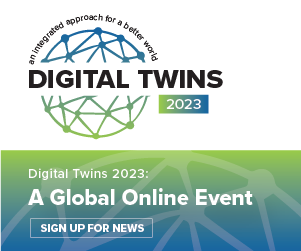