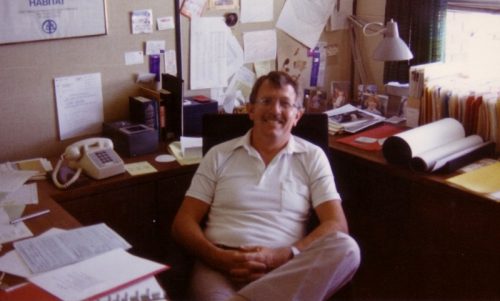 How Canadian Remote Sensing Was Made Commercially Successful & Exportable

This piece started as a note on some of my experience as an international consultant in remote sensing specifically and geomatics more generally. But as I looked more and more at the role of consulting, it has morphed into what I hope will be a more interesting note on how Canada made remote sensing technology and services commercially successful and exportable. 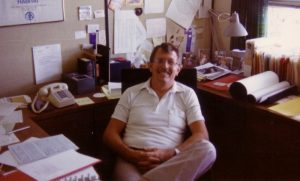 1980s Bob Ryerson the scientist in his office CCRS

Profiling these activities may serve as a model for how government science can work with industry and our international trade activities to build new successes. And consulting, often done in the early years by government employees on loan to companies and international agencies, played a major role, and can be expected to do so again.

To make remote sensing commercially successful and exportable was an early goal of the national remote sensing program under the leadership of Dr. Larry Morley. The idea was that exports and income earned from taxes that remote sensing companies and their employees paid would in turn pay for the R&D and the on-going program. From the beginning the focus was on teamwork between three components: industry, government, and academe. And in that mix there was an important role for consulting services and strategic placement of Canadians in international organizations. The rest of this note briefly details the roles played by the various components that led to the success of remote sensing in Canada

The role of industry was clear. It would either develop technologies or commercialize those developed in government and academic labs to sell to those who needed the outputs of the technologies in question. In the early years (pre-1990s), the users were most often government agencies or crown corporations both in Canada and internationally.

Academe’s most obvious roles were to carry out research and provide the highly qualified people for government and industry. A less-well-known but valuable activity was the training of those from other countries who return to their home countries or international agencies where they would serve as ambassadors for Canada and its technologies. UNB has played such a role, but the biggest player in this space in the world has been the International Institute for Geo-Information Science and Earth Observation (ITC) in the Netherlands. The ITC has more than 10,000 alumni found worldwide: many national mapping and remote sensing programs are run by ITC graduates.

Interestingly enough the early leadership of Canadian Centre for Remote Sensing (CCRS) tried to start an educational institution like what ITC became in remote sensing. (Waterloo, McMaster, and Guelph were among the players.) When two provinces complained that such an institution was federal meddling in education, CCRS stopped promoting the idea. (Indeed, CCRS’s dealings with academe remained frosty for some years thereafter.)

The role of government in the development of Canada’s remote sensing technology industry was crucial and runs counter to what some would have us believe today.  The important role of government in innovation was nicely addressed by Economist Mariana Mazzucato in her widely acclaimed TED talk that examined the sources of the technologies that made major players such as Apple and Facebook. 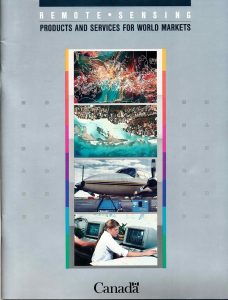 The Government (mainly CCRS, but also other federal and provincial agencies) did ground-breaking research, developed technologies, and served as a beta site for industry’s technologies and services. In addition CCRS provided support to industry through a variety of other marketing activities that were approved by a national advisory committee meeting involving industry, academe, and the provinces.  The meeting involved almost 100 people and was kicked off by a speech by Minister Bob Layton. Under this marketing plan CCRS led trade missions, gave presentations at the major development banks and UN organizations, loaned CCRS staff to serve as advisors to the UN, helped place Canadians in key roles in the UN, FAO, and other organizations, and trained those from other countries in areas ranging from operating satellite receiving stations to applications. In this period Canada had 90% of the world-wide market for satellite receiving stations and more than 50% of the world market for image analysis systems. 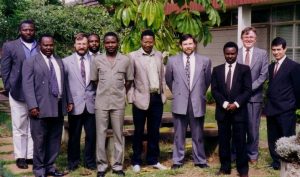 As the capability developed and as remote sensing became of increasing interest around the world, the field was also seen to be a useful way to showcase Canada’s capabilities in high technology. CCRS worked with trade officials to prepare documents such as the 48 page full colour “Remote Sensing Products and Services for World Markets” aimed at international clients. Thirty-four companies were profiled including MDA, PCI, Intera, Optech, MPB Technologies and others who worked with CCRS. Later CCRS’s activity with industry continued with the award-winning GlobeSAR program in support of Radarsat. CCRS also played an incubator role with the Innovation Acceleration Centre that brought CCRS science to industry.

One might ask, why were CCRS staff members loaned, rather than using consultants? Quite simply, consultants in remote sensing with senior government and industry experience were few and far between until the mid-1990s. And in the international arena, it is still true that only those with significant experience are valued as consultants. Remote sensing has been a bit different from most other sub-fields in geomatics inasmuch as it had no history before the early-to-mid 1970s. In mapping and even GIS there were senior people with experience in those fields who came to serve as consultants and advisors. They were often people who had served in senior positions in government or industry who went off on their own as consultants. Those of us who “grew up” in remote sensing generally did not develop reputations as “senior” until well into the 1990s. 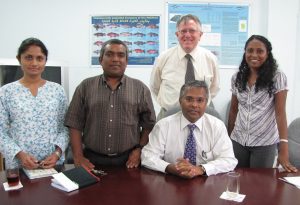 The early beginnings of the industry in remote sensing and the important role played by CCRS and more complete details on each of the activities touched on here have been documented elsewhere – and more will be found in “A History of Excellence in Government Science: the Canada Centre for Remote Sensing (CCRS)” now being written by a number of volunteers.

A number of us who were active in the early years of remote sensing believe that the model we developed to do science in government for the benefit of all Canadians, including industry, is one that could again serve the country well as science is being renewed in the current government. What we have presented here is a 1,000 word teaser outline on how that might be done.