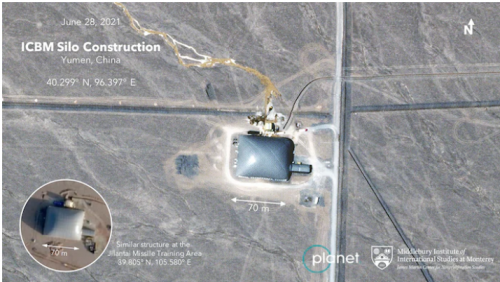 Artificial intelligence, made in Portland, will delve into Tokyo Olympics sprint races on TV

Attention fans of track and field events at the Olympics – there was a new replay feature, called 3D athlete tracking or 3DAT. You may have seen TV analysts and broadcasters using it to talk about the fastest sprinters.

3DAT was developed by Intel and using regular video, computer vision and artificial intelligences to create a digital skeleton of the person. Pinpointing 22 locations on the body that track their movement, Intel processors provide data within seconds on the athlete’s velocity, body angles, acceleration, stride length and more. Athletes and coaches have never had this information before.

Not only for running, this technology has begun to be used in other sports such as, at NFL camps and in college football.

Access to clean, affordable, and safe drinking water is both a fundamental human right. However, access to this essential resource in Africa is not yet universal, with 1 in 3 Africans facing water scarcity and approximately 400 million people in sub-Saharan Africa lacking access to a basic drinking water. The World Resources Institute (WRI) produced a report to address Africa’s water stress.

Aqueduct, an online geographic information system (GIS) tool produced by the WRI to map global water-related risks, reveals Africa’s extensive exposure to water-related risks. Their model accounts for a variety of metrics, such as vulnerability to floods and droughts, water stress, and seasonal variability.

Using the Aqueduct maps, the authors of the report were able to better understand the water risk factors and highlight areas that require improvement.

Prior to the pandemic, a short commute came with a large housing cost. As remote work became more commonplace, Americans have prioritized the affordability of the suburbs over quick access to their workplace. As a result, housing costs in many cities’ downtown cores have grown slower than those outside of this area.

Americans are seeking larger, more affordable homes as flexible work opportunities bring new expectations for what they want and need in a home. As people seek affordability, they are willing to live with a longer commute if they can save on housing costs. However, in cities with less expensive downtowns (for instance, in Cleveland or Baltimore), the cores are gaining in popularity relative to the pricier suburbs nearby.

China has begun construction of more than 100 new silos for intercontinental ballistic missiles in a desert near the northwestern city of Yumen, a building spree that could signal a major expansion of Beijing’s nuclear capabilities. This construction was discovered by commercial satellite images obtained by researchers at the James Martin Center for Nonproliferation Studies in Monterey, California. The images show work underway at scores of sites across a grid covering hundreds of square miles of arid terrain in China’s Gansu province. The 119 nearly identical construction sites contain features that mirror those seen at existing launch facilities for China’s arsenal of nuclear-tipped ballistic missiles.

Photos of the Gansu construction project were supplied to Lewis and Eveleth by the commercial satellite company Planet, which provided a continuous stream of updated images showing progress at each of the construction sites over time. Based on his analysis, Lewis said, there was “a very good chance that China is planning a shell game” in which it hides a relatively small number of warheads across a network of silos. Still, he said, the sudden appearance of so many new launch sites could increase pressure on U.S. officials to speed up efforts to modernize the U.S. arsenal.

A major challenge when it comes to working with geospatial data is that it can be very computationally expensive. Failure to optimize these calculations can cost time and money.

Premise is a high quality data company that relies on the geospatial data collected from around the world. Being able to process and analyze data quickly is essential. Premise  recently turned to Google BigQuery in order to perform high speed geospatial calculations on a global scale, allowing them to address diverse data needs to include synthesizing up to hundreds of millions of records and eliminating potential processing bottlenecks.

The behind the scenes work Google does allows Premise’s  Data Scientists to focus on creating value added products and synthesizing varied data sources, freeing us to utilize computationally expensive geospatial functions and process terabytes of data in minutes thanks to Google’s infrastructure.