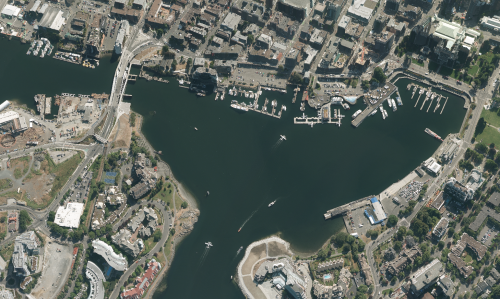 Located off the Pacific Coast of British Columbia, Vancouver Island is home to just under 900,000 people, as well as the province’s capital, Victoria. The island’s natural beauty and sandy beaches make it an appealing resort destination, including Tofino, Canada’s “unofficial surfing capital.” Vancouver Island also holds other economic significance, as its ports and harbors play key infrastructural roles in the region’s shipping and mining industries.

Vancouver Island’s location and climate make it prone to natural disasters like flooding, earthquakes, and tsunamis. Because of the island’s growing population and economic importance, the Ministry of Forests, Lands, Natural Resource Operations and Rural Development in British Columbia invests significant resources in natural disaster preparedness. Recently, GeoBC, the provincial agency responsible for business solutions built from geographic information, worked with Quantum Spatial Canada to develop geospatial resources to better understand the potential impact of major flooding events. GeoBC is responsible for the creation and management of geospatial information and products for British Columbia, and its accurate modeling has a direct impact on the province’s disaster preparation.

GeoBC hired Quantum Spatial to conduct a comprehensive Lidar and imagery survey of Vancouver Island — an area of approximately 9,000 buffered square kilometers — with the goal of identifying coastline changes and creating topographical Lidar resources to inform the region’s development and maintenance work. The project was also supported by Emergency Management BC (EMBC) and the federal government through the National Disaster Mitigation Program (NDMP). By understanding coastline erosion and its effects on potential flooding scenarios, local government organizations are able to more effectively plan construction and maintenance to roads and bridges. Topographical Lidar enables the government of British Columbia to understand how a disaster event could affect the coastline: where flood water will go, what areas are at risk, and how to mitigate those risks.

Prior to Quantum Spatial’s survey from Fall 2018–Fall 2019, the most recent survey work took place in 2014, as imagery was collected with a ground sample distance (GSD) of 20cm. Quantum Spatial was brought in to deliver Lidar and imagery to chart incremental coastline changes; this information is crucial for developing tools like overland flow modeling, flood plain mapping, and dike break scenarios—key elements of the region’s disaster preparedness strategy.

Quantum Spatial’s extensive portfolio of large-scale topographic data projects, including support of the U.S. Geological Survey (USGS) 3D Elevation Program (3DEP), made the company an exceptional candidate for the comprehensive survey of Vancouver Island. The sheer scope of the project required multiple planes and pilots, subcontracted acquisition teams, and deployment in a variety of weather conditions over multiple months. Quantum Spatial’s expertise in synthesizing datasets across large-scale collection processes would play a significant role in ensuring the success of the project.

The acquired Lidar data exceeded even the demanding expectations of the project specifications, with the average first-return density of the data was 19.19 points per square meter. This exceptional data quality provides a direct benefit to the models derived by GeoBC for disaster preparedness: each additional point per square meter improves the overall accuracy of the derivative products, for example, heightening the utility and effectiveness of floodplain hazard mapping.

Quantum Spatial’s expertise in cleaning and processing large, diverse datasets paid off, as GeoBC was particularly satisfied with the accuracy and quality level of the Lidar data and associated deliverables.

The end products included a spectral encoded Lidar point cloud, stereo models, a digital elevation model, and an orthomosaic for seamless imagery coverage. In each case, the quality level of the original Lidar data made a remarkable difference, creating exceptional resources for the province’s natural disaster preparations. The highly accurate deliverables also offered an additional business benefit to GeoBC, as the topographical Lidar data can now be shared with commercial and public sector stakeholders in the region. These resources are particularly valuable to both municipal and commercial planners and developers, who use the data to inform decisions surrounding where to safely build new projects and infrastructure.

The data products from Quantum Spatial for GeoBC’s Vancouver Island project will provide tangible benefits to the island’s residents and visitors. Overland flow modeling and dike break scenarios, enhanced by the impressive first-return density of Quantum Spatial’s data, will enable the regional government to prepare effectively for natural disasters and ensure that construction projects will take place on safe ground.

The topographical Lidar assets developed by Quantum Spatial will also serve to protect the 50 First Nations of Vancouver Island, which are spread out among the three tribal regions of Coast Salish, Nuu-chah-nulth, and Kwakwaka’wakw. The First Nations regularly participate in tsunami and flood modelling projects for their respective tribal regions, demonstrating their continued stewardship of Vancouver Island. 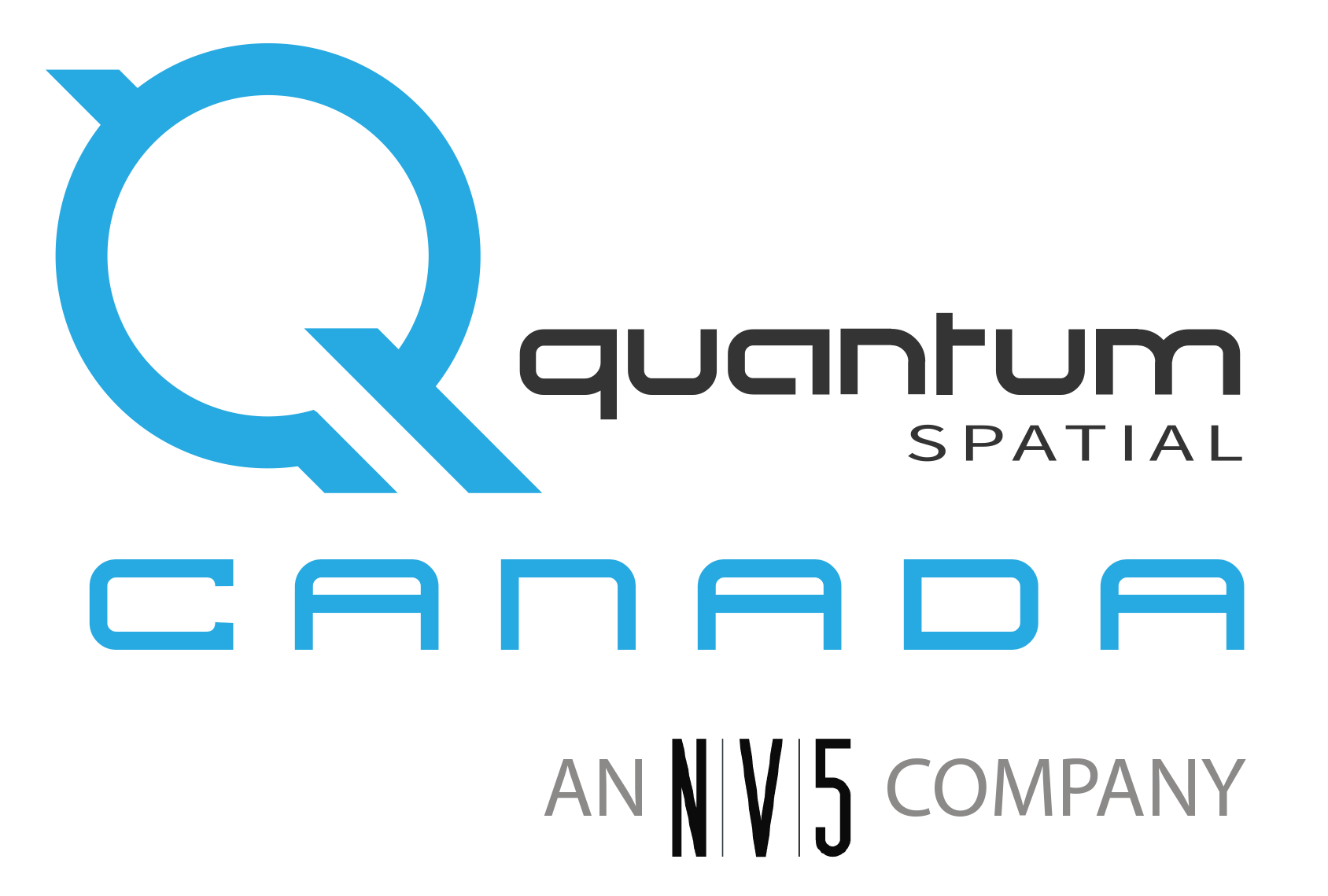 Quantum Spatial Canada is a division of Quantum Spatial, one of North America’s largest geospatial data firms. Quantum Spatial, an NV5 company, provides geographic insights to government and corporate organizations that need geospatial intelligence to mitigate risk, plan for growth, better manage resources and advance scientific understanding. A pioneer in advanced mapping technology, Quantum Spatial’s end-to-end solutions and services deliver the industry's highest data quality and accuracy, while leveraging the widest array of technologies for analyzing all types of terrains. Customers use the company's acquisition, processing, analytics and visualization solutions in a range of technical and scientific disciplines – from geology and biology, to hydrology, forestry and civil engineering. Utilities, oil and gas producers, engineering and construction firms, as well as the military and major government agencies, are Quantum Spatial customers. 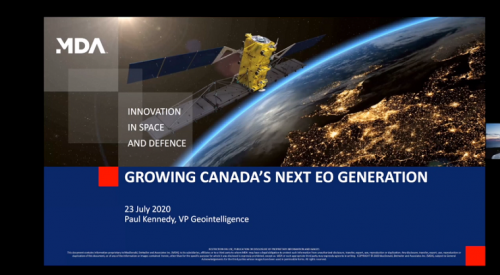 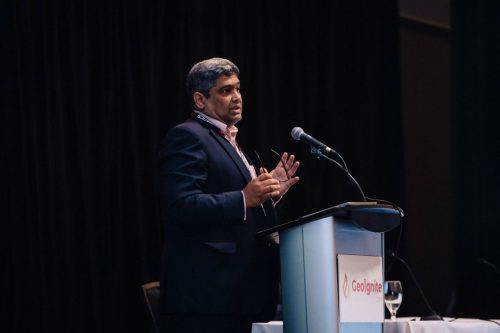 A hearty congratulations to Prashant Shukle and his efforts on behalf of the geospatial community not only in Canada, but… 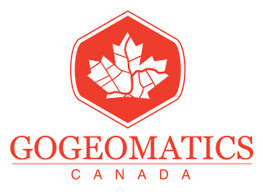 GoGeomatics Canada is over 7000+ subscribers strong with over 1,000 published articles. Our community managers are passionate and committed to…