In my previous blog “Storytelling: Haida Gwaii,” I referenced the Geomatics Association of Nova Scotia’s (GANS) mentoring program between myself and Melissa Ristow, COGS graduate 2015.

Together, our idea was to explore the Story Mapping tools from Esri to document a four-day trip through Gwaii Haanas National Park Reserve. The result can be found here. 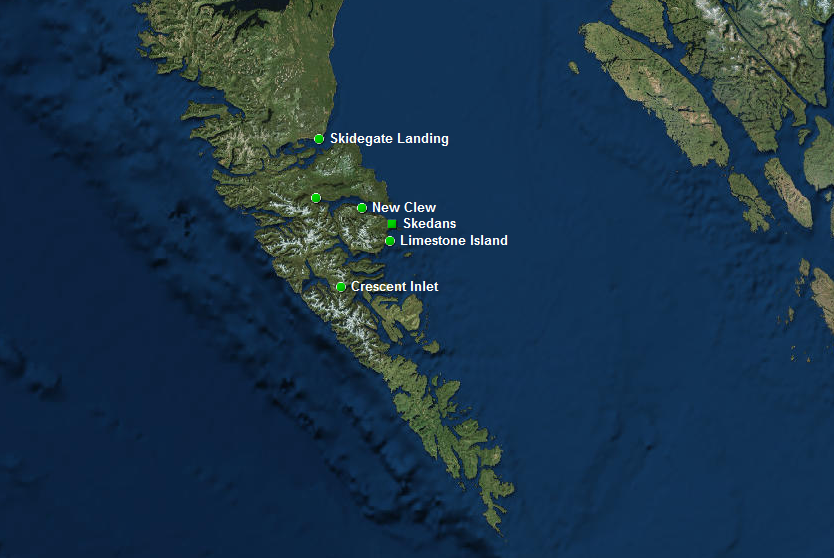 The trip down into Gwaii Haanas was an opportunity to see a special landscape, and to try to understand the human factors: government agencies, Haida, and non-Haida citizens. The relationship between these different groups has had a lengthy history, prior to the stand-off at Lyell Island in the 1980’s. Today, we have the Haida Watchman program at the old village sites. We have tourist facilities outside of the Park boundaries at Crescent Inlet and Rose Harbour: we have the Archipelago Management Board operation cabins at Huxley Island and Ellen Island.Collectively, they support ecotourism in South Moresby. Within the time frame of a four day trip, it was only possible to gain a superficial appreciation of the rich diversity within the Park. Given the players, it is clear that the human/nature relationships are very complex. Besides the landscape, one of the highlights was the opportunity to stay overnight at Rose Harbour. For more on that story, check Neil Frazer’s book, pages 53-55, or go to the Rose Harbour Guest house web site. 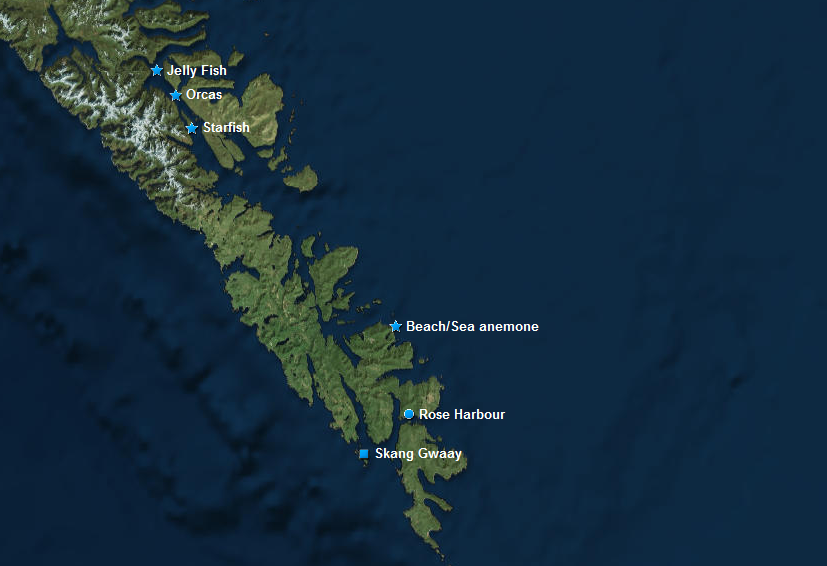 Given the importance of storytelling in traditional cultures, the application of geographic technology allows the addition of a graphic element to our appreciation of the landscape.

For example, we could take a children’s story, like Raven’s Cry by Christie Harris, and create a map that shows the location of the events as they unfold over time. Illustrated by Bill Reid with a foreword by Robert Davidson and Margaret Blackman, this book “portrays the history of the Haida contact with the outside world through the eyes of the Haida (MB p.viii).” As Blackman states, “The Haida people are the central actors in this book, the story revolves around them (MB p.x).” 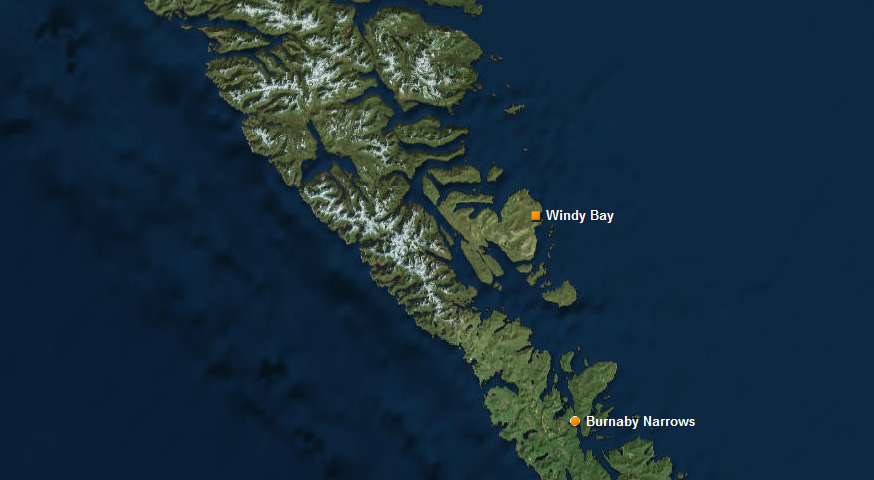 On the Council of Haida Nation website (www.haidanation.ca), the Haida Ocean and Way of Life map shows over thirty villages in the Gwaii Haanas region, all abandoned mostly because of devastating epidemics.

After reading Raven’s Cry, I had two thoughts. First, of the importance of the relationship between natural beauty and the Haida art, which continues today. Second, in attempting to understand story mapping and hence to link maps to stories, Haida Gwaii has a richness in storytelling. This applies to both Haida and non-Haida culture. There are books on Haida Gwaii which illustrate this relationship; for example, those authored by Kathleen Dalzell and Neil Frazer (see references). Both include local sketch maps.

The Story Mapping approach can be used to integrate multiple information sources from different agencies, for the same geography. In this case, under the Archipelago Management Board, there could be contributions from Parks Canada Agency and the Council of Haida Nation. From the ecotourism sector, there could be input from Moresby Explorers or Rose Harbour Guest House. From the NGO community, contributions could come from Gowgaia Institute or the Laskeet Bay Conservation Society.

The Story Mapping approach has tremendous potential for other BC First Nations, as well as the Inuit and Mi’kmaq (see below). The work by Trudy Sable in Nova Scotia and Kassim-Ali Kassam in the Arctic are examples of the timeliness of this effort. 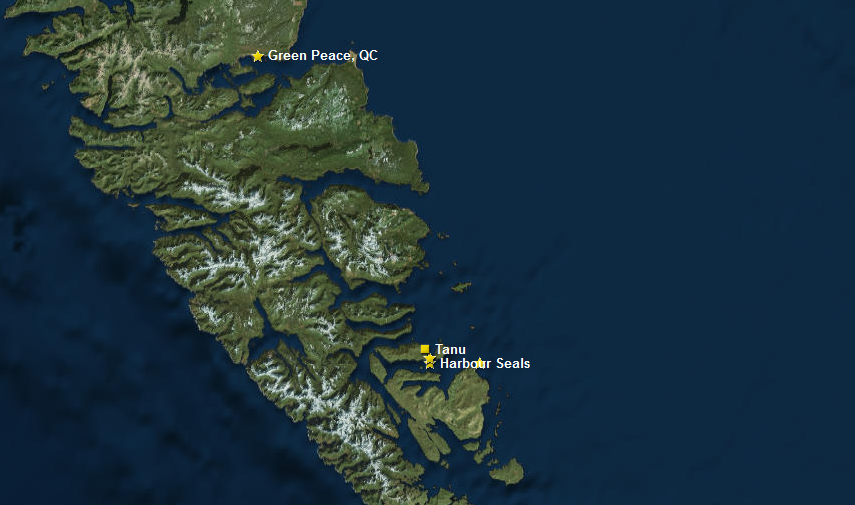 Sable, T. And B. Francis. 2012. The Language of this Land, Mi’kma’ki. Cape Breton University Press.

For more information on the Story Mapping process, check the website: http://storymaps.arcgis.com/en/app-list/