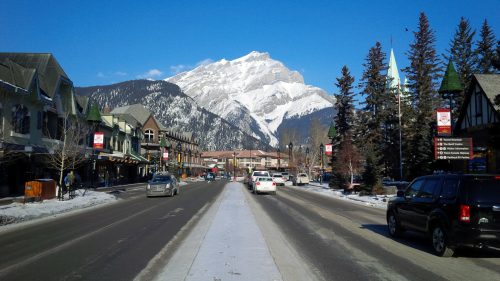 On February 6-9, 2014, Dr. Claus Rinner, Associate Professor of Geography and Program Director of the Master of Spatial Analysis at Ryerson University and his team of four students attended the 2014 Spatial Knowledge Information (SKI) Conference in Banff, Alberta, to present their research, network and learn from the research of others. Team Ryerson’s students and their research cut across all three levels of post-secondary education. 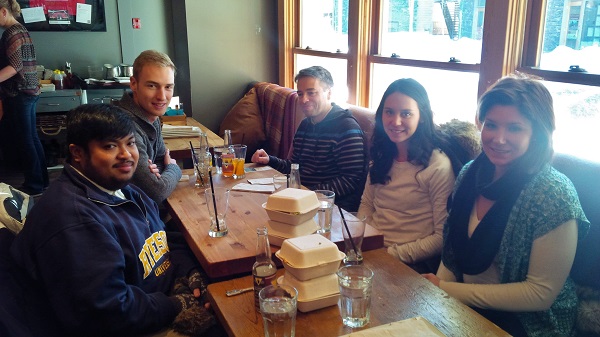 At the undergraduate level, Edgar Baculi, second year Bachelor of Arts candidate in the Geographic Analysis program, and author of these lines, presented his research on a, “Content Analysis of Municipal Open Data Catalogues Across Canada.” His research assistant position with Dr. Rinner is funded by the Ontario Work-Study Program and the GeoThink Partnership Grant. Edgar’s ongoing research has a heavy focus on the geographic side of Open Data, taking a quantitative approach to evaluating municipal open data catalogues. Using the methodology of a year-old study by Liam James Currie at Queen’s University, this recent research recorded and evaluated 11 catalogues, from cities participating in the GeoThink project. Growth and content of the 11 catalogues were compared between the November 2012 (Currie) and December 2013 studies. The result was a database of 1132 datasets which had gone through a geographic evaluation.

Fellow MSA candidate, Michael Markieta, famous for his global flight path map created for Toronto-based design and engineering firm Arup shared his research on, “Areal Interpolation as a Proxy for Polygon to Polygon Reaggregation: A case study for downscaling data from census tracts to dissemination areas.” Through geostatistical mathematics his research looked to improve the estimation of values at unknown locations based on observed values at nearby locations by applying the kriging method to polygons. Data presented in disparate geographic units can then be interpolated and reaggregated to a comparable size for analysis. The City of Toronto’s census data on average household income were used in an attempt to reaggregate the census data. Areal interpolation is only able to translate the general patterns of average household income from census tracts to dissemination areas. Michael’s presentation emerged from a course project in Dr. Rinner’s MSA cartography class.

Environmental Applied Science and Management PhD Candidate Victoria Fast, worked with Dr. Claus Rinner on her research, “Developing a Volunteered Geographic Information System to Support Local Food Systems Mapping in the Region of Durham.” With attention to the eight municipalities in the Durham Region just east of Toronto, the study focused on support for resilient local food systems, emphasizing urban agriculture and sustainability. The study promotes stakeholders, community members and decision makers to collaborate using VGI and the Geoweb to develop a virtual urban agriculture community where maps help to visualize, discuss, and share information on the local food system. This project is currently still in development and like most research dealing with VGI, faces the challenges of generating interest from stakeholders before and during project deployment. 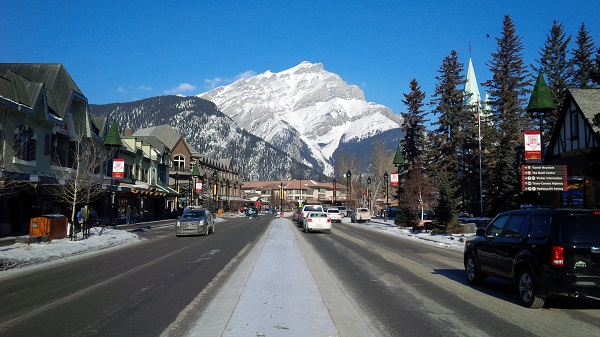 The 2014 SKI Conference in Banff, Alberta provided faculty, but more importantly students, the opportunity to present and share research and identify other students with similar or complementary studies. The students of Team Ryerson would like to thank Professor Claus Rinner for his support and the opportunities he has given his students. Professor Rinner’s approach to integrating teaching and research at the university has proven to be effective in enhancing the educational experience both inside and outside the classroom.