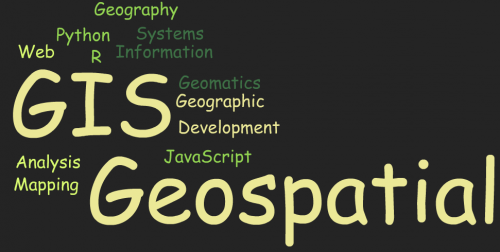 The 5 most interesting things that happened in geomatics in 2016

Let’s take a step back and have a look at what happened this year. To be honest, it was pretty hard selection. There are way too many things happening at this point around the world. Long are the days when a handful of companies were doing most of the innovation in this sector.

With this in mind, I’m reviewing of some of the most interesting things that happened in our sector. Moreover, in the hopes of making this as a tradition we are only going to cover a few things thus I ask you to comment about what were the most important innovations of this year in geomatics.

Let’s go over them one by one:

Rise of augmented reality in Geospatial

This summer we saw what an application such as Pokemon GO can unleash. It basically became viral, and this didn’t go unnoticed. We can consider it as one of the biggest hits of the year.

What does it have to do with GIS or geospatial? Well, technically it’s not your GIS app but it does make use of maps, GNSS, an augmented really (AR). It’s pretty impressive to say the least from a technical standpoint. Not to mention that it uses geotagging and geofencing, as well as it works with both real-world layers and generated geospatial data. You might say “Alright, but what’s the big deal then?” One of the most interesting articles I read about it this year was raising the idea that an app such as PokemonGo is reinventing spatial planning. Some have even gone as far as analyzing the geospatial analytics related to it. What’s more there were attempts to create similar apps to PokemonGO using ESRI’s API.

Of course, augmented reality in geospatial didn’t appear over and not just because of an app but this year we it getting into the hands of people more than in previous years. Some might remember that not long ago a augmented reality sandbox where you could directly interact with topography was a headline in the media.

This event probably set in motion a greater interest in this technology, thus it’s worth mentioning that more companies are interested in AR in mapping, one of the most notable names being Apple.

New DEMs and other 3D’s on the market

This year, in May, the first global topographic map of Mercury  was released by U.S. Geological Survey, Arizona State University, Carnegie Institute of Washington, Johns Hopkins University Applied Physics Laboratory and NASA. Taking into account that the project began in 2011, it deserves this place thanks to the effort and innovation behind, collection, processing and visualization of the DEM.

If you thought that was everything, a company just tested their 3D visualization of Mercury.

Another important innovation released this year comes from Germany. A new very accurate 3D global elevation model release by the German Aerospace Center (DLR), named TanDEM-X. From the press release, the initial expectations for the quality of the data have been exceeded, with the topographic map having an accuracy of one meter. What is more interesting is that new missions are planned with the goal of offering a better understanding of the dynamic process: “Earth as a system is highly dynamic, which is also reflected in its topography. Through frequent updates, we could capture such dynamic processes systematically in the future. This is the primary goal of the Tandem-L mission that we have proposed.” (From press release).

This year, Amazon launched Earth on AWS. For those who don’t know what AWS stands for it’s the Amazon Web Services, basically a cloud computing service.

Why is this important? Thanks to this effort, you no longer need to download large datasets to your machine, you just have to bring your algorithms and let their machines provide you with the computational power. Moreover, they are also giving away freely access to some resources to better understand how to work with the geospatial datasets.

From this year, you have access to an enhanced version of GEOSS, a geospatial portal for Earth Observation data. This project is supported by through an international effort Group on Earth Observations which is composed of institutions and organisations from over 101 countries.  You can read more about their data sharing principles on their website.

All in all, we can expect to see this trend growing next year as well.

Drones to the rescue

One of the most trending topics of this year were drones. An explosive growth is seen in drones being used in various sector, such as agriculture, defense & intelligence, search & rescue and so on. Drones enable precision agriculture by using Big Data, aerial imagery and various techniques that is contributing to optimizing farming businesses.

There are also innovative companies that are developing all sorts of applications for drones use. One interesting article that I read was about an app that tells you where and when you can fly a drone, named LATAS.

What’s more due to recent developments of drones determined the EU Parliament to create drone regulations.

Whether it’s for navigation (car or indoor), Location-Based Services or Location Intelligence, we’ve saw a number of companies this year continuing the trend of offering their services through apps. There are countless of apps that arrived in the past few years, as a way for companies to increase accessibility, smartphone apps are becoming more common for geospatial products.

If that wasn’t enough, this month the European Commission announced that “Europe’s satellite navigation system Galileo will start offering its initial services to public authorities, businesses and citizens”. What does it mean? From the press release of the EU Commission we can see the main improvements:

As I said in the beginning, it has become very challenging to keep track of innovation that is being done and what I presented here is just some of the most interesting things that happened this year. 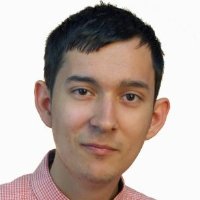