The Evolution of Canadian Data Collection and Distribution

One thing I am sure that almost anybody in geomatics would agree with is that major components of any geospatial projects is the data and, like most things in our society, tend to evolve over time. Geomatics is no different and many things have changed over the years.

I have been working in geomatics for over 15 years in a variety of disciplines (GIS, Cartography, LIDAR, Remote Sensing and GPS Surveying) and have experienced first-hand how data has evolved over this period. In the early days, we would generate our own digital data sets through various methods such as digitizing topographic map sheets, +++aerial photography interpretation and field survey work. Then over the years, there was a trend for companies and governments to produce large data sets that individuals could purchase to use for base maps or to use in a GIS rather than having to create their own.

These days we are very fortunate that it doesn’t have to be that way anymore thanks to plenty of great resources available with Canadian data. Today the trend is to make data available for free, with no limitations, helping to increase the use of spatial data and promote building maps and applications. This trend is also widely known in geomatics as ‘open data’.

Open data refers to a concept that certain data should be freely available to everyone to use (especially when created through public funding) and republish as they wish, without restrictions from copyright, patents or any other forms of control. It is not really a new concept, although most people often make it seem that way, similar to the way fashion trends come back time after time. In Canada, open data concepts date back to when the sharing of satellite imagery became a common practice and then further developed when sites like Geogratis and Geobase became available, which changed the way we thought about data. In 2011, the Federal Government started an Open Data site, mainly as a central location for having government data available in industry standard recognized formats. Last year, Minister Tony Clement stated that the Federal Government has committed a 3-year plan to expand it by adding more data, designing a better interface and improving the level of standardization.

In 2005, I started a GIS based website (CanadianGIS.com) to help provide users with information on all aspects of the Canadian Geomatics industry because at the time I felt that there were no other decent web sites on the web that were targeting Canadian needs. CanadianGIS.com shares Canadian GIS and geomatics information including Canadian education programs, conferences, events, careers, networking, spatial data sources and has become one of the top go-to places to find information related to geomatics for Canadians. A major section of CanadianGIS.com has been dedicated to promoting Canadian data sets and it now contains over 75 different sources of Canadian geospatial data.

Canada is a big country, almost ten million square kilometers, so there is no wonder that no single data site has been able to provide all the geospatial data needs for all Canadians. The Federal Open Data Portal, GeoGratis, Geobase and the Geography Network are all great sites and do provide plenty of data, but there will always be multiple places that individuals need to resort to when doing their data searches. Larger populated areas like Alberta, British Columbia (the first Provincial Open Data site) and Ontario tend to have more sources of both provincial and municipal data sets, but some of less populated places like Prince Edward Island and New Brunswick also do a pretty good job of making data available to the public.

Now, there are some people on the web that argue that most data sites in Canada are not really ‘open data’ according to the traditional definition because, although the data is supplied to the public freely, it is done under various conditions. That is perhaps a topic that could be debated, however regardless, if it is official ‘open data’ or freely available data, it is still good for the industry and therefore I have included all types of Canadian available data.

The data section (http://CanadianGIS.com/data) has been separated into two main groups: national data and provincial data (which also have municipality data included when available). At most times, the larger sites will provide the majority of your data needs but at larger scales so it is best to spend some time learning what each site has to offer. To help people know what sites have to offer many detailed reviews have also been created.

The more the geomatics community makes use of and demonstrates need for open data, the better chance that Canadians will continue to have free access to good reliable data sets from coast to coast. So I encourage you to check out some of the great Canadian data sets made available through the many great data portals available and help further encourage governments to make geospatial data available publicly.

If anybody notices any data resources not included then let me know and I will gladly add it to CanadianGIS.com. 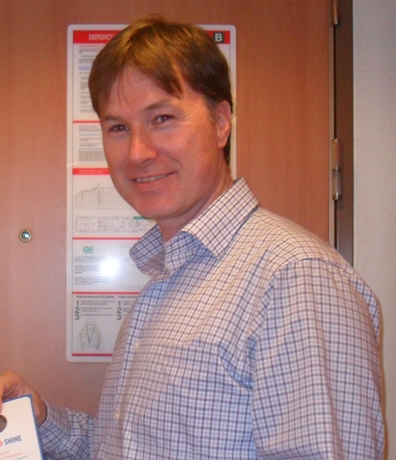 His diverse background obtained through a combination of experiences from data acquisition, data creation, analysis, problem solving, customer service, technical writing, project management, program development, supervising and networking has fueled his career over the years. He continues to inspires the younger geospatial community to be highly involved the industry and helps bring other professionals together to learn more about Canadian geographic information.

One comment on "The Evolution of Canadian Data Collection and Distribution"