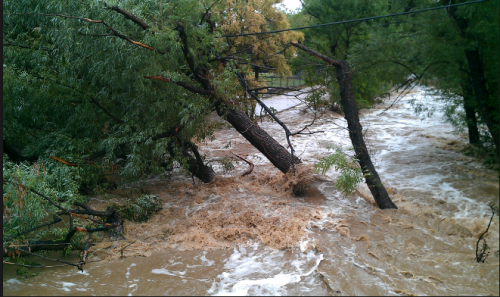 Dr. Michael Sutherland, a University of New Brunswick alumnus who received his Ph.D. in 2005, played a major role in the production of the recent report from the Intergovernmental Panel on Climate Change (IPCC). Dr. Sutherland started his research on the coastal impacts of sea level rise in 2003 as a graduate student in the Department of Geodesy and Geomatics Engineering working with Dr. Susan Nichols, now professor emerita. He worked on a federally funded study of the NB coast as well as on climate change research impacting PEI, Nova Scotia, and the Caribbean. Dr. Sutherland is currently the head of the Department of Geomatics Engineering and Land Management at the University of the West Indies in Trinidad from where he was invited to work with the IPCC.

The recent IPCC Special Report on the Ocean and Cryosphere in a Changing Climate addresses the scientific basis and impacts of climate change on the oceans, coastal regions, polar regions, mountain ecosystems, and human communities. On 4 September 2019, 195 IPCC member governments approved the report at meetings in Monaco. Media coverage in Canada has focussed on the potential impacts of climate change, especially sea level rise on the coasts and the warming of the Arctic.

GGE is proud of Dr. Sutherland’s contribution not only as an alumnus but also as an adjunct professor in the department, a position he has held since 2012.    Feel free to copy text or graphics, or contact us if you want more information.
Follow us on Facebook (UNBFGGE) and Twitter (@UNBGGE).