Where are the GIS & Geomatics Jobs in Canada for 2016

Where are the Geomatics job opportunities in Canada?  I’ve got some good news and I’ve got some bad news.  Let’s start with the bad news first: You would have to be living under a very large (and sound proof) rock not to have heard that the price of oil has tanked since the record highs of just a few years ago.  This trend continues.  This is significant to us as a large proportion of us engaged in geomatics in Canada are living and working in the west, and for a large proportion of us that means the Oil Patch.  In Alberta thousands of workers have lost their jobs as companies have downsized and held off on projects. This trend has not slowed down and is seriously affecting the job prospects for many geomatics professionals in Western Canada. 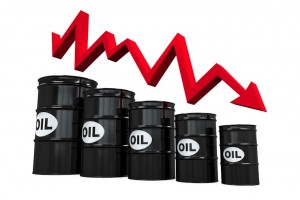 Two years ago I recommended to a lot of GIS and geomatics job seekers, especially first time job seekers, that they might like to head west to seek their fortune(Check out this article). Jobs were plentiful, especially for entry level surveyor assistants.  Since early 2015 I’ve been getting reports back from our GoGeomatics groups in Alberta that many of our friends have had their salaries reduced or have even been laid off as the price of oil has dropped. So the forecast for Alberta is not good for geomatics jobs as the price of oil doesn’t look like it will recover.   At the same time as I have been getting these reports from our groups in Alberta, I have also seen a major reduction in job posting from employers in Alberta of around 75% for 2015 on our GoGeomatics Canada job board.   On the brighter side, when the price of oil comes back so will the jobs.   My thinking is also informed by my first hand experiences in Alberta working the Oil Patch myself.  I’ve been able to talk to current geomatics workers in the field and the not so lucky ones who have been laid off.  If you were thinking of heading west for a sure job you might want to rethink that. 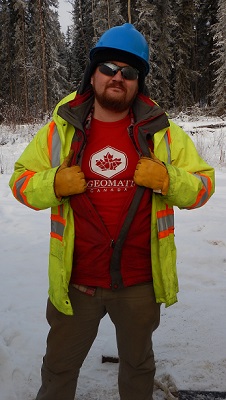 So now for the good news. I’m able to judge with a fair degree of accuracy where are the best areas for geospatial and geomatics jobs in Canada.  My opinion here is based on what I have seen on the GoGeomatics job board as well as my contacts in both the private and public sector in addition to what we hear from our groups across the country.   Your best bet for finding the best jobs in geomatics now are going to be with the many levels of government across Canada.  We have a new federal government that has indicated they are not afraid to spend and the public service should be seeing an infusion of new blood in the coming year. I have had off the record talks with Federal managers about their plans for hiring in the future that support this. So we should see some more jobs coming out soon.  To take advantage of these jobs you will need to keep an eye on the Public Service commission website (http://jobs.gc.ca) as well as the HR companies in Ottawa and around the country.

The other good news is that some of the provinces have begun to hire a slightly faster clip.  You might want to have a good look at British Columbia, Ontario, and Quebec.  However, all levels of government from municipal through provincial and federal should be on your radar. These are some of the best jobs in Canada as they are unionized and have relatively better job security.

If you were to force me to pick the province that has the best opportunities, I would say British Columbia. They have a strong tech sector and have an excellent diversity of industries that geomatics professional can get in on. Of particular interest, now that our dollar is beginning to resemble Monopoly money, is our forestry sector.  The low dollar has meant that our wood products are selling like hot cakes so have a look at the forestry industry in your area for opportunities.  BC is a good place to start.

What I’ve done is give a high-level look at what I see going on in our sector in terms of jobs today.  There are always exceptions. In fact, I picked up a GIS contract in the Oil Patch just a couple of months ago. So even though I’ve pointed out things aren’t good in Alberta, if you work your networks, there are still jobs everywhere. Another example of this is that before coming out to Alberta I was working in Europe on a GIS contract for the United Nations. I got that opportunity through networking as well. So again If you’re flexible and willing to work at your job search there are many interesting and rewarding opportunities in Canada and abroad for geomatics professionals.

Good luck in your job search.  If you want to hear more about my experiences please join me for a talk I am giving on January 19th in Ottawa and then on the next night (20th) in Calgary at our GoGeomatics networking socials in those cities.

Are looking to talk to someone about your career in GIS and geomatics? I am Canada’s Geomatics career coach.  I have been offering seminars for students, new graduates, and professionals for 5 years.  You can see some of that here.  If your school, association, or event wants to bring me in for a half day seminar please get in touch.  As well, if you are looking for some one on one coaching I do that as well. I offer personalized one on one coaching relevant to students all the way up through the executive level. New graduates are looking where to begin and  often what senior geomatics professionals need is a private and impartial sounding board.  Drop an email to Info@gogeomatics.ca to learn more about our geomatics career coaching.  Good luck!