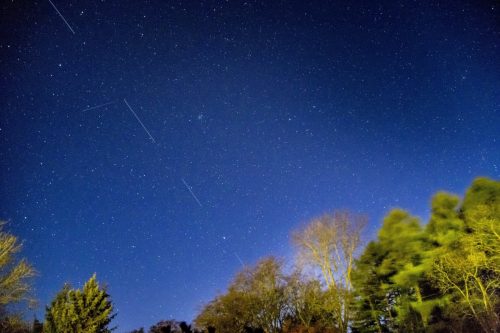 Do you live in Victoria, BC? There is a new hard-copy map showing the best spots to check out nature in and around Victoria. The Nature in the City: Guide to Many Adventures map highlights urban habitats where people can find interesting species and local parks — also known as naturehoods. A naturehood is any place you can connect with nature.

A tangible, hard-copy map was important to the creators. Due to the pandemic, there is so much we are not able to touch or come into contact with (of course, under regular circumstances, we seldom rely on paper maps anymore too!). A paper map offers people an opportunity to check off sites they have been to and nature/species they have seen.

For die-hard digital map lovers – there are plans to create a digital version in the future too.

Keep an eye out for this map while in Victoria!

The Cartography and Geographic Information Society recently awarded top prizes to four Canadian maps in a competition that saw 42 professional and 24 student submissions. The annual CaGIS competition is open to cartographers from across North America.

Alex McPhee was the Canadian cartographer to win in the professional competition. The 22-year-old from Sherwood Park, Alta. and his entry, Alex McPhee’s Province of Alberta, won the award for best reference map.

Was there a residential school near you? Find out with this interactive map

With the horrifying news of 215 children’s graves found at the site of a former residential school in Kamloops, BC, this resource from the CBC is more relevant than ever.  Whether you are new to knowing the existence of residential schools, or well versed, this topic is on all our minds.  With this tool, you can search for schools by year and location across Canada. You can also display all the schools that existed across the country.

CATALYST, a PCI Geomatics brand, is collaborating with Amazon Web Services (AWS) to take satellite-based earth observation intelligence to the mainstream business community via AWS Cloud. The CATALYST-AWS collaboration will deliver actionable geoscience analytics to users with any level of technical expertise.

CATALYST and AWS’s approach will make geospatial information accessible and affordable. They hope to be able to deliver information from satellites within hours, not days. Users of this technology will not need to be geospatial experts to produce analytics.

A new report by two Canadian researchers is highlighting the growing hazard of space debris. It warns that the new mega-constellations of tens of thousands of communication satellites could pose a new kind of danger that could ultimately threaten other satellites, astronauts, our ability to use space and could even have an impact on the climate.

The astounding number of satellites set to be eventually launched by projects from Starlink, Amazon and Telesat, etc., will outnumber the total number of objects orbiting the Earth today and form shells around the planet in low Earth orbit up to about 750 km altitude. The satellites cause visual pollution in the night sky – we can see them from Earth under the right conditions.

The bigger issue is the more objects placed in orbit, the greater the chance of collision between them, other working satellites, astronauts working in space, and people on the ground when the objects fall out of orbit.

Satellites are placed in careful orbits meant to minimize risks of collision, and modern satellites are designed to be de-orbited when they die, not just abandoned as space junk.  The commercial space companies must have plans to do this in an organized and safe way. Even without accidents, satellites eventually age out and are deorbited. This rain of dead satellites could have an impact on the climate.

When an object from space is incinerated, it doesn’t disappear completely. Satellites are made mostly of aluminum and that material remains at high altitude for a period of time. Falling satellites might trigger an uncontrolled experiment with the Earth’s atmosphere.