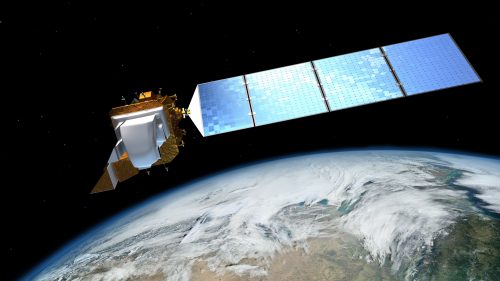 Esri’s new software, ArcGIS GeoBIM, allows ArcGIS features to appear in the documents within the Autodesk Construction Cloud and the BIM 360 environment. This feature will bring in added benefits, some of which are – proposal reviews, site context evaluations, visual analysis, design and construction coordination, etc. Once the feature-document connection is enabled through the GeoBIM Project Manager, the first step is to connect the Autodesk Cloud through the account tab, followed by the automatic linking of GIS and BIM through the Tool Tab. Next, after running multiple tools on selected engineering documents, issues are identified and BIM project boundaries are created, which helps in the monitoring of the project’s progress. This feature will bridge the gap between planning and the building of infrastructure.

Call for Concern on the Rapid Depletion of Iran’s Groundwater

Iran is facing a human-imposed challenge of extreme groundwater deficiency where three-quarters of its land are affected due to a higher rate of human uptake than a natural reflection of groundwater. The country’s socio-economic security is at high risk with the lack of proper food and water supply, exacerbated by mismanagement of the authorities and heavy agriculture. Between the years 2002 to 2015, an approximate 74 km3 groundwater was depleted from 500 basins and sub-basins, which has resulted in increased soil salinity and sinking. Urgent actions are required and include short-term (e.g. shutting down unregistered wells) and long-term solutions (changing agriculture practices).

12 volunteers set out to capture Petersburg temperature through a temperature sensor, on one of the hottest days, to collect data on heat islands and urban areas. Lack of greenery in areas where the Black population resides is a result of disinvestment due to racism and is one of the main reasons behind the increased heat of those areas. The findings of the project will open more doors to research on city projects.

NASA and USGS to Launch Landsat 9 this Septemeber

The new land will be replacing Landsat 7 and working along with Landsat 8 in monitoring and capturing land images, to aid natural resource management. Atlas V 401 rocket will be lifting Landsat 9 from Vandenberg Space Force Base to space this September.

AccuWeather App just launched its new feature “Hurricane tracker”‘ to help navigators become more aware of tracking, preparing and understanding impacts of hurricanes and storms, especially with the “above-normal” record this year. AccuWeather intends to provide hyperlocal, detailed and highly accurate information to the public through an accessible, user-friendly feature. This feature monitor with tools beyond the Saffir-Simpson Scale, where potential threats arising from coastal storm surge and flooding, rate of rainfall during severe storms, storms not reaching Category 1 but having the potential to cause significant damage, are considered.