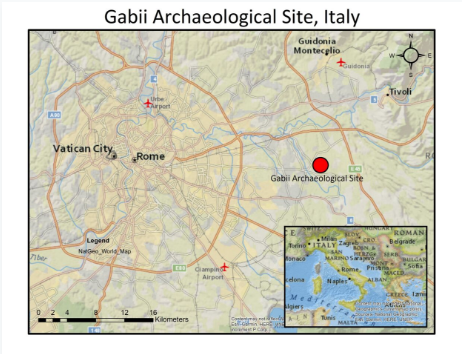 GIS and Archaeology Took Me to Rome 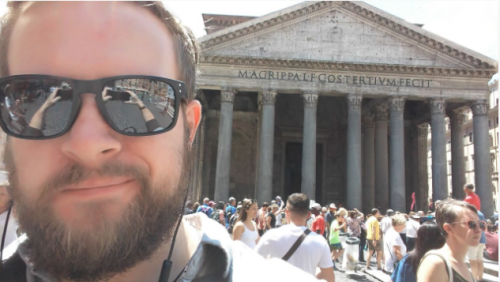 Alan D.K. Armstrong in Rome in front of the Pantheon 2018

Dreams can come true. One of mine has. Waking up on my first full day in Rome today, I decided to make the walk over to see the Pantheon. After seeing inside and outside of it, I realized that Trajan’s Column was a short walk away, so off I went. Seeing all that I could absorb from this landmark, I spotted a familiar structure in the distance and made another decision to go see the Colosseum now rather than later. I could not have been happier with this decision. . This is why I made the decision to go back to school in order to obtain a background in geomatics and GIS, and apply it to history, heritage, and archaeological preservation.

Have GIS Skills – Will Travel 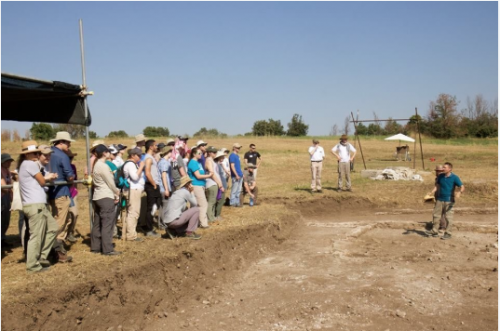 It was a big life change to take on. I was fortunate that opportunity presented itself when I contacted Laura Banducci, the head archaeologist in the Greek and Roman Studies department at Carleton University, who happened to be in search of a geomatics student with a focus in Classics and Archaeology for her work and that of her archaeological site at Gabii in Italy, 18km directly east of Rome. Becoming Laura’s research assistant brought me to Italy.

The Archaeology and the Ancient Site of Gabii

The ancient Latin city of Gabii is situated 18 km (11.2 miles) to the east of Rome along the modern Via Prenestina. The ancient city perches on the slope of the Lago di Castiglione, an extinct volcanic crater that was a lake in ancient times, but was filled with earth in modern times. Gabii was a renowned city in Roman times, particularly during the Republican period, and is, in legendary terms, said to be the place where Rome’s mythical founder, Romulus, and his brother, Remus, were educated. – Gabii Project

The archaeological site of Gabii is now enclosed by people, a flying school, and farmer’s fields, but it used to be the centre of an incredibly influential Roman culture in Rome’s early Republican era. The city was also a melting pot of Mediterranean pottery in the later Republican era and into the Imperial era of Roman History. This settlement was also inhabited for around 1,800 years as the artifact record includes objects from 900BCE to around 900CE. This is where I come in with regards to the project. Following the project proposal of Laura in tandem with the work already being done at Gabii, the main goal of my work is to analyze these 1,800 years of artifact data with a focus on the following tasks: 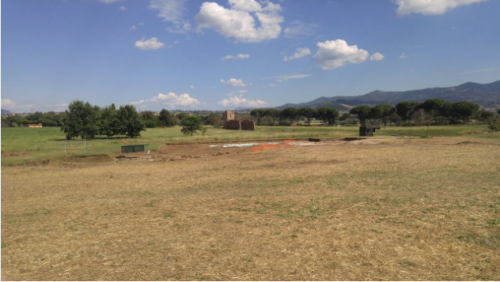 Each of these areas of my work have their own processes and steps, which will unfold as the project continues on. In order to accomplish what has been set out for this work, I will be implementing the geomatics knowledge and capabilities gained through my current academic program at Carleton University while expanding what I know as I progress in this field. This work will rely heavily on quantitative geographical statistics and spatial mapping so that I can cover the tasks listed above.

Over the course of the next five weeks, I will be working on-site at Gabii in different parts of the project which will all allow me to gain a better and more hands-on feeling of the overall work being done there, along with a stronger appreciation of the artifacts and history found underneath the Italian terrain. Once the five weeks have finished, I will return home to Ottawa and transition into phase 2 of my work for Laura, which is to narrow down what was discovered in the tasks outlined above, then begin a GIS mapping project from these discoveries. With that, I will be writing a Part 2 to this article in early August with my findings, to further outline how geomatics and GIS is benefiting the field of archaeology. 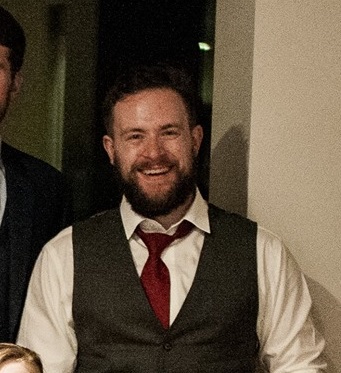 One comment on "GIS and Archaeology Took Me to Rome" 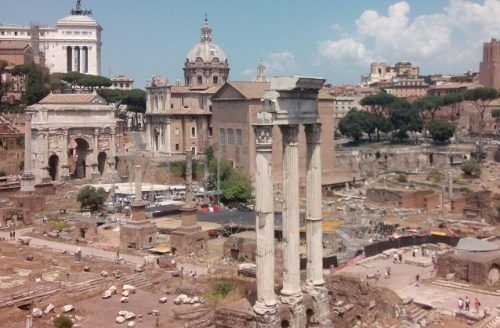 Canadian Alan Armstrong returns us to Rome for this next article in his series on archaeology and GIS. It’s been…