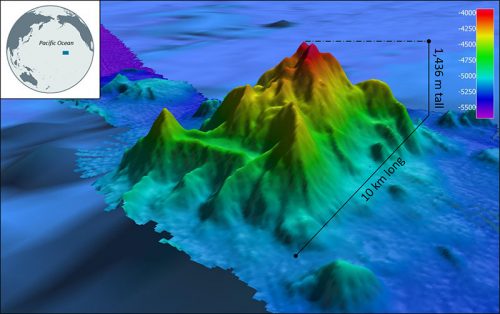 The National Oceanic and Atmospheric Administration (NOAA) has reached a major mapping milestone with two million square kilometers of the seafloor mapped. To achieve this milestone, NOAA used high-resolution multibeam sonar technology on its Okeanos Explorer ship. The free publicly available data that is collected on the Okeanos Explorer is used by scientists, students and ocean resource managers. NOAA has also been one of the main contributors for the Seabed 2030 project, which aims to produce a map of the entire seafloor by the year 2030. Seafloor mapping is an essential way to explore the unexplored areas of our ocean and can assist with national security, navigation, telecommunications, and hazard detection.

Marine data is a very powerful tool that we must utilize in order to protect our coastlines, oceans and the environment around us. A new article by Geospatial World describes the importance of marine geospatial data to drive decarbonization. As our world’s shipping industry accounts for about 3% of the globe’s greenhouse gas emissions, many nations have been calling on the International Maritime Organization (IMO) to include climate targets that are more ambitious to help us become climate-neutral by 2050. An aspect of this, is the Seabed 2030 project, which will help us further understand our world’s oceans. With this new marine geospatial data, we will then be able to look for new ways to reduce the carbon footprint of the shipping and other marine industries. The ocean acts as one of our planet’s largest carbon sinks and with kelp being able to capture five times the amount of CO2 when compared with trees, the increase in marine geospatial data will help us understand the various ways in which we can meet our climate goals.

Researchers located in Japan at the University of Tokyo, and in India at Roorkee and the Indian Institute of Technology are using smartphones to map the condition of roads to reduce the frequency of accidents. Road safety experts say that in order to monitor the conditions of the road surface you must look for irregularities in the road, such as, bumps, cracks, and potholes. The public can also be involved in this project, as anyone can add photos of any road damage they encounter. This collaborative effort of both researchers and the public will help detect road damage to lead to improvements in road conditions.

Is the metaverse more than just a toy?

Facebook has recently announced that they were going to become a “metaverse company”, which had many people asking, what is the metaverse? The term metaverse can be described as an interactive digital world where there exists a virtual copy of objects we encounter in the real world. This idea of a virtual reality is not something new, in fact, many companies have been developing things like virtual reality headsets and creating digital twins and smart cities for years. NVIDIA has been working on its platform Omniverse, this platform can simulate reality and turns 3D models into a virtual environment. This is just the beginning of virtual reality and setting up a digital model can really help us become better planners as we are able to run more tests, see changes and look for ways to adapt without altering the space itself.

Coincidence, Correlation or Causation? The Geography of Mysteries

This article explores some of the ways we use geospatial technology to map things like UFOs and Sasquatch sightings and the mapping methods used by ancient civilizations. An interactive map shows the reported UFO sightings over the continental United States from 1997 to 2015. An interesting pattern occurred when UFO sightings were mapped, most of the UFO sightings happened in urban areas which tend to have more artificial light and more light pollution. The golden ratio was also talked about and explained how it may have been used in ancient societies to construct the pyramids. They also discuss the importance of not confusing correlation with causation and that the lack of evidence does not mean that something did not exist. This article explores the concept of pseudoscience in geography and GIS and how geospatial technology could have been used to support the findings of various geographic mysteries.

Mapping our human footprint from space

It is estimated that the world’s population will reach 9.7 billion in 2050 and 68% of those people will live in urban areas. With the challenges experienced as a result of climate change, the increase in population in urban centres will only further increase air pollution and the vulnerability to natural disasters. The European Space Agency (ESA) has teamed up with the German Aerospace Center (DLR) and the team at Google Earth to create a World Settlement Footprint (WSF). The WSF takes data from the missions of the Copernicus Sentinel-1 and Sentinel-2 and processes seven million images taken from 1985 to 2015 from the US Landsat satellite to display how human settlements have grown during this time. This data can then be used to assist urban planners to help make cities more sustainable by understanding how urbanization is occurring. 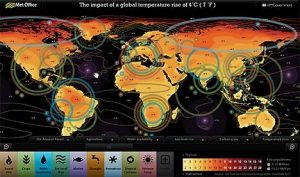