Haida Gwaii is a rich source for stories. There are many perspectives and many different formats. In the Haida culture there is the oral tradition. The first comprehensive versions of these stories were transcribed and translated by John Swanton in 1901. These were more recently retranslated and placed in a new written context by Robert Bringhurst.

In more recent times, we have the stories associated with the conflict that led to the end of the logging and protection of Gwaii Haanas. These go back to the book by the Islands Protection Society, followed by books by WWF-Canada, Ian Gill, Elizabeth May, and others covering the last thirty years. 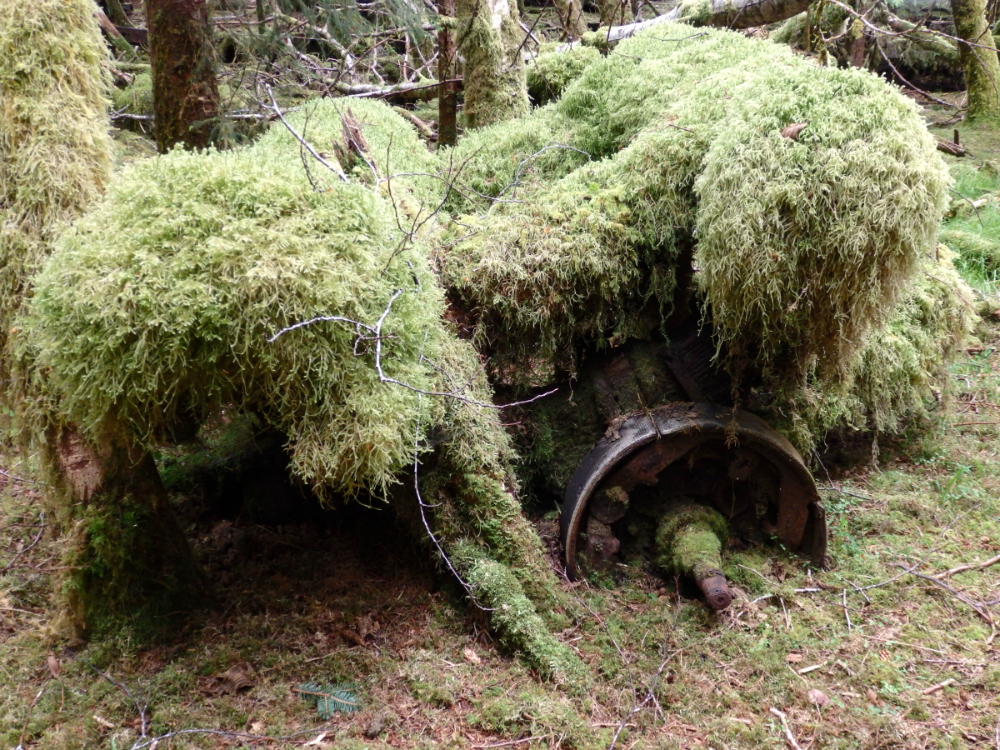 Today, we see the use of different media. This year, the National Film Board released Hadwin’s Judgement. There is also Charles Wilkinson’s documentary, Haida Gwaii: On the Edge of the World.

What does this have to do with Geomatics? We are seeing new technologies that allow “easy” access to positional information, like GPS, or SPOT. There is increased availability of global imagery, like Google Earth, and Bing. Story Map products allow the individual citizen to tell their stories by combining text, photographs and accurate digital geography.

This raises the questions:

In an attempt to answer these questions, I have entered into a mentoring arrangement with Melissa Ristow, COGS 2015 student. She has access to Esri ArcGIS tools, I have access to GPS coordinates, digital photographs, and the different contexts which can be found in Gwaii Haanas. The project is to document/to tell the story of a four-day trip into the Park, and to show the different interests within South Moresby. The obvious interests appear to be:

Gwaii Haanas is National Park Reserve, Marine Conservation Area Reserve, and Haida Heritage Site. The main mode of transportation is either tour boat operators, by sea kayak, or air. The region has been utilized by the Haida people for millennia. It has also been used by settlers for mining, logging, whaling, and fishing. The resident population of the region is low and seasonal. Through the Watchman program, there are interpreters at many of the abandoned Haida villages. There is a small community at Rose Harbour. Tourist operators maintain their facilities outside the park boundaries. 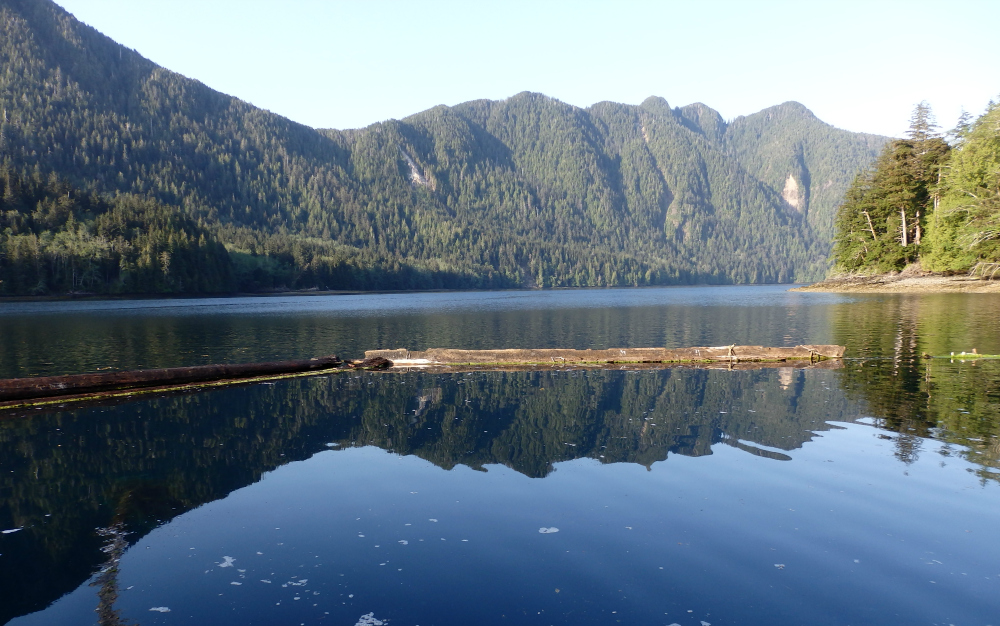 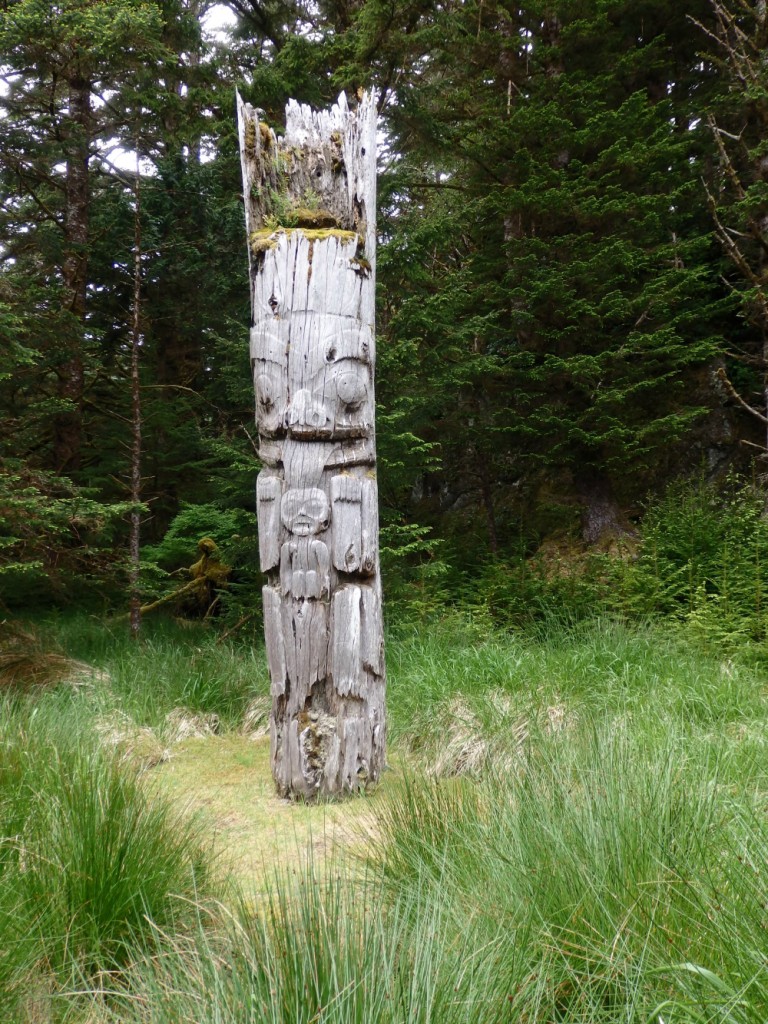 After visiting many of the Haida village sites in the NPR, observing the reclamation of the house sites and mortuary poles by trees and mosses, there remains a much larger story: the relationship between man and nature, and the different values/interpretation by the Haida Nation, Parks Canada Agency, non-Haida residents, and tourist operators. There are many overlapping, mutual interests but at the same time subtle nuances and differences. It is as if the remarkable beauty of this landscape has attracted the attention of a wide diversity of values and interests, and introduces the following questions.

We should use the natural richness of Gwaii Haanas to support the potential richness of shared information and stories, for both the global community and individual citizens. True community mapping is where community is non- exclusive. But is the term “inclusive community an oxymoron? It probably depends on the scale of the geography.

From John Ralston Saul, 2002 Lecture on Leadership and the Environment at Queen Charlotte, Haida Gwaii: “The key to the idea of leadership in the environment area, and in society in general, is that you must find ways to integrate people and place.” Sounds like a call for the tools of Geography.

Movies:
Hadwin’s Judgement
Haida Gwaii: On the Edge of the World

John R. Swanton. “Contributions to the Ethnology of the Haida. Memoir of the American Museum of Natural History.” 1905. New York

Elizabeth May. “Paradise Won: The Struggle for South Moresby.” 1990. McClelland and Stewart.

Robert Bringhurst. “A Story as Sharp as a Knife: The Classical Haida Mythtellers and their World.” 2011. Douglas and McIntyre.