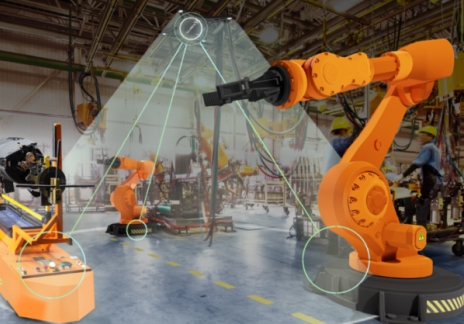 Can UWB technology yield sub-centimeter positions indoors? Yes, and there are many more applications as well. We examine this Alternate GPS/GNSS/PNT technology, by looking at one firm’s solutions and end-use applications.

For those in the precision positioning, navigation, and timing (PNT) development and end-user communities, the rise in buzz over new alternatives is a positive thing. No longer the exclusive realm of PNT geeks, we are seeing high precision reaching even consumer grade applications. And in places where the standard solution, *GPS/GNSS does not work well, or at all: indoors.

Indoor consumer navigation, location-based services, tunnels, mining, factories, and plants—so many applications. And many new solutions in production or in development. For example, there are solutions that can use Bluetooth, WiFi, or other signals, either through dedicated beacons or opportunistically from existing infrastructure. Another rising star, ultra-wideband (UWB) is one of the most promising technologies for short- and long-range navigation and positioning as it holds more potential to serve higher precision than many other indoor-focused solutions with a reduced amount of infrastructure.

In short, UWB can operate in a wide swath of spectrum, to deliver a lot of bandwidth at low power levels, albeit mostly at short ranges. To find out what advantages UWB holds for indoor applications, we spoke with Josh Senna, principal engineer and mobility technology lead, and Joseph Gauthier, manager and senior field applications engineer. Both are with Humatics, a technology firm that has done extensive UWB development.

“Bandwidth is what allows you to deal with multi-path,” said Gauthier. “Compared to UWB, [GNSS] has a very small amount of bandwidth (more than 2 orders of magnitude less). If you hold up a sheet of metal at a sufficient distance from a UWB antenna (e.g., 30 centimeters away), you can visually identify the multipath with the naked eye.”

Multipath is when signals bounce off objects, like metal and other solid objects, arriving at the antenna later than directly received signals. Too much multipath and you can get incorrect results. Likewise, for a survey grade GNSS rover that is showing residuals in the order of sub centimeters, holding a sheet of metal next to the antenna shows increased residuals, and the receiver might lose fix.

“If you put [a GNSS] constellation in a tunnel or indoors, it wouldn’t work,” says Gauthier. “Granted, you could probably make it work with an insane amount of time and effort, but why bother when you could simply use more bandwidth?” UWB offers a better approach and does just that. “To be honest, coming from the GNSS domain, the first time I saw UWB working, I was amazed. You can literally see the multipath signals on an oscilloscope,” notes Gauthier. “That’s not to say it’s without flaws though. If the multipath source is too close, the direct and reflected signals start overlapping, and you can run into trouble. With that said, the required separation is much smaller for UWB than GNSS. We typically recommend 30 centimeters to our customers, but it really depends on your performance requirements.”

Playing Well in the Spectrum

When a lot of people first hear the term ultra-wideband, they might envision it overpowering signals for other applications. Not so, each individual transmission is below the noise floor. Where UWB sits in the spectrum depends on what country you are in. Humatics UWB solutions operate in the 3-5 GHz and 4-5 GHz range. The WiFi you are used to using, or more specifically the IEEE 802.11 protocols as used in Wi-Fi Networks, fall in five ranges between 2.4 GHz and 5.9 GHz, Bluetooth between 2.4 GHz and 2.48 GHz. “As its name implies, UWB is designed to operate over a wide range of frequencies, but below the noise floor, so that it does not interfere with other signals,” says Senna. “Unless you had specialized equipment like a spectrum analyzer, you would not even be able to see it. Similar to [GNSS] receivers, our UWB radios know what to look for.”

“Like any system, UWB has a number of knobs that can be adjusted, depending upon the performance requirements,” says Senna. “One such example is range versus update rate. If you care more about range than update rate, you can sacrifice update rate for range. The system is highly flexible.”

We asked Senna for examples of applications for UWB. He outlined the Humatics Rail Navigation System can keep track of trains, assets, and workers in rail corridors and tunnel systems. This is for safety, asset management, signals modernization, and other applications.

“The rail system has two components: the hardware onboard the train as well as the beacons on the wayside,” say Senna. “The hardware onboard the train consists of a hub and its nodes. The nodes communicate with the wayside beacons to determine the range between them. This information is combined with the IMU measurements using sensor fusion. Each train has multiple hubs and nodes to ensure safety redundancy.” The method of measuring the ranges for our rail solution is two-way time-of-flight. The nodes send range requests to the beacons, then the beacons respond. The node uses the roundtrip time-of-flight to determine the range between the two.

“The two-way time-of-flight approach is very accurate and precise compared to other architectures,” says Senna. It relies on precisely synchronized time, in much the same manner as GPS. Indeed, nearly all signal-based solutions that do ranging for positioning and navigation rely on precise time synchronization. So, in that sense it is not inconceivable that UWB could be used to deliver precise time over small areas (as there is goring demand for alternatives to GNSS-delivered time).

For the rail application, an array of beacons can be set up throughout the rail system. And workers can carry portable beacons. These units all communicate with each other via UWB radios—all that is needed is power for each. Humatics has implemented a pilot project for the Metropolitan Transit Authority (MTA) of New York City, on one above-ground section of track.

On the Factory Floor

Another area where UWB can provide precise positioning and machine guidance is in industrial settings. This could include busy, congested, and high multipath environments like outdoors for ports, or completely indoors for factory floors.

Humatics’ Milo microlocation system is targeted at applications that need sub-millimeter positioning in a localized area, such as a robot cell or a landing pad. “Milo consists of a Base Station and Transponders,” says Gauthier. “The Base Station determines the position of any Transponder within 6 meters of range (and counting) at a high update rate. The Transponders may be attached to robot arms, vehicles, tools, assets, and even products. A single Base Station is capable of tracking many Transponders, so long as they are within its cone-shaped coverage area.”

For instance, you could check the alignment of the wing of an aircraft being assembled automatically or help a robot precisely stage and position components for assembly. Any application or task that could be improved by knowing very precisely the location, movements and relative proximity between people, machines, robots, and infrastructure, could be a growth area of UWB solutions.

Factories have seen an increasing degree of automation for over half a century, but there are still many tasks that could be further automated. Take for instance many functions done with fixed robotic arms. They have astounding repeatability as in they can hit a position repeatedly quite well. Calibrate it to a specific position, and it will return quite precisely, but there are weaknesses in accuracy, as in how well they can hit positions based on the design model. Companies oftentimes spend more time and money programming and maintaining their robot arms than they do on the robot arms themselves. Before factories can further automate, say with robotic arms on mobile robotic platforms, going out on the floor to do multiple tasks that can vary from day to day and from product line to product line, industrial metrology needs to be in place to provide not only the precision, but the accuracy.

No one is suggesting that UWB positioning, or any of the other alternatives to GNSS, could serve as a complete replacement for GPS/GNSS—none could do everything GNSS does on a global scale for positioning, navigation, and timing (PNT). But such alternatives can serve as backups for critical functions, and work in places where GNSS cannot; indoors, in tunnels, areas of limited sky, and instances of interface/jamming/spoofing.  UWB positioning solutions, like these examples from Humatics, paint a bright future for this technology.

How soon might we see UWB positioning as a useful tool for geomatics and asset mapping? Certainly, the developmental push for indoor navigation and positioning, albeit at precisions that would not be considered “survey grade”, could eventually yield devices or peripherals that can feed indoor (or GNSS challenged environments) positions to say, field mapping apps. Firms like Humatics may not be focused on market segments like geomatics and mapping (yet), but if a technology produces reliable and repeatable positions, it usually does not take long for potential end users to propose new applications.

*NOTE: “GPS” (Global Positioning System) has become the shorthand term for all satellite navigation (satnav). This is not necessarily a bad thing for most, but when it comes to high precision satnav applications like geomatics, mapping, geospatial, geosciences, AEC, etc., this presents a dilemma: If we are referring to multiple constellations, the term “GPS” alone no longer fits, but if we use “GNSS” there are so many who have never heard the term. Referring to satnav generically as “GPS” made sense initially as the U.S. Navstar constellation (inaugurated in 1978) was the first, and now the most commonly used. But in the decades since then, other satellite navigation constellations have also been deployed: Glonass (Russian), Galileo (Europe), Beidou (China), QZSS (Japan), NavIC (India), and various regional augmentation systems. Together they serve as a “system of systems”—Global Navigation Satellite Systems—GNSS. These multiple constellations provide redundancy and performance gains that a single constellation could not. Multiple constellations continue to be broadly adopted for consumer to professional applications. “GPS” will likely still be used generically to refer to satnav, but for the purpose of articles like this, let’s start giving the term “GNSS” its proper due.

Gavin Schrock, PLS is a surveyor, technology writer, consulting editor for GoGeomatics, and operator of a cooperative GNSS network (RTN). He has worked in surveying, mapping, data management, GNSS, and GIS for more than three decades in the civil, utility, defense, and mapping disciplines. He has published in these fields and has taught these subjects at local, state, national, and international conferences 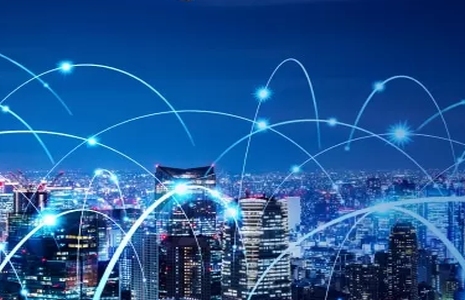 Positional continuity, precise and traceable time, testing and simulation—key elements of multi-layered alternate PNT solutions. What is Alt PNT? What… 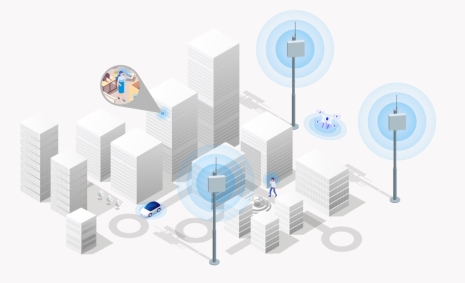 Beacons of Hope for Positioning, Navigation and Timing Alternatives Whenever we hear people talk enthusiastically about 3D digital twins, real-time… 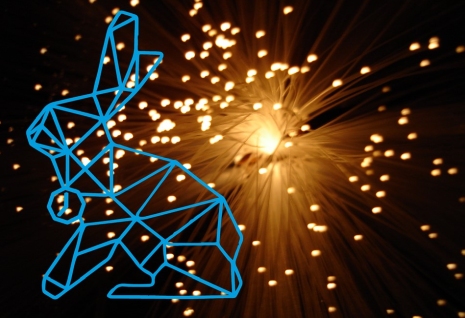 Exploring the esoteric world of precision timing by “following the White Rabbit”. By Gavin Schrock, PLS While most in the…