GeoConnections of Natural Resources Canada (NRCan) has upgraded to the highest level of membership—strategic member—in the Open Geospatial Consortium (OGC). NRCan has historically contributed to new standards that made geospatial data available to mainstream web developers and non-geospatial experts around the world, and the new membership will further help drive standards and shape development priorities important to geospatial natural resource stewardship. It will also significantly strengthen NRCan’s position internationally. Other strategic members of the OGC include the European Space Agency, the Ordnance Survey, the US Geological Survey, NASA, and the US National Geospatial-Intelligence Agency. As a strategic member of OGC, NRCan helps to provide leadership in market exploration and technology trend analysis to keep OGC activities effective in a changing environment. 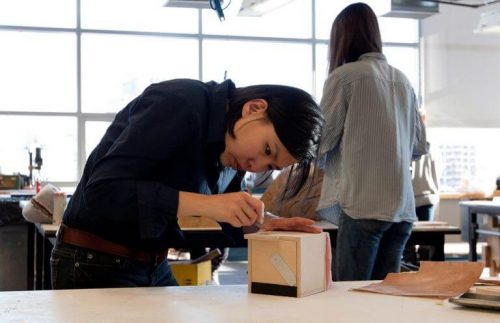 Concordia University has received the Canada Excellence Research Chair in Smart, Sustainable and Resilient Cities and Communities, which comes with CA$10 million in research funding. The award acknowledges Concordia’s efforts in advancing intelligent communities which combine smart technology, integrated building design, and community engagement. Concordia’s Professor Greg Nielsen believes that smart cities should approach technology with social responsibility in mind, and wants to see data mining, Cloud technology, the Internet of Things and artificial intelligence applied in a way that fosters sustainable citizenship. Neilsen interested in the answers to the question of whether socially responsible smart cities can solve social problems.

The Sunshine Coast Centre of the Royal Astronomical Society of Canada (RASC) has joined a growing number of concerned Canadians who wish to see Canada remain a leader in the space science industry. A coalition of more than 40 companies, associations, and academic organizations led by the Aerospace Industries Association of Canada and MDA are campaigning for a funded long-term Canadian Space Strategy to ensure that Canada holds onto its 60-year legacy of Earth observation, space robotics, optics, and satellite telecommunication. The global space market is worth over US$380 billion and could grow to be a multi-trillion dollar market in the future. Vice President of RASC Charles Ennis will be speaking on the issue November 9th in Sechelt, BC. 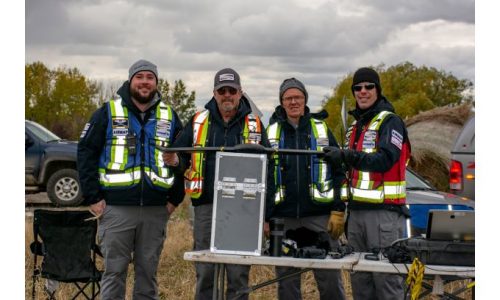 One of Canada’s leading commercial drone operators IN-FLIGHT Data has just completed North America’s first urban beyond-visual-line-of-sight (BVLOS) unmanned aerial system project in a major city. In collaboration with senseFly, a leading provider of drone solutions, IN-FLIGHT Data carried out the project in Calgary. The flight was commissioned to collect mapping data to support the development of the city’s first new cemetery site since 1940. The mapping covered a total of 414 km at an average distance of 2.35 km from the pilot, demonstrating the safety and effectiveness of BVLOS UAS flights in the process. Requiring less personnel and operational needs than a manned aircraft, BVLOS drones are not only safe and efficient, but they are also ideal for reducing costs of urban UAS operations.

In recognition of Aboriginal Veterans Day, the Honourable Amarjeet Sohi, Canada’s Minister of Natural Resources, released an interactive map displaying geographic features named after Canadians who sacrificed their lives during military service. Canada’s Commemorative Map highlights lakes, rivers, mountains, islands, and parks that were named to honor war casualties, including 450 civilians and members of the armed forces. The Minister invited those wishing to contribute more names to the project to contact the Geographical Names Board of Canada Secreteriat, saying “It is important to remember the sacrifices veterans have made during times of war, military conflict and peacekeeping missions and their contribution to our nation’s history and its future. This map is a first, important step in an ongoing process with provinces and territories to commemorate those that have served in the defense of Canada.” 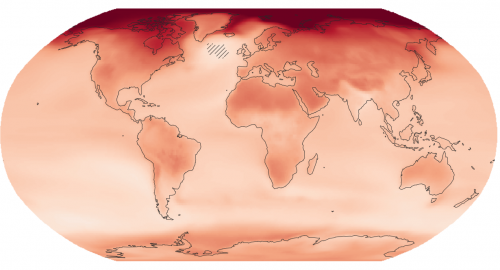 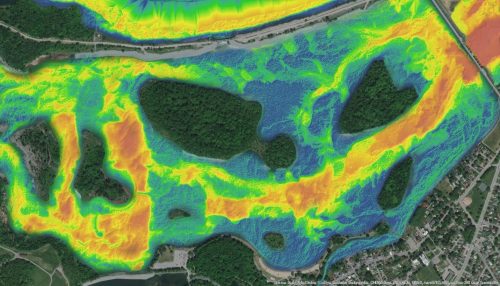