Cameron has been a GoGeomatics Social Leader for our Toronto group since Janurary of 2012. Cameron is in essence the founder of GoGeomatics Toronto. He is a true Torontonian at heart, and has ensured that our Toronto group has flourished into what it is today – a large grouping of geomatics industry professionals and students. This proves his interpersonal skills and determination to keep a good thing going!

Cameron started his career in 2007, where he began his Bachelor of Arts in Geographic Analysis at Ryerson University, which he completed in 2012. Cam has created his own professional website www.obriengeomatics.org – an exemplary way to showcase his skills in web development, as well as being able to promote his projects and recent accomplishments. Throughout his time at Ryerson, Cam completed four major projects, including “An Exploratory Study on the Risk of Second Hand Smoke Exposure on Ryerson University’s Campus”. This and Cam’s other projects can be found on his website.

Throughout his undergraduate degree, Cam worked for the City of Toronto in the Water Infrastructure Management division for two summers where he maintained database systems to provide accurate information on water-related infrastructure using Crystal Reports. He also worked for the Ontario Ministry of the Environment for two summers, where he was able to further expand on his GIS skills including GIS web services and web-based GIS tools.

Since the completion of his time at Ryerson, Cam has begun the Police Foundations program at Humber College, with an expected completion date of April 2014, in order to pursue a career in Policing. He plans to apply his GIS knowledge as a frontline officer to help prevent crime and build strong relationships between police and the communities they serve.

“Cam was the perfect guy to get our Toronto GoGeomatics social group off the ground. He’s energetic, personable and knowledgeable about GIS. He basically started the second GoGeomatics group in Canada and stayed the course building and networking until we had a solid group there that continues to grow. If I had to describe Cam in a word it would be indomitable” 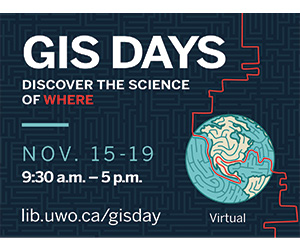