How Pokémon Go can encourage a love of outdoors … and family …

In a prior piece, Jonathan Murphy pointed out that fun and geospatial awareness can go together through a game. I think games are important to play with your kids. Who doesn’t love Family Game night with Mom and Dad, your siblings (even if you wanted to loathe them) and sometimes Gram and Grandad? The Great We, aka the commentariat of society, bemoan the loss of our kids to computers and mobile devices, of the lack of family time and how enjoyment has shrunk as we all make sense of the global economy and finding rewarding work within it. Worst of all, as we connect with our ever-more productive and useful devices, we lose time to connect with the outdoors and with each other.

Enter the new global phenomenon known as Pokémon Go. A clever little augmented reality game, a fad perhaps. Or, if you’re Oliver Stone, a vast CIA conspiracy involving totalitarian capitalist surveillance.  You go around and catch Pokémon, the ubiquitous Anime characters that have been conquering cartoon television for 20 years now.

In case you’re wondering, this is one of my “captured” Pokémon, a “Golbat”. It was flying about my place, and as it is apparently a “Poison” type, I thought it best to capture so I don’t get bitten.

The more important part of the game isn’t the game at all, it’s getting people of all ages interested in using their devices and their legs. Geocaching is a great effort, and I endorse it, but attaching a game brand that is popular the world over can do something that even Geocaching can’t do: give it a hook. Like Harry Potter 20 years ago brought kids back into reading, so maybe Pokémon Go will bring about the ability of kids to go outside and see their world. Geocaching, as most of us Geonerds know, is  a geographic “scavenger hunt” for points on a map, using a GPS-enabled geocaching tool or app, and then you take an item and leave an item. Pokemon is similar, but the map is live on your screen. The map features roads, paths, game features and even the foot signature of buildings.

Take a look and you’ll see the road by my place, the signature of the foot of the building where I live. Leaves will rustle around you, and a Pokemon will pop up. You then tap the Pokemon, and try to catch it with a Pokeball my sliding your finger from the bottom to top of the screen, with the length of the swipe equal to the strength of the throw. You don’t need to throw hard, just accurately.  The Pokemon may move around, so be careful in catching it!  Of course, there’s my online Pokemon snagging avatar, which walks in the same motion and direction as you, complete with “Swaggy” backpack. My son calls it swaggy, I have no idea what that means.

However, here’s a caveat. My Dad, my younger son and I went to catch Pokemon at a local park which is also a “PokeStop”, i.e. a place where you can get supporting goodies, like “Pokeballs” that are used to catch the little critters. My son had his head down, walking in the park, and nearly tripped on a root. I said, remember, be aware of your surroundings, like the game says to be. Realizing the petulance of teenagers (He turns 14 August 1), I asked him to start identifying basic physical features – types of trees, plants and animals that aren’t augmented reality. At first he was a bit annoyed that I was asking questions and having him observe the world around him. I stayed insistent. I said the point of a game isn’t to win, it’s to enjoy the play. It’s to explore every contour of the game, to enjoy the adventure that makes it fun. Eventually, he understood what I was getting at, and all 3 generations enjoyed a gorgeous walk in a park on a sunny day, and we even waved and smiled at a few fellow players.

We caught only 1 Pokemon that day, but we got a better understanding of the local park and we were able to spend time together. My Dad has a new way to bond with his grandson and get him outside when visiting – Dad even had his grandson download the app on his tablet! We were always an outdoorsy family growing up, but my younger son not so much. This is a way to share time, to see the world, and maybe start caring about it a little more. 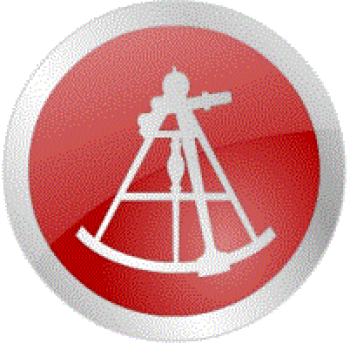 While I was reading Andrea Wulf’s “The Invention of Nature. Alexander von Humboldt’s New World”. I noted a comment on…

My friend, Edward, directed me towards the Internet and the podcast website entitled ‘The Accidental Geographer’. Edward, in his version…