Over the Easter break, I was walking along the North shore of Graham Island towards Tow Hill (pictured below). At the foot of Tow Hill in Haida, Taaw Tldaaw – literally Grease Mountain – there was a sign explaining the relationship between the hill and Haida mythology. 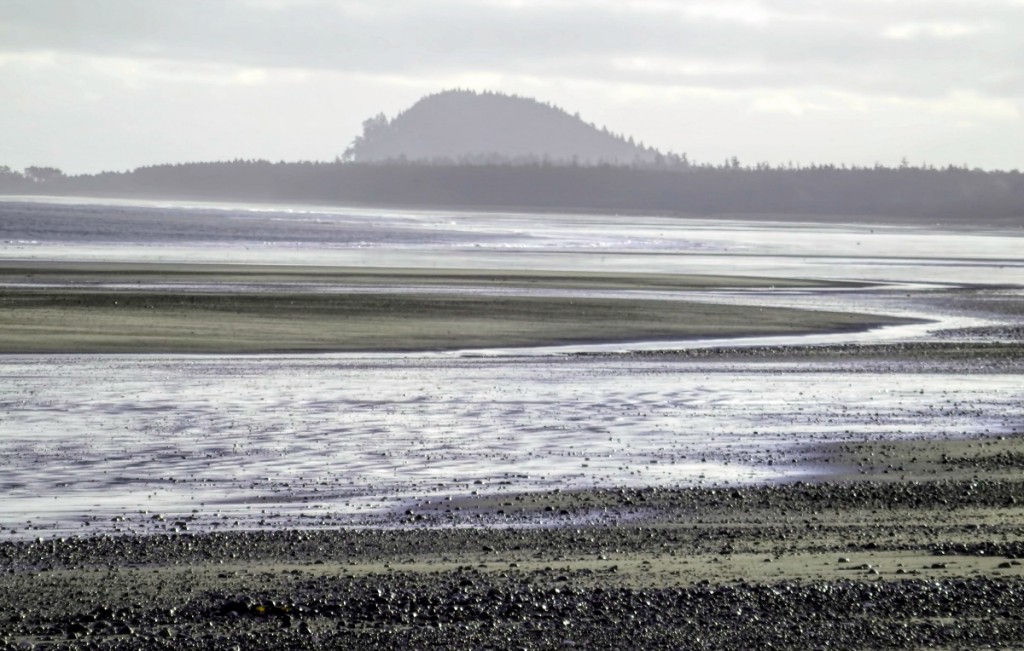 Robert Macfarlane, in his recent book Landmarks, talks about words that have disappeared from the Oxford Junior Dictionary (OJD). I can’t help but wonder what Robert Macfarlane would make of the relationship between landscape and language on Haida Gwaii. My suspicion is that he would be overwhelmed. 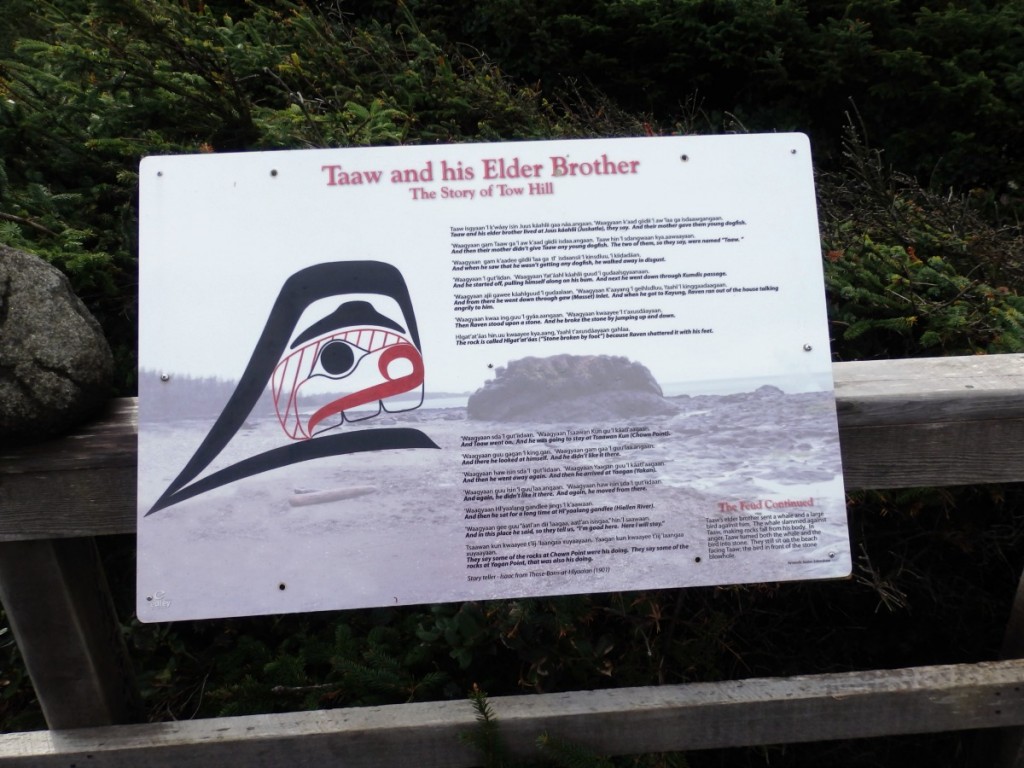 To follow this thread, it is important to understand the contributions of John Swanton, described in the following quotation:

“A hundred miles into the Pacific, drenched in rain and wind and mist and sunlight, lie the islands known as Haida Gwaii. In September 1900 a young soft-spoken linguist with a new degree from Harvard and a bundle of instructions from his mentor stepped ashore there, planning to stay half a year, learning what he could of the Haida language, and of Haida life and thought and social structure.

The linguist found himself confronted by great art, great devastation and great literature.”

This quotation is from the prologue of Robert Bringhurst’s A Story as Sharp as a Knife: The Classical Haida Mythtellers and Their World. This book, volume one of three, offers both a context and an interpretation of the Haida mythtellers.

The depth of the relationship between landscape and language presents a conundrum. I have looked at the possibility of using ArcGIS technology to present a “story map” of my stay. While useful for georeferencing photographs and some text, it seems inappropriate for the complex task at hand. Talking with John Broadhead at the Gowgaia Institute, it is apparent that it is not possible to easily separate stories from the landscape. As part of their research at the Institute, they have made significant contributions to our understanding of the relationship between fish and forest, using the same technologies.

To do justice to the complexity of the inter-relationship between land:sea:sky and the connectivity of the Haida and settlers on Haida Gwaii will require a weaving of narrative, science and different modes of communication. Not just Haida and English, but also the intertwining of great art and great literature.

We can look to Bill Reid, Haida artist who contributed “Chapter 1: These Shining Islands,” to Islands at the Edge. Reid talks about the choice of South Moresby as a potential national park reserve (Gwaii Haanas NPR):

“Why? First, because of its overwhelming beauty – hundreds of islands each with a character as distinctive as its name: Hotspring, All Alone Stone, Flowerpot, Tuft, Flatrock, Monument and many more. And these are just prosaic English names. The old Haida had much more expressive ways of identifying their intimate environment, such as Killer Whale with Two Heads, and Sunshine on His Breast and Red Cod Island.”

“When, or if, we should decide that subduing is not the only, or even most desirable, way of making our way through the world, these shining islands may be the signposts that point the way to a renewed harmonious relationship with this, the only world we’re ever going to have.” (p.226)

1. Solitary Raven: the Essential Writings of Bill Reid was edited by Robert Bringhurst.

3. There are two recent films on Haida Gwaii. Charles Wilkinson’s Haida Gwaii – on the edge of the world at the Toronto Hot Docs Film Festival 2015 and Sasha Snow’s NFB film, Hadwin’s Judgement based on John Valiants book The Golden Spruce.

Robert Bringhurst. 2011. A Story as Sharp as a Knife: The Classical Haida Mythtellers and their World. Volume 1. Douglas and McIntyre. Second Edition.

John R. Swanton. 1905. Contribution to the Ethnology of the Haida: Memoir of the American Museum of Natural History, New York. Reprinted in 1975.