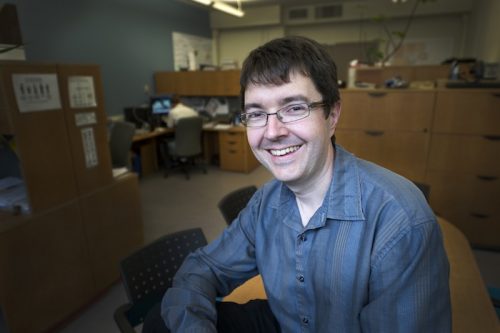 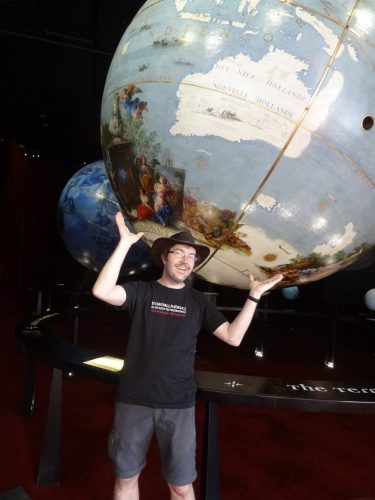 This series first started with three career profiles linked to COGS in Lawrencetown, NS, and then moved west to Victoria, BC. But geospatialists dot the Canadian landscape, and my next subject takes us east.

I first met Dr. Rodolphe Devillers at a meeting to do with geospatial activism in Newfoundland and Labrador. I knew he was a professor at Memorial University’s Department of Geography. Somewhere in our informal conversation, I asked the inevitable nosy Newfoundlander question: “Where are you from?” (I detected a slight French accent.) His cheeky answer was, “Torbay”, his hometown in Newfoundland. Touché, monsieur!

The next time I saw him, I asked again: “Where are you really from?” It may have been at the joint Canadian Association of Geographers/Royal Canadian Geographical Society conference of 2013, of which we were both a part (this day-long session resulted in “The St. John’s Declaration”). Born near Lyon, France, Rodolphe moved to Montreal to continue his education. He liked Quebec so much he stayed for two Master’s degrees at two universities in Quebec City, first the University of Quebec, then Laval University, where he completed his PhD.

Next, Rodolphe joined the Department of Geography at Memorial University (MUN), St. John’s, attracted to the ocean next door and the cross-disciplinary research (e.g., geography, biology, geophysics, and engineering) that MUN undertakes in cold ocean marine environments. MUN has graduated some of the best physical and human geographers, cartographers, remote sensing, and GIS professionals in Canada.

The opening statement of his department profile describes what skill set he has brought to his position: 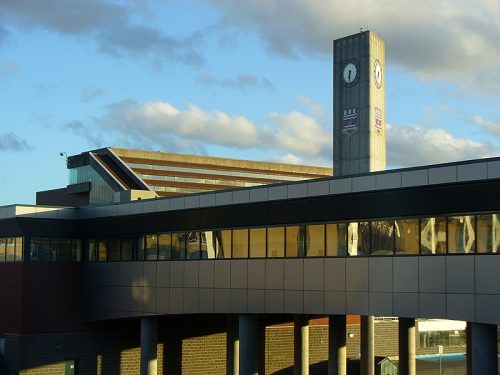 Memorial University of Newfoundland and Labrador

“I am a geographer coming from a multidisciplinary background and interested in way too many things, including how Geographic Information Systems (GIS) can be used or extended to improve our understanding of our oceans or support their management and the questions of usability of geographic data by non-expert GIS users. My research interests are at the interface between geography, computer science, biology and earth sciences.”

Rodolphe is passionate and totally engaged in his chosen path, besides being dedicated to professional and community involvement as a Fellow of the RCGS, National Past President of CIG, and MUN Faculty Volunteer of the year. As his approach is as a “multidisciplinary” geographer, who uses geospatial technology to study oceans, I needed more information… Since we live in the same city, this article was a good excuse to meet over coffee for a chat. I decided to stay away from the usual questions, the answers to which can be found in his profile.

Peggy March: What topics do most of your teachings involve?

Rodolphe Devillers: For the teaching side I cover the Cartography stream of our GISciences offering at Memorial University (from the 2nd year to the graduate level), teaching basic Cartography (e.g. projections, scale, types of maps), advanced cartography (e.g. spatial databases, web mapping, crowdsourcing), and also a graduate course on marine habitat mapping that is closer to my research work.

Peggy March: How would you describe your current area of research?

Rodolphe Devillers: It is fairly diverse, but I guess most of my research looks at how geospatial methods can help better understand our oceans, from the ocean surface to its seabed. A lot of my current work is very interdisciplinary, at the interface between Geography, Geomatics, Biology and Computer Sciences. I do a lot of spatial analysis, geo-visualization, decision-support systems, but also some underwater remote sensing.

Peggy March: Where did you first encounter GIS?

Rodolphe Devillers: I think it was during my first Master’s, back in 1999 (almost 20 years ago… really?). I was studying Earth Sciences and was dealing with a lot of samples taken from the ocean seafloor that had to be mapped. I started to use the GIS software MapInfo and then decided to do another Masters’ but this time in Geomatics.

Peggy March: Describe the process of your learning and applying GIS.

Rodolphe Devillers: Well… like many people I learned GIS outside of a classroom; learning by doing. I then discovered quickly that knowing GIS software did not make of me a GIS specialist, and enrolled in a graduate program in Geomatics to get a proper training in GIS (not only the tool but the methods behind and the science). Theory and practice are essential in this field.

Peggy March: What post-doc work did you do at Natural Resources Canada?

Rodolphe Devillers: My post-doctoral work was jointly funded by the Canadian government (NSERC) and NRCan. I worked at Geomatics Canada in Sherbrooke, QC, in the group that was doing most of the digital topographic mapping for all of Canada. My role was to create a course on the (at the time) recently released ISO (international standards) in geomatics and then give this course to a number of groups (NRCan, Fisheries and Oceans, National Defence, etc.) in the province of Quebec.

Peggy March: What’s the most discernible difference between GIS/Geomatics now and when you first started.

Rodolphe Devillers: Time flies and the geomatics world is changing very quickly. I started at a time where there was almost no Web mapping, no Google Maps, no Google Earth, etc. GIS was done on desktops, the software was expensive and mostly ran on expensive computers. Back in the days if someone was asking me what I was doing I would say “I work on GIS” and people would respond “Hein?” and I had to explain “I am doing maps with a computer.” “Ohhhh…?” Today, when I tell people that my job is to make maps with computers they say “Oh, like GIS”! That’s it… it’s mainstream now!

Rodolphe Devillers: The size of our country and its low population have always pushed people to be early adopters of geomatics technologies and this is arguably what put Canada at the forefront of the discipline in the 1970s-1980s and a bit after. We still score fairly high for our population and now face the emergence of countries like India or China. But one thing that really shot us in the foot in my view is the almost total disengagement of the Canadian government (e.g. NRCan) in research and innovation, but also in the geomatics community. What we now have are fragments of geomatics sectors stitched together in different ways, sometimes successfully, but rarely leading to a weak national synergy in the sector. But I see this as a downtime and as an opportunity for the new generation coming in!

Peggy March: Do you believe that having a solid education in the school system is the precursor for being an effective geospatial practitioner?

Rodolphe Devillers: I clearly do. Learning GIS (the software) is a no-brainer. Learning how to solve complex problems using GIS or getting the skills to allow us to innovate in the way we approach those technologies is something very different. There is no shortage of great schools across Canada and doing a proper training is a great investment in a career! We don’t need people pushing buttons, we need people that can think well and often think differently!

Peggy March: I have heard on the grapevine that you are going to France on sabbatical. Can you tell us where and about what you will be studying?

Rodolphe Devillers: Yes, I’ll be in France for a full year to work in a group specialized in marine conservation. One part of my current research focuses on the use of geomatics methods and technologies for supporting the conservation of marine life, including the identification of new marine parks. I will work with scientists that do similar work in Europe and in the Pacific Ocean with the aim to learn new skills I can bring back to Canada! So in short, I am still learning and this is one of the exciting aspects of my job!

Peggy March: What interesting places have your career/research taken you?

Rodolphe Devillers: Oh, there is no shortage of places I have been to… I lived for a full year in Australia (for work), have spent weeks at sea on scientific vessels exploring marine life at thousands of meters of depth. My work brought me to Japan, China, India, New Zealand, most of Europe, South America, Africa, etc. Only this Fall I’ll be in France, Iceland, Morocco and Thailand. While not a field scientist I had no shortage of travel, something very important in my field as it helps expand our horizons and learn from others!

Peggy March: You are very active in ocean conservation, being an advocate for Marine Protected Areas. Do you think Canadians are concerned enough or is it too late for oceans and its biodiversity? 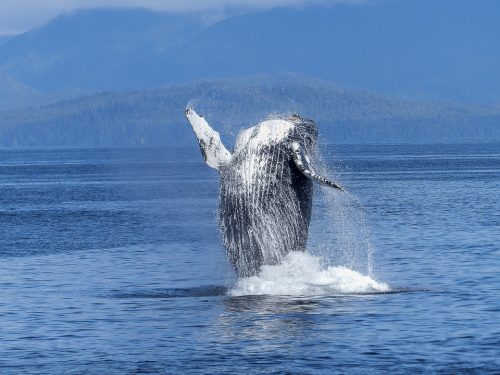 Rodolphe Devillers: Better late than never. I found in conservation a way to make my geomatics skills matter. Most geomatics work is done by people to help people. I want to help those species that can’t use those technologies but could benefit from them! There is a very serious ecological crisis and, much like climate change, there may be points from which we can’t return. I am trying to use my skills to provide knowledge that can be used to better protect our environment. There is no Planet B… let’s hope we don’t need one down the road!

Peggy March: What do you see as Canada’s largest shortcoming in relation to sustainable oceans regarding species, sustainability, and degradation of marine environments?

Rodolphe Devillers: The problem is fairly simple… Global population is increasing, our need for natural resources increases, so our impact on the planet increases. I guess the real change will have to come from people, realizing that we can’t survive if we don’t take care of the environment that allows us to survive. Changes take time and the geomatics field has a key role as it is all about big data, geospatial measurements, etc.

Peggy March: Are you concerned about the effects that climate change will have on the Arctic marine environment in particular? Should there be a movement to keep the whole Arctic Ocean as a world MPA or allow geopolitical intervention to continue?

Rodolphe Devillers: In a world only made from reasonable people I guess this would be ideal, although protecting all the Arctic using an MPA would not protect it from rising temperature and other global threats. Problems are complex, so are solutions.

Yes, as Dr Devillers says, “Problems are complex, so are solutions.”

Philosophically speaking, we (humankind) are all working towards building something. Maybe we don’t know yet exactly what that is. We think we have answers, and then our solutions cause more problems; but we as a species must continue contributing to solutions, however difficult that may be. 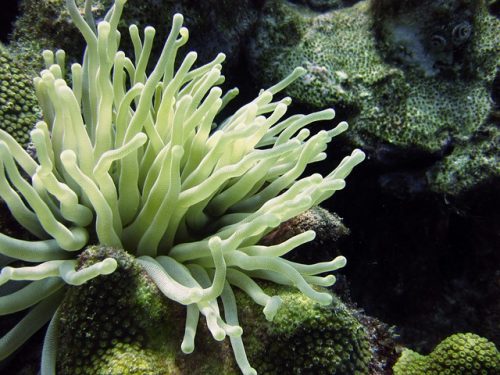 Dr Devillers is an excellent example of how one’s skill set can be applied in a diversity of situations. His ability to be open to new paths for self-enhancement has prepared him for his role (and that of his students and fellow academics) in addressing the exponential demands of the “geo-int revolution”. Dr Devillers articulates this best by his recounting of where he started in GIS/Geomatics, to its inevitable crossover into the mainstream. This foundation of geospatial data underlying almost anything we do on the planet is significant. The starting point for Dr Devillers is vastly different from the beginning of geospatial careers of the new generation on the cusp of graduation and entry into the workforce, but he will inspire more ideas. As with any notable teacher, he will be a catalyst and affect the future. Spending time with Dr Devillers was an invigorating gift which was much appreciated.

Follow his example as a life-long learner/explorer/volunteer, enhance yourself at every opportunity, be a steward of the environment, and give back to the greater good selflessly. Find him on Twitter: @seamap