GoGeomatics is thrilled to announce the first-ever GeoIgnite Conference in Ottawa! Taking place on June 18th and 19th, 2019, our conference will unite government, business, and thought leaders in the IT and location technology sector for two days of innovation and collaboration. Focused on the themes of “Leadership, Innovation, and next-level Technology”, GeoIgnite 2019 will give attendees the first glimpse at current and future landscapes of emerging location technologies, and provide an ideal opportunity for students, professionals, and innovators to meet and make connections.

As GoGeomatics Founder Jonathan Murphy says, “This is the location technology conference that Canada has been waiting for.”

The glacial landscape of the North will be the site of unique mapping methods thanks to a Vancouver Island University research project. Funded by Natural Resources Canada, Professors Dr. Jerome Lesemann and Dr. Brad Maguire are assisting in the development of better remote predictive mapping (RPM) methods to aid exploration. RPM is a form of semi-automated mapping is less time-consuming and expensive than traditional methods of surficial mapping; VIU’s project also aims to develop computerized detection of the sediment components of eskers—ridges of gravel and sand in formerly glaciated regions. RPM is an ideal technology for mapping landforms as yet unmapped in the Canadian North.

As part of closing the Geosys Acquisition (which is now in the hands of Land O’Lakes), UrtheCast has entered into a 12-year agreement to provide Land O’Lakes with services in excess of $10 million a year. UrtheCast can now more effectively deliver unique insights from the data of the UrtheDaily constellation. Don Osborne, CEO of UrtheCast, commented, “We are excited to expand our data services and analytics business by adding the proven capabilities of Geosys to UrtheCast. By unifying these companies, UrtheCast will be well positioned as the leader in fully integrated geoanalytics solutions for agriculture.”

New rules applying to Remotely Piloted Aircraft Systems (RPAS) that weigh 250 grams (g) up to and including 25 kilograms (kg), and are operated within the drone pilot’s visual-line-of-sight. Effective June 1st, the new rules are enforced by Transport Canada and the RCMP, and those who break them face serious penalties. Fines and jail time can be given for “putting aircraft and people at risk, flying without a drone pilot certificate”, and “flying unmarked or unregistered drones”. All drone pilots whose machines weigh between 250 g and 25 g are required to get a drone pilot certificate, and those conducting basic operations must acquire a Pilot Certificate – Basic Operations. Pilots will need to mark their drones with their registration number before they fly. 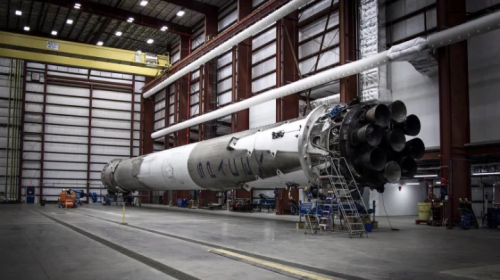 The launch has once again been delayed for the three-satellite package known as the Radarsat Constellation slated to enter orbit between February 18th and 24th. The SpaceX booster rocket (carrying an unmanned cargo capsule bound for the International Space Station) intended to make a soft landing in Cape Canaveral. However, due to a hydraulic pump failure which affected a fin used to steer the booster and caused the rocket to land in the sea offshore. This failure—plus the discovery of a fault in one of the three Radarsats back in 2017—has pushed launch dates forward. The $600-million budget for the project that was approved in 2008 has now ballooned to $1 billion; the Canadian Space Agency estimates that it would cost $600 million or more to replace the three satellites if they should break down in orbit or be destroyed before reaching their destination.

Spain’s prestigious National Award for Excellence in Academic Performance has been awarded to Teledyne CARIS’ Marta Padilla. The award is given to those who are recognized as the overall best student in the country. Padilla is praised as a talented developer with degrees from the Polytechnic University of Madrid and the University of New Brunswick, and is currently playing a major role in the development of the next generation of geospatial software products. Her work will undoubtedly go on to make the world a better place for those who use geospatial data.

Maxar Technologies has announced the appointment of Daniel Jablonksy as President and Chief Executive Officer of the company. Jablonsky, who had most recently served as President of DigitalGlobe, is said to have been a key member of management and has taken on increased responsibilities. Jablonksy succeeds Howard Lance at Maxar. Mr. Jablonsky said, “I am honored that the Board has appointed me to lead Maxar at this important time. Our top priority is to serve our government and commercial partners and strengthen our operational and financial performance, including delivering sustainable revenue and cash flows, determining a definitive resolution for the GEO communications satellite line of business, and clarifying longer-term growth prospects, required investments, and the optimal capital structure.

I’m thrilled to announce our first tracks, forums and summits for GeoIgnite 2020. A big thank our GeoIgnite conference committee…

Hey Geographers! How to Pick the Right Canadian Grad School: A Geomatics Perspective

Applying to grad schools can be a big decision in your lifetime. Maybe you are a student who is inspired…

A Very Happy Holiday’s and Happy New Year to the entire Canadian geospatial and location technology community. On behalf of…