Canadian Geomatics Industry Association: Worth Supporting Or Not?

Some have voiced a concern that Canada’s geomatics industry does not have a viable trade and industry association. There are many examples of organizations that link to the edges of geomatics. Examples include the Association of Canada Lands Surveyors (ACLS) which supports surveyors, the Canadian Institute of Geomatics which is oriented towards International Surveyors (FIG), the International Society for Photogrammetry and Remote Sensing (ISPRS) and the International Cartographic Association (ICA).

Meanwhile, GoGeomatics can be seen as the newcomer, and has generally struck a wider geomatics and geospatial swath through the Canadian landscape than others, willing to embrace the reality of new spatially-based trends where more industries use spatial technology but often follow IT sector norms. At the same time, Natural Resources Canada (NRCan) has merged the Mapping Information Branch and the Canada  Centre for Remote Sensing were combined into what is now called the Canada Centre for Mapping and Earth Observation (CCMEO). TECTERRA has also had considerable success supporting emerging new technologies and companies in Canada, and its benefit to the Canadian industry was recently renewed with a new round of funding.

It has been estimated that nearly 4000 businesses and organizations are either developing or using spatial technology in the country. One might reasonably wonder: why aren’t they more aligned and focused together?

The cartographic, surveying and remote sensing elements are all supported through the above agencies, yet, one can readily see spaces between directions they pursue, types of services and so on. There are many possible reasons that this has not taken place, a fact that people in other countries also voice – a fragmented and widely dispersed geo-industry.

Defining the geomatics industry in Canada

Last year GoGeomatics published a series of articles about identifying the geomatic sector in Canada. The results and responses were eye-opening. In general, the label ‘geomatics’ is recognized by selected professionals, but has not gained traction in terms of public identification, nor as an integrator for the marketplace using spatially based technologies. In short, professionals know more about these terms and definitions than the general public, including related officials like urban planners, architects and more IT related sectors.

Although a large number of surveyors identify with geomatics, the spatial information sector and those 4000 companies and organizations using and producing spatial tools, technologies and services, are much greater in numbers than the narrow surveyor band alone. And while the surveying sector alone is well understood,  and structured within provincial and national organizations in Canada to meet it’s challenges through various associations, in industry terms, the larger spatial group of users is less well delineated, lacking in focus.

The actual functional use of spatial data and geomatics technology is far greater in size than any professional body seems to be embracing at the present time. New initiatives in robotics, augmented reality, 3D and 3D, animation, geo-intelligence, 3D medicine, advanced modelling and measurement systems together with legislative and policy changes, represent new areas of geomatic challenge. Consequently, what we previously viewed as a geomatics industry is far wider in scope than previously held.  An industry and trade association for the geomatics industry in the surveying sense is already present. An industry and trade association in Canada for the ‘spatial industry’, however, remains illusive, blurry and without clear identification – and does not embrace new directions.

What should a geomatics association do?

Associations generally come together at the request of memberships. They exist to support members through a wide variety of activities including the delivery of professional courses, professional development, acting as liaison to special communities or areas of interest, advising on specific policy or legal issues and so on. Most associations also attempt to support the reputation of their memberships through ties to other bodies and organizations and the delivery of external communications and events.

Research into association activities has pointed out the value of associations. However, it has also been shown that most organization bodies are relatively poor at setting goals and directions, and more often than not, they lack actions that measure whether or not they are reaching mileposts or goals that they have set. I’ve given up on presentations that continually say this sector will be worth so many dollars by 2018, 2020 or 2050. Nice headlines, but true substance is lacking.

I am arguing this only because as I mentioned earlier, Canada seems to have many agencies and associations that participate in the geospatial and geomatics realms. But it lacks an association that is either knowledgeable enough to integrate the width and breadth of what geomatics and spatial technologies truly embrace, and or the willingness to push forward a pro-active agenda that would push geomatics higher up the Canadian economic and political food chain in such a way that geographic information systems (GIS),  surveying and remote sensing would cross a wide number of industry sectors.

In principle, many of Canada’s universities and colleges are already delivering educational and professional development courses for geomatics professionals – do we need associations to do this too?  Or are we really talking about a new and strategic kind of association?

Rather than training, a few more professionals special courses, wouldn’t the geomatics community be better served with pro-active goals that set sail toward a new world of robotics, higher levels of spatial intelligence in applications and new trends that build on Canada’s Centers of Excellence, industry objectives and economic growth perspectives emerging internationally?

There is definitely a need for a new kind of association for geomatics. One that embraces changes, emerging and new directions while being willing to take a long term perspective with risk and unknowns. Such an association would support not only existing members, but associate itself with pro-active growth, setting goals and markers that identify it’s growth and a willingness to adapt as successes whether they are met or not. Asking where we want geomatics to be in 5, 10 or 20 years time is a reasonably beginning.

But other factors come into the mix. For example, the question of available data is important, however, we have not created the mechanisms for people to address questions of national, regional and local spatial concern. How would you build a local citizen-industry-government cloud-based interactive, strategic application? How would you create mobile tools that engage citizens into spatial questions of national concern? We’re overflowing with ideas, data, and internet possibility but have not raised awareness to the general public nor built the implementation mechanisms the spatial value will be funneled towards.

Others, like the European Environment Agency, are thinking about public-government interaction, founded on data and access tools. The building information modelling (BIM) sector in Singapore, for example, is seeking to change how construction contracts are let and operated in such a way that the true digital value of BIM software can be put into action and realized. In the UK, legislation on the BIM front is pushing a vibrant construction and design industry sector ahead.

Any new industry association needs to think beyond chest pounding alone. It needs to actively think about injecting value into society more, and making that real and measurable in numbers of jobs, enrollments, new innovation companies and improved business, sustainable environment and infrastructure processes.

A vibrant spatial sector should reveal a truer character of whether or not Canadians truly see and value spatial knowledge and technology in their society.  It should be visible and apparent.

4 comments on "Canadian Geomatics Industry Association: Worth Supporting Or Not?" 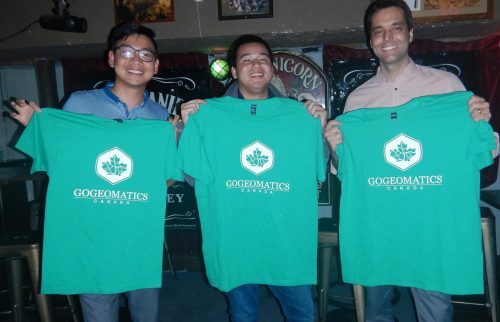 Our Biggest Events Ever Across Canada with 500 Participants & 20 Sponsors: 5th Annual 2018 GoGeomatics Canada Back to School Socials

The 5th annual 2018 Back to School GoGeomatics socials were a huge hit with students and professionals. We hosted events… 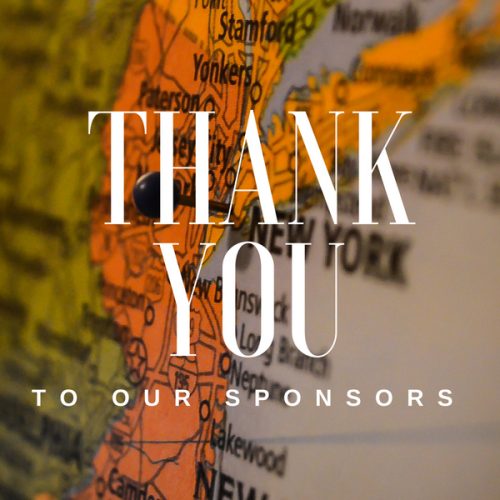 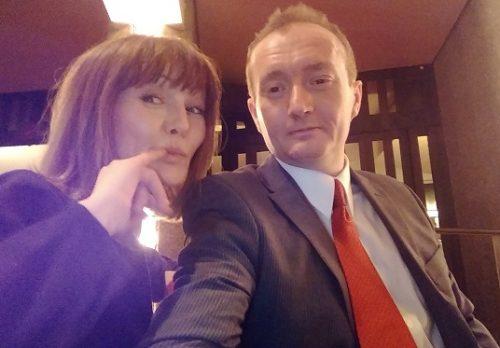 GoGeomatics Founder and Editor, Publisher and Managing Director Jonathan Murphy has been nominated for the Influencer of the Year award. Jonathan…