CGCRT/GeoAlliance: Getting Off on The Wrong Foot

Since my last article on the CGCRT project, I’ve been waiting and watching for the CGCRT to address some of the concerns that both I and others in the community raised, particularly about the name “GeoAlliance” and the funding structure. I did not have to wait too long.

If you are still getting emails from the CGCRT (some of us don’t anymore), you might have received news about their April 20th event in Ottawa. In this email, they mention that they have decided to rethink the $1,500 buy-in for members. That’s a positive step and a climb down from the “take it or leave it” approach they offered in the past. But the email explains that they have also decided to double down on the GeoAlliance name and it won’t be up for discussion at the April event. Keep in mind that at the time this article was written, they had not yet distributed an agenda for the event, and so we don’t know for certain if they will change their minds and put it on the agenda. But imagine the temerity to tell a community of leaders that you are inviting them to discuss important matters facing us as a sector, but certain topics are off the table. In fact, that they are forbidden. High-handed indeed. 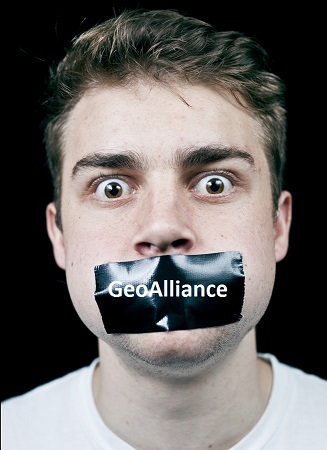 Some in the Canadian geospatial community might think that because I’m the Managing Director of GoGeomatics Canada, I’m biased towards using the word “geomatics” for all things relating to Canada’s geospatial community. I can assure you, that is not the case. I have publicly challenged the word several times. Last year, I created a video for the CGCRT June event where I went out to Parliament Hill and asked people if they knew what geomatics was (spoiler: most of them didn’t). I’ve also written more than one article declaring that the word just plain sucks. So if that’s the case, why am I and others so disappointed with the name GeoAlliance and the subsequent communication spin of “geocommunity” (a term, by the way, that I can’t find in any of the documents or reports created during the course of our work on the project, until now)?

Putting The Cart Before The Horse

In the Strategy that the CGCRT adopted, there is a whole section on identity and its importance. The name of the umbrella group that is tasked with working on that is obviously an important one. Seeing as the creation of an identity and brand was one of the goals to be looked at once the umbrella group was up and running and the community was engaged, it makes it that much more disastrous that the CGCRT starts muddying the waters by using terms like “Geo” and “GeoCommunity.” Terms that the community has not adopted nor discussed. It will be hugely difficult to come up with a coherent brand or identity for us as a sector when the umbrella group has already unilaterally started building one. I would not have minded if they had gone with something more neutral like the Geospatial Alliance of Canada or the Geomatics Alliance of Canada. You can go anywhere from there.  In fact, those are the words the community would prefer for us to use. At the June event last year, they insisted upon it.

The CGCRT Ignores The Community It Purports to Lead

Another reason I disagree  so strongly with the direction that the CGCRT has taken with the proposed name GeoAlliance is the way in which they did it. I went back to the transcript of  the 2014 June event and found the section where we, as a group, called for a vote which was conducted by Ed Kennedy on the use of the terms geomatics and geospatial going forward. A show of hands led to a decision adopted with the approval of the community that we would use geomatics to refer to us as a core group, and geospatial to refer to the community in general. In fact, this is what became the basis for this article by Ed Kennedy and Evert Kenk. Despite this, we somehow still ended up with the nonsense name “GeoAlliance.”

Why did a very small group of people behind closed doors vote to throw out the words we decided upon as a community and choose a word that never once came up in discussion through the history of the project or at the June event? They might try to argue that it was a well-considered decision by consensus. I wish that were so, but it was a done by vote within a very small group within the project, and that vote was not even close to being decisive. I’ve called for the record of this meeting and vote to be made public – after all, it is an open and collaborative project – but that has not yet happened.

How Do You Create A Brand for Canada?

As any marketer worth their salt will tell you, you can’t create a great brand overnight and you can’t beg, borrow, or steal it. The creation of a Canadian brand for our sector will take time. A lot of time. It will take five to ten years of concerted effort on all our parts to do this.

Trying to pick one word out of a series of imperfect words to describe our sector is impossible.  Everyone seems to be under the false assumption that the most popular term is the name to go with. They are looking for an identity in a can, ready to go right now. The name GeoAlliance comes from the same fuzzy thinking on communications and marketing. To be sure, a brand is not just a name or a logo. It’s a promise. It’s promise to your clients, staff, volunteers and the world in general about what you will do and how you will do it. Part of creating a brand is differentiating from other brands. Creating a brand for our sector is going to be no different.

The Most Popular Word is Not The Best Choice

I’ll give you an example using search engine optimization (SEO) to illustrate. When you are trying to find terms for a website that will drive people to your site or at least help them to find it, you have to use terms they use, while avoiding terms that everyone else is using. If you don’t, you will get lost in the vast ocean that is the internet. 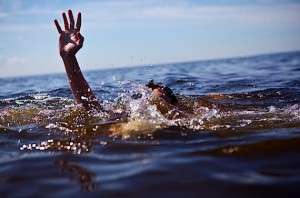 “Geomatics” comes up only 900,000 times, while “geospatial”, “mapping”, and “geography” get numbers reaching the 26 million mark. The erroneous assumption is that more is better. Does that mean we should all jump into the already teeming waters of one of those terms and fight for an identity and brand? That’s a bit like seeking out the deepest ocean to drown your brand and your identity in. With “Geo,” the ocean is deepest of all, with over half a billion hits on Google. This is one of the strongest indicators that “GeoAlliance” is an obvious branding and marketing misstep.

The Earth Alliance of Canada

Another reason I have such a problem with the term Geo? From a marketing and communications perspective, it doesn’t actually mean what the people who came up with it want it to mean. That just makes us all look foolish. “Geo” is a Greek prefix that means “Earth.” In that light, the new name that represents the geomatics sector and geospatial community is called the “Earth Alliance of Canada.” To me, that sounds like an environmental group that’s trying to protect the planet. A great goal, but not exactly what our brand and our identity should be. When you start to take it apart and really look at it, it just all seems ridiculous.

Admit The Mistake And Move on 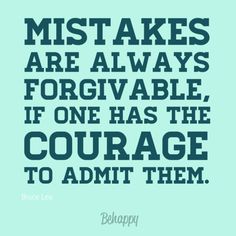 I have the highest respect for people who volunteer to work together on the issues facing our community. However, just because you get a group of volunteers together in a committee doesn’t mean they are infallible. Mistakes are not the end of the world, and can be easily corrected if caught early. Unfortunately, at this point it seems much more about ego and saving face than it does about doing right by the community and the project. We need to be able to admit when we make mistakes and move on to correcting them. As well, we need to be able to discuss it. My hope is that wiser heads will prevail. Personally, I always thought that when things got up and running, the professionals would be called in to help work on the identity and brand of the sector. I hope that still happens. As evidenced by this very public debacle, it is obviously needed.

Can I make a suggestion? Just go with the Geospatial Alliance of Canada and we can move on to create a brand and identity for our sector. I will have time for one more article leading up to the April 20th event.

11 comments on "CGCRT/GeoAlliance: Getting Off on The Wrong Foot"