Looking Back at GoGeomatics Groups in 2015

When I started GoGeomatics Canada in 2011, I had no idea how successful it would become as a community. We now have over 6,000 regular participants and continue to grow. GoGeomatics has always been a team effort, and as this year draws to an end, it’s a good time to look back at our community accomplishments and thank the individuals that have made GoGeomatics such a success. I did not do this alone.

The Importance of Socials

By holding socials each month over the course of 2015, we brought together over 2,000 members of the Canadian geomatics community. We have networking socials in Vancouver, Nelson, Calgary, Edmonton, Toronto, Kingston, Niagara, Ottawa, and Halifax.

2015 was the best year yet for the GoGeomatics Canada community. The stand out event of our year has to be the cross Canada “Back to School Socials” held in September. We had 350 (almost double the year before!) geomatics students, professors, instructors, professionals, and business leaders come out and welcome the newest cohort of students to the community. Not only were numbers up, but we also had double the amount of sponsors that made the whole thing possible. If your organisation wants to get involved, drop me a line. We are looking for more sponsors for 2016. My email is also in my bio below.

For the first time in 4 years, we had a large changing of the guard amongst our volunteer group leaders in Canada. These individuals gave of themselves to help mentor and guide the GoGeomatics groups, some from the very beginning. Together we have created the most successful geomatics and geospatial networking group in Canada.  I want to thank all of them for their hard work and dedication.

In Vancouver, we would not be where we are today without the leadership of Joy Leimanis and Catharine Ennis. For 2016 they have graciously stepped aside to allow a new generation of leaders to come forward. Stepping up to leadership roles are Shannon Cox, John Cristiani, and David Solari (Go BCIT!). Vancouver continues to be one of the largest and most popular groups in our community.

Calgary took a year to grow into what is now the largest GoGeomatics group in Canada. This was done under the steady leadership of Aubrey Downie. He continues to foster the GoGeomatics community in Calgary along with Maria Meier who is a new addition to the team. I want to thank Kirsti Oja for her leadership in Edmonton and Calgary in 2015. She has been our team Alberta group leader wearing both Edmonton and Calgary leadership hats this year. 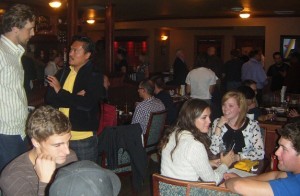 A huge thank you to Fiona Gregory who has helped bring the Edmonton group together and get it on it’s feet. Tanvir Ahmed continues to lead and has been joined by Dianne Michalak, Jihyun Seo, and Nicolas Chupik.  We are expecting great things in 2016 for the Edmonton group.

Toronto has been the steady flagship of the GoGeomatics groups and was one of the very first to start up. Cameron Obrien was instrumental in building Toronto up and keeping it going. We were sorry to see him leave in 2015 and wish him well. Perhaps the most popular and influential GoGeomatics group leader in Canada is Corey Trott. Corey is a natural leader who makes all the new members in Toronto feels welcome.  He provides the solid base for the continued growth of the Toronto group. Susie Saliola has joined the team this year in Toronto and her talents are greatly appreciated as well. We are hopeful that Catharine Ennis formerly of the Vancouver group will be joining the Toronto leadership team. We have a great set of speakers lined up for Toronto. I think we are looking for a new venue for 2016. 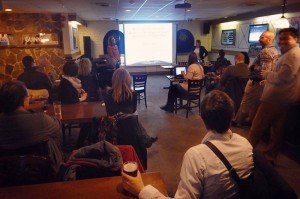 In Ottawa, I have been the group leader for a number of years.  I have stepped back and we have enjoyed great success under the leadership of Kevin Ballantyne and Jeff Liepens who both work for MDA. We are now looking for two more group leaders for Ottawa.

GoGeomatics Niagara enjoys the distinction of being the second oldest GoGeomatics group in Canada. Since the very beginning it has been Darren Platakis,  who through perseverance and hard work that has gotten us here.  Darren is also the founder and leader of GeoSpatial Niagara.  This year Darren has been joined by Neal Pilger who is the Executive Director at Pilger Geospatial Inc.  Thanks Niagara!

Tristan Forward who was one of our best group leaders in Calgary has struck out on his own. Now living in Kingston, Ontario he has started a new group there. Its only been 6 months since he started and already this group is building.  With Queens University in the same city and quite a few GIS professionals in town, GoGeomatics Kingston has a bright future.

A small but passionate GoGeomatics group, and one of our newest, the West Kootenay GIS group, as they liked to be called is our very own GoGeomatics Nelson BC group. The leaders there are Ian Parfitt, the GIS instructor from Selkirk college, and Chloe Denny a passionate practitioner of the geomatics arts.

We don’t have many socials in Halifax, but when we do, they rock! We have Ted Mackinnon to thank for this and all the students from COGS who make the trip down every year for the Back to School Socials.

Thank You Our Readers and Participants:

The group leaders make it happen but the participants are the reason we do what we do. Our socials bring together people who are interested in geomatics from every demographic you can think of.  I want to thank them and everyone else who has joined us at one or more socials over the year. It is through participation, sharing knowledge, connections and experiences that we all grow and ultimately benefit our industry and Canada as a whole.

If you want to help support GoGeomatics Canada you can do so by emailing me for: 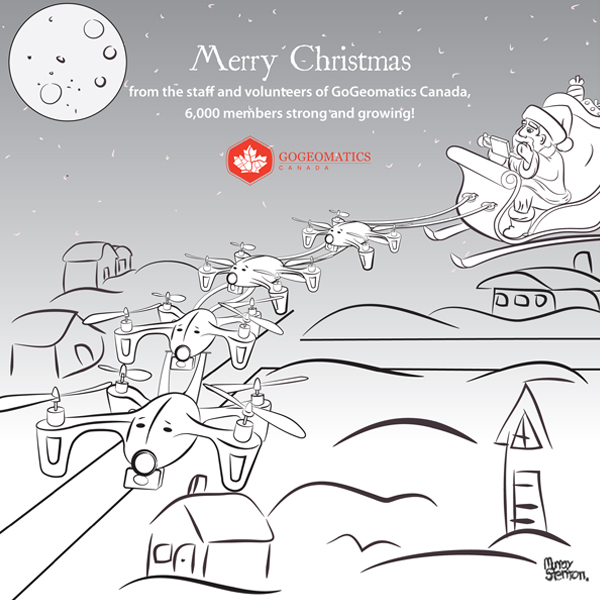 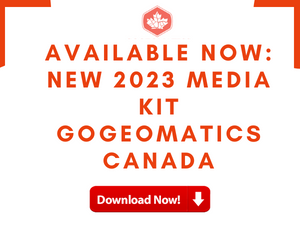