Breaking down data barriers: Geospatial data to the rescue 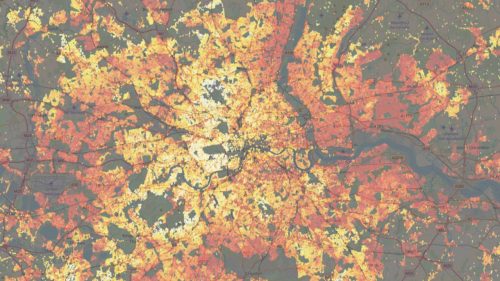 Image from the Raconteaur (OpenStreetMap)

Whether predicting flu outbreaks in Indonesia at Black Swan, tracking global deforestation with Ecometrica, or using LiDar and PCA Predict to perform risk assessment, using data analysis to gain geographical or spatial insights is shaping human and environmental affairs across the globe. GIS technology has evolved to handle operations as varied as mapping the Internet and determining spatial distribution of deaths in the UK so that crematoriums can be built in optimal areas. Andy Williams, head of geospatial at Carter Jonas says, “[…] it is possible to adapt data collected at one scale for use at another, allowing a national need to be shaped by local commercial and political geography.”

Smart Cities are becoming a buzzword in Nepal, Tibet—but it isn’t the first time the concept has appeared in Nepalese culture. During the Licchavi period, cities of Nepal reflected the attributes of a smart city: designed with pedestrians in mind, with open roadside supermarkets and socially sustainable networks called Guthis, which were buildings for accommodation and work. By combining information and communication technology with inspiration from Bandipur, Kirtipur, Bungmati, Lubhu and Khokna, Nepal can create highly livable cities that honour cultural heritage.

UPS has a great track record for embracing new technology, and its current use of big data and artificial intelligence is enhancing its efficiency in more than 220 countries and territories. The UPS Bot is an AI-enabled tool that imitates human conversation and responds to customer inquiries, while the My Choice system allows customers to obtain information about their incoming deliveries without a tracking number. These and other technologies are improving the customer experience, providing innovative delivery solutions and optimizing UPS’s business performance. 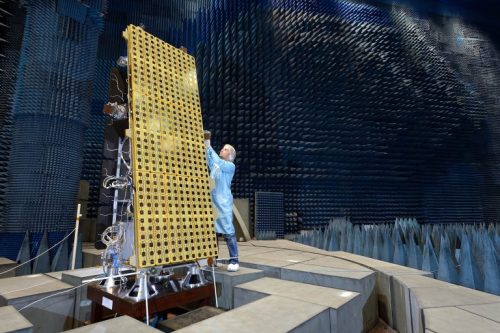 Australia’s national science agency has announced that the CSIRO Centre for Earth Observation will be dedicated to the collection and analysis of Earth data. The new centre has already signed its first agreements for satellite calibration and validation with Geoscience Australia for the Digital Earth Australia program. It will also represent Australia on the international Committee on Earth Observation Satellites, perform research into new satellite and sensor technologies, and manage access to the S-band Synthetic Aperture Radar satellite NovaSAR.

Blockchain technology was a major topic for discussion at the recent Big Data Toronto conference. The panel (which included Stephanie Nguyen, director UX/UI at Coinsquare, Lucia Gallardo, founder of Emerge, Oscar Roque, AVP of mobile products & platforms at Interac, and Jordan Himel, head of new venture developments with the Ontario Telemedicine Network) agreed that while complex and still largely unknown, Blockchain has the potential to grow and provide immense benefits to sectors like health care, while being reliable in terms of privacy, security, anonymity and the protection of personal information. Blockchain stocks are already available for savvy investors who keep their eye on blockchain’s evolution through the coming years.

Join #Don’tLetGoCanada to preserve our space legacy!  Canada has long been a leader in space robotics and science, Earth observation,…

In today’s geomatics society, ArcGIS, developed by Esri, is a giant and dominates the GIS software market. However, there are…