The Gaofen-5 and Gaofen-6 Chinese Earth observation satellites have officially been put into service. During in-orbit tests the satellites provided data on environmental monitoring, natural resources, and natural disasters. China is expected to complete the construction of its space-based Earth observation system with seven high-definition satellites later this year. The Gaofen-5 is the first Chinese satellite capable of monitoring air pollution, while Gaofen-6 can provide high-resolution images of Earth, facilitating the monitoring of natural and agricultural disasters, crop yields, and forest and wetland resources.

GIS vs. Geospatial: overlap and diversion

GIS professionals long to be recognized as more than just people who “do things like Google Maps”, says Will Cadell of Sparkgeo. Part of the issue of GIS identity is its differentiation from geospatial: GIS uses hybrid technology to create custom cartographic and analytic products, while geospatial uses code to create streams of cartographic and analytics products. Geospatial turns GIS into code. Because of the proliferation of substandard data products, GIS professionals will be necessary as long as there are consumer-facing geospatial applications; as the market evolves, GIS people could well become “data people” while geospatial people become “distribution people.” You can hear more from Will Cadell at GeoIgnite 2019, where he will be one of our main speakers.

The Caribbean Community (CARICOM) has signed an MOU with ESRI, who will help CARICOM develop a geospatial platform that will facilitate solutions related to regional economy, sustainability, and quality of life. Geographic-based data will be used to make sure all CARICOM residents benefit from development, especially in the realm of natural disasters (to which the CARICOM region is highly susceptible, having been severely impacted by multiple hurricanes in the last two years). Dr. Silburn St. Aubyn Clarke of Spatial Innoivision Limited, ESRI’s Caribbean distributor, says:. “We are extremely happy to co-create these various future opportunities for the ultimate benefit of our CARICOM citizenry.”

In a unique new trial, the UK Space Agency is making free satellite images available to the public sector. The Space for Smarter Government Programme (SSGP) will make available the commercial archives of images and radar data from the Satellite Applications Catapult in Oxfordshire for the next three years. The Agency hopes to “stimulate the next wave of satellite enabled application development” and encourage interest in the UK’s space industry. Sara Huntingdon, the UK Space Agency’s SSGP Manager said, “We are doing something new, which tries to break down barriers to innovation, and I can’t wait to see what ideas and projects arise.” The images have been captured by several satellite projects operating between the UK and European Space Agencies, including the Copernicus and Sentinel missions. 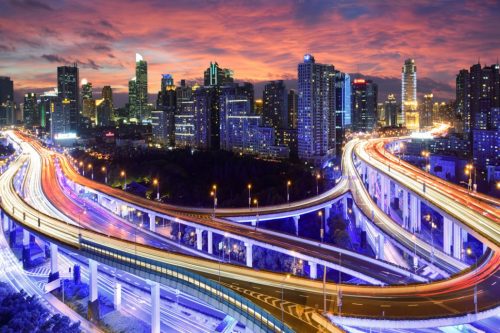 Future Cities Canada is a national initiative aimed at accelerating open smart cities; they have recently launched The Community Solutions Network, a platform for communities to connect and promote smart cities being led by Evergreen, a national non-profit collaborating with technical partners like OpenNorth. The program is being run by Smart Cities Community Support Program of Infrastructure Canada alongside the federal government’s Smart Cities Challenge. An advisory service will be offered to Smart Cities Challenge finalists, focused on community-readiness resources and personalized support; event-based programs will begin in late spring.