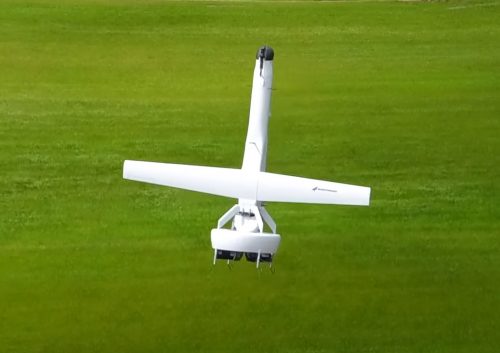 In the City of Ottawa, the projected population in 2046 may reach 5 million, urging the government to focus on urban intensification instead of sprawl in future developments because crowds and congestion will very likely to happen. As a result, a study named “15-minute neighborhoods” has been carried out to understand the allocation of current services and infrastructures in the capital city. It also includes development suggestions to improve pedestrian environment. The gradient map helps decision makers to find out potential areas that can be redeveloped for new, compact and complete communities.

Canadians should be aware of the latest UN climate impact report

The United Nation Intergovernmental Panel on Climate Change (IPCC) released a report this week to warn us about threats caused by climate change. The report shows that our planet has already warmed 1.2C above pre-industrial level. For instance, in the Arctic area, melting permafrost will release more greenhouse gases such as methane to the air which speeds up global warming and sea level rise. We are experiencing extreme heat waves and intensive wildfires this year in Canada, forcing people to evacuate and causing damage to properties. It is expected that extreme weather events will happen more often because of climate change. The report suggests a low carbon emission scenario which can slow down the process of global warming, however it requires cooperation from both multinational corporations, governments and individuals to change our lifestyle and consumer habits.

Foodies in London, Ontario are now having a new online geospatial tool to explore the taste of Latino. Culturx.ca, which includes an interactive map to pinpoint Latino restaurants in the city, is aiming to share information about the community and enhance the sense of belonging. The founders, David and Maria, believe that the platform is a good place to promote Latino culture. Details about the restaurants are displayed with the map, including the origin of the food, personal recommendation about dishes, parking information, and whether they provide delivering services or not. The map is still expanding, and same for the Latino community.

Major Canadian cities are on their way to reopen businesses and resume normal life. Québec City will host the 10th International Conference on Agro-Geoinformatics and the 43rd Symposium of the Canadian Remote Sensing Society next year on 12-14 July, 2022. It is the first time for Canada to host such event, and the conference will take place at the Québec City Convention Centre. The conference will be focused on topics related to agronomy and remote sensing for sustainable agriculture. The city is looking forward for economic opportunities and growing reputation that come with the international scientific event.

The Canadian Coast Guard has completed Phase 1 trails of the Martin UAV V-BAT at an Oklahoma UAS test facility. It was originally scheduled to be tested in Canada but was changed to a virtual system demonstration from the U.S. due to the travel restrictions. The fixed wing drone will become a part of the UAV surveillance system for Canadian Coast Guard Vessels. It has an outstanding take-off and landing performance, making it possible to be operated at confined space on shipboard. Features recorded from the video will be categorized with an object detection software and analyzed by an Ottawa-based company Kongsberg Geospatial.