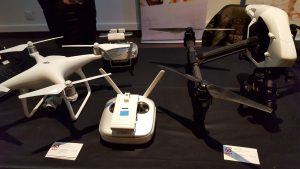 I had the opportunity to celebrate GIS Day by attending the event hosted by the Alberta Geomatics Group at the Glenbow Museum in downtown Calgary, Alberta. Previous GIS days have been held at the Calgary Zoo and Telus Spark.

At the event, I meet new people, reconnected with old colleagues and past instructors. There were a few exhibits at the GIS day event involving GIS activities in and around Calgary. Some of these activities included drones displayed by SAIT Polytechnic and 3D map of Glenbow Reservoir. This 3D map was interpreted by Stanton Hogg and was created by Protospace. Also, I learned about open source data, which is available from the Calgary Regional Partnership (CRP). The CRP has over 100 datasets from Calgary and its surrounding area. 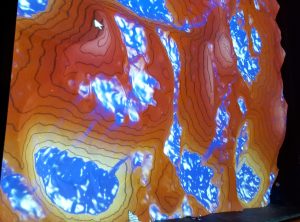 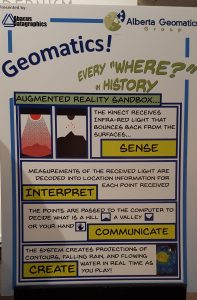 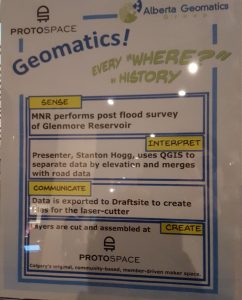 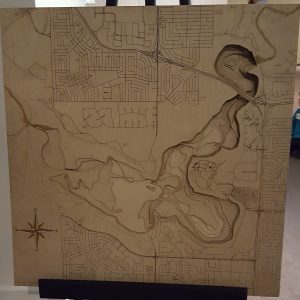 3D Map of the Glenbow Museum. 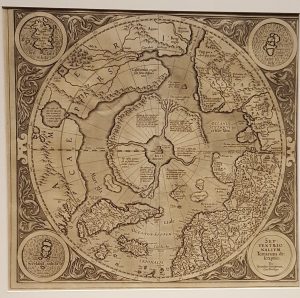 Fancy map on display at the Glenbow Museum. 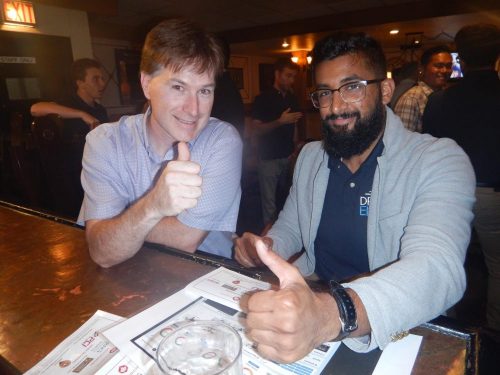