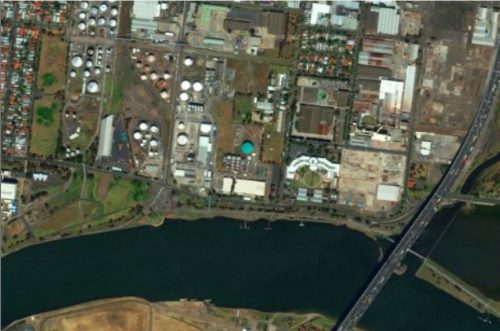 Advances in Satellite Imagery and Technology Cause a Basemap Evolution

Digital mapping as a discipline emerged in the 1960s, when the U.S. Census Bureau used geographic information systems (GIS) and digital cartography to fully understand and visualize population trends. Since then, the abilities of geospatial data collection and problem-solving have exploded. Innovations in digital tools for gathering, visualizing and analyzing geospatial information created new possibilities for public and private sector organizations alike. In a sense, mapping’s digital revolution launched the democratization of maps: they became easier to build, transport and share—and opportunities and marketplaces for satellite imagery as a source of ground truth were born.

Opportunity had its limits

Despite digital mapping’s seemingly limitless opportunities, significant obstacles remained. Procuring images in strips one by one was expensive, slow and did not facilitate customization of specific areas. What’s more, fixed satellite collection plans made it difficult to keep maps up to date with the rapidly changing world below. At times, the race to innovate delivered compromised accuracy and image integrity; different systems, methodologies and projections in their early stages caused inconsistencies in conflation and matching.

As free tools like Google Earth put basemaps in the hands of the masses, mission-focused organizations realized the potential of professional-grade imagery basemaps. They understood that having a true view of the locations and resources that mattered most to them would bolster their business intelligence. Maxar was instrumental in this history—and continues to lead the imagery basemap business.

The leader in sophisticated Earth imagery

First, Maxar launched Global Basemap in 2011: a catalog of map-ready image strips accessible online. This product offered imagery across the globe and a commitment to cover the landmass in mosaics–one degree cell at a time. While the buildout of small-scale mosaics offered improved efficiency and aesthetics for our mapping customers, we understood the need to go bigger.

Fueled by advancements in cloud computing and machine learning, Maxar introduced the first ever high-resolution, country-wide basemaps in 2013 that delivered near-seamless, large area coverage. Consistent resolution and accuracy across these much larger areas offered customers the enhanced ability to locate resources, extract features and plot points of interest on a basemap that covered the entirety of their large areas of interest. The result: a mapping revolution of sorts. Uniform countrywide maps became a reality, and large-scale imagery basemaps delivered unparalleled image quality and premium content—and in turn, greater customer confidence.

Image integrity over speed to market

Competition abounds. While others in the industry may bring updates online faster, their speed to market compromises resolution consistency and image accuracy. Their basemaps are often a patchwork of imagery that has different resolutions, which trained machine learning algorithms can’t navigate easily. As a result, their customers find it difficult to extract ground features at scale, causing the customer to map the features manually, wasting time and valuable resources.

Maxar prioritizes the needs of modern-day mappers over speed, building reliably consistent resolution and accuracy into every image basemap so mapmakers can be confident that objects like buildings, roads, energy infrastructure and utilities are placed correctly the first time—and with every subsequent refresh.

The future is bright

Basemaps are the foundation for global scale mapping and Maxar continues to support mapping innovation with industry-leading imagery basemaps. The road ahead brings ongoing improvements in currency, clarity and accuracy, which will be accelerated by after our WorldView Legion constellation launches next year.

As Maxar remains dedicated to delivering the highest quality and most reliable imagery solutions available on the market, customers can identify features on the Earth with greater efficiency, precision and recall. As a result, customers are building faster, more reliable communication networks. They’re moving goods and people around the world more safely. They’re producing energy more sustainably. And they’re better equipped to protect the world’s most valuable—and vulnerable—resources and populations.

Maxar is a trusted partner and innovator in Earth Intelligence and Space Infrastructure. We deliver disruptive value to government and commercial customers to help them monitor, understand and navigate our changing planet; deliver global broadband communications; and explore and advance the use space. Our unique approach combines decades of deep mission understanding, and a proven commercial and defense foundation to deploy solutions and deliver insights with unrivaled speed, scale and cost effectiveness. Maxar’s 5,900 team members in 30 global locations are inspired to harness the potential of space to help our customers create a better world. Maxar trades on the New York Stock Exchange as MAXR