Unprecedented ice jams led to extensive flooding in Prince George as temperatures dipped to record lows in the winter of 2007/2008. City officials declared a state of local emergency on December 11, 2007, ordering dozens of homes and businesses along the river to be evacuated. Residents experienced severe property damage as well as disruption to road and rail routes.

McElhanney mobilized our Leica ALS50-II lidar system and RC30 aerial camera system to the project site, along with a ground survey crew. The survey crew established UTM coordinates for a series of targeted ground control points, as well as a tracking station over a known control monument to provide airborne positions for the lidar and camera systems. GPS real-time kinematic (RTK) surveys were taken of profiles along hard, linear surface features to be used in quality assurance of the lidar data.

After the lidar acquisition was completed, the data from the individual flight lines were stitched together and transferred to the UTM system. Non-terrain points, representing trees and buildings, were removed to create a bare earth file, which was then filtered down and re-gridded into a raster format at the required point density. A series of breaklines representing hydrographic, hypsographic, and transportation features was compiled from the colour aerial photography and merged with the bare earth points to create a digital elevation model (DEM). This combined data input resulted in sharper and more accurate contour deflections along affected features. Small isolation contours resulting from random noise in the lidar data were also edited out. The data were also used in the orthorectification of the digital aerial imagery to minimize any image smearing and help preserve the integrity of distinct geometric features. 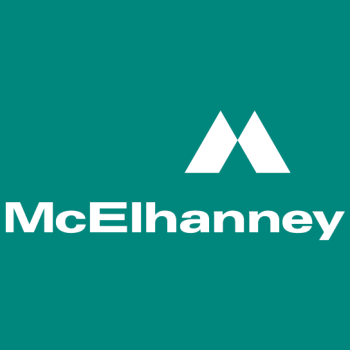 Established in 1910, McElhanney is a Canadian consulting firm, providing professional engineering, geomatics, and specialty services through a network of local offices across Western Canada and in Indonesia.

Sentinel constellations and data products As the ENVISAT program is coming to an end, the European Space Agency has begun…