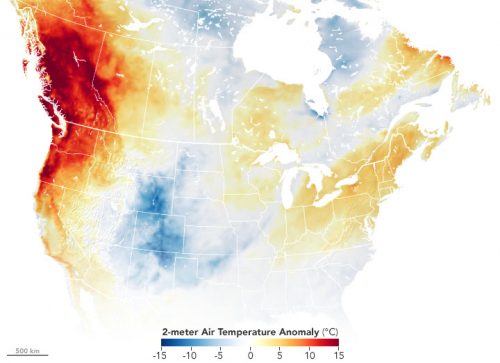 June 2021 was a National Indigenous History Month like no other. With the heartbreaking discoveries made at former residential schools across the country, it is crucial to keep the conversation going. We have collected some of our favourite geospatial applications raising awareness about Indigenous issues across Canada.

Indigenous Cities is an initiative from the National Arts Centre that allows you to “Experience stories from the cities you thought you knew.” They are a series of virtual maps, videos and stories that immerse you in the hidden history of 3 of Canada’s largest cities, giving an incredible look at events that have occurred from an Indigenous point of view. The three cities featured in this year’s instalment are Vancouver, Saskatoon, and Ottawa, with more to come in the future.

Safe Passage is a powerful new application from the Native Women’s Association of Canada (NWAC) highlighting “Stories of missing and murdered Indigenous women, girls and 2SLGBTQQIA+ people [that] are being uncovered every day.” The application includes training materials and data presented in maps, including a density map for the 308 reported cases, as of writing.

A new project hopes to educate people about the incredible diversity of First Nations and their languages in British Columbia, as it “is home to 204 First Nations communities and an amazing diversity of Indigenous languages [including] approximately 50% of the First Peoples’ languages of Canada are spoken in B.C.” They have created an incredible application that allows users to explore the different languages, both geographically, with audio, and with demographic information about how many people speak or are learning a particular language.

If you wish to find out which of the First Nations traditional land you live on, you can text your postal or zip code to 1 855 917 5263. For more information on that project, check out the Canadian not-for-profit Native Land. They also have an incredibly detailed map containing the traditional territories of Indigenous Peoples across Canada, the USA, Australia, and New Zealand.

As we mentioned last week, the Nippon Foundation-GEBCO Seabed 2030 Project has is working towards its goal of reaching 100% ocean mapping by 2030. It has moved the needle drastically from 6% when the project started to over 20% of the ocean floor now mapped. Recently, Teledyne CARIS of Fredericton, N.B. has signed a Memorandum of Understanding in collaboration with the U.K. Hydrographic Office. With over 40 years of experience, the New Brunswick based company is considered in marine circles as a leader in hydrographic and marine geospatial software. To find out more about this exciting partnership, check out this article from SaltWire.

Tracking Wildfires in B.C. as a part of “Historic and Dangerous” Heatwave

Space-based Earth Observation platforms are allowing us to track our planetary systems like never before. With record-breaking temperatures across the U.S. Northwest and Western Canada over the past few weeks, these systems can track anomalies in real-time and allow us to understand these dramatic weather events. NASA has published some imagery and analysis from the record heatwave here.

It’s not quite a crystal ball, but it is the “next best thing” to inform farmers how weather conditions expect to progress, at least for 30 days into the future, that is. Agriculture and Agri-Food Canada has released a new drought outlook tool that is the first of its kind in Canada. They hope to make farmers more informed, allowing them critical decisions for the operation of their farms in any given season. For more on this innovative tool, check out this article from Global News.