TORONTO – July 29, 2014 – Esri Canada, the leading provider of geographic information system (GIS) solutions, is pleased to announce the launch of its GIS Centres of Excellence initiative which is aimed at encouraging innovation in GIS research and promoting teaching excellence in spatial data management and analysis in higher education across Canada.  Initially, there will be Centres at the University of Victoria and Simon Fraser University in British Columbia, McMaster University and the University of Waterloo in Ontario, McGill University in Quebec, and a joint centre between Dalhousie University and the Nova Scotia Community College, Centre of Geographic Sciences in Nova Scotia.  Over the next three years, Centres will be opened in the Prairie provinces, followed by additional Centres in Ontario, Quebec and the Maritimes.

The Centres will increase the opportunity for inter-institutional collaboration across the country and help expand spatial thinking and GIS software use beyond the traditional field of geography into fields that include planning, sub-fields of engineering, earth sciences and environmental management, computer science, medicine, business, and other areas in social sciences including history, sociology and criminology, among others.

“The Centre of Excellence will promote stronger collaboration between researchers in the field across Canada,” commented Professor Suzana Dragicevic, director of the Esri Canada GIS Centre of Excellence at Simon Fraser University. “This formal collaboration will enable sharing, networking and knowledge development in the general area of GIS.  Beyond the research focus, the Centre will also promote GIS to students at undergraduate and K-12 levels, so that we can encourage and excite the next generation of students, workers and researchers in the discipline.”

Each year students from member Centres will have the opportunity to form teams and participate in a weekend app development challenge using Esri technology and spatial data from selected government open data portals.  The winning and second place teams will go on to compete with the top two universities from an equivalent US-based competition.  The winner will then be declared the North American champion.

“Critical thinking and spatial analysis skills are vital to understanding today’s economic, environmental and social issues,” said Alex Miller, president of Esri Canada.  “The Esri Canada GIS Centres of Excellence are an important catalyst in preparing students as they enter the workforce whether they choose careers in business, science or government.”

Founded in 1984, Esri Canada provides enterprise geographic information system (GIS) solutions that empower businesses, governments and educational institutions to make timely, informed and mission-critical decisions by leveraging the power of geography.  The company distributes the world’s leading GIS software from Esri, Schneider Electric, Cityworks – Azteca Systems, Inc. and other technology partners.  Headquartered in Toronto, the company serves over 10,000 customers from 16 regional offices across Canada.  Esri Canada among the elite rank of Canada’s Best Managed companies and is on the Branham300.  Information about the company can be found at esri.ca. Follow Esri Canada on Twitter, Facebook, YouTube and LinkedIn. 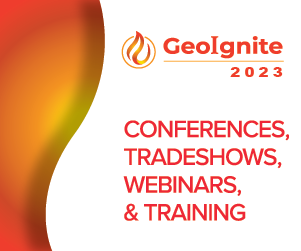