The growing interest in providing open data access has long been integrated into the field of Geomatics. However, the use of Geomatics within open data portals is relatively uncommon. This inclusion provides an interactive and relevant experience to a wide audience. The Polar Data Catalogue integrates these media to deliver accessible Polar research information and research results to the public.

Polar regions are becoming increasingly imperative to world issues such as climate change, resource extraction, transportation and sovereignty. It is important for the public to access and decipher relevant information to have an educated voice in the activities occurring in this sensitive area. In the mid-1990s, an early effort at coordinated data management emerged with the Canadian Cryospheric Information Network (CCIN). The main objective is to enhance awareness and access to Canadian cryospheric information, related data, and satellite imagery. CCIN was formed as a partnership between Professor Ellsworth LeDrew at the University of Waterloo, the Canadian Space Agency (CSA), the Meteorological Service of Canada at Environment Canada, Natural Resources Canada, and Noetix Research Incorporated of Ottawa, Ontario.

The CCIN hosts a webpage containing authoritative information and interactive visualizations, including GIS-based animations displaying sea ice and snow water equivalent maps. An extension to the CCIN page is the Polar Data Catalogue (PDC), which has been available since 2007. It was formed as a portal to facilitate the exchange of information between researchers, northern communities, decision makers, and the public. The repository provides an online public access portal for cold regions data and information, including datasets and results describing polar research datasets, projects, and resources on topics such as weather and climate, sea ice, permafrost, Arctic wildlife, social and health indicators, and public policy. Through partnerships with research organizations and interoperability efforts with other such portals, the data catalogue has grown to more than 1,500 records.

The PDC Geospatial Search application is a full-featured metadata and data search engine and is the main entry point for investigating the PDC collection (Figure 1). A map-based viewer has recently been integrated for displaying and querying selected geospatial datasets. For the available GIS data, the GIS Viewer accesses the datasets via WMS (Web Map Services) from GeoServer. Following discussions with Northern users, a PDC Lite application was developed in December 2012 to provide a search tool which functions at low bandwidth. It is appropriate for community-specific project investigation and is up to 90% faster than the full-featured PDC Search application.

Figure 1. The PDC Geospatial Search application. A geographical area search within the main PDC set of records is shown.

In addition to the project-based datasets, the PDC also provides display and download access to satellite imagery and sea ice charts. The RADARSAT-1 Polar Science Dataset contains images of ice conditions on the Canadian landmass and in adjacent seas. These images cover the years 1996-2007 and can be downloaded in their original CEOS format, as pre-processed high-resolution GeoTIFF files, or in low-resolution formats. Multiple images may also be combined to form a mosaic of a certain region. Also included are the RADARSAT-2 Mosaics of Antarctica, available as individual images or custom mosaics (Figure 3). Additionally, an encompassing mosaic is provided, which is the first of the area since RADARSAT-1 created one in 1997. Greenland images will eventually be available to allow a complete coverage of the prominent cryospheric land regions. Finally, the Canadian Ice Service Sea Ice Charts are available as regional, image analysis, air and ship observation charts. These data include both ice concentration and stage of ice development for the regions surrounding the Canadian Arctic.

The PDC regularly seeks new partnerships and opportunities to share data and metadata. Efforts include an international collaboration to promote and improve data access and preservation. A second Polar Data Forum, (Polar Data Forum II) being held in Waterloo, ON, will build on the successes of the first Polar Data Forum (PDF I) in Tokyo, Japan, October 2013. This will provide a critically important venue for showcasing polar data initiatives, to learn from global partners and work collaboratively to continue developing an international vision and action plan. This notion demonstrates PDC’s aptitude to advocate data sharing and interoperability and advancing the open data movement, which is integral to the evolution of access to information. 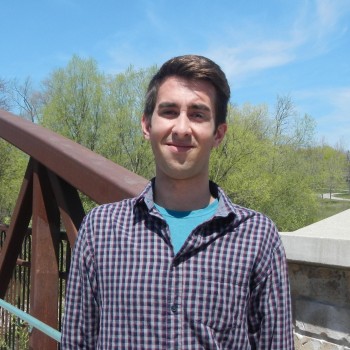 Stemming from my Geomatics Diploma from Fleming College and Geography Degree from the University of Waterloo, I have a keen interest in natural environments and geospatial technologies, and the integration of these fields. I am passionate about conveying data through a variety of media to inform and empower those seeking to address environmental issues. This has led to unique career opportunities, including being part of a UAV surveying start-up and an open data portal for Polar researchers (The Polar Data Catalogue).

One comment on "Open Data Portals and Geomatics: The Polar Data Catalogue"